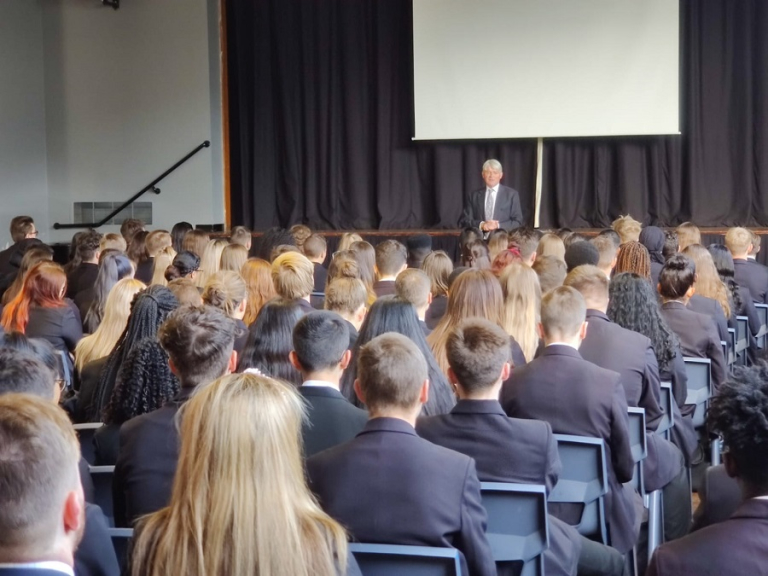 Andrew Mitchell MP has visited Fairfax School to talk about his work as the Royal Town’s Member of Parliament.

Andrew spoke about local, national and international issues including global warming and the political situation in Hong Kong.

“It is always a pleasure to speak to sixth formers in the Royal Town and it was wonderful to meet such a politically engaged cohort. I took questions on a diverse range of hard-hitting policy issues including the ways in which we can tackle climate change and what the Government is doing to prepare for Brexit.

It is incredibly important part of my role as an MP to engage with young people locally. It was wonderful to have an intelligent debate about some of the most important issues that we face as a society. The pupils are a real credit to our Royal Town.”