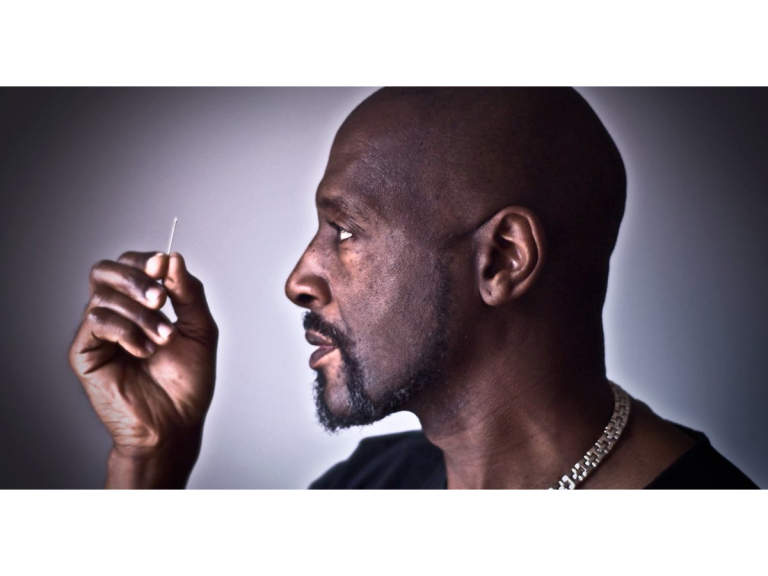 Dr Willard Wigan MBE, the world’s leading micro-sculptor, is to bring a newly completed artwork to Sutton Coldfield Town Hall this April in his first exhibition in the Royal Town.
His pieces of art, some smaller than a full stop in a newspaper, cannot be seen with the naked eye. They are presented in the eye of a needle or on the head of a pin and displayed under specially constructed microscopes.

‘Willard Wigan Through The Looking Glass’ will run from 1st - 26th April at the charity trust venue and is a joint project between the Town Hall and the Birmingham based artist.

The micro-sculptor, who recently broke his own world record for the worlds smallest sculpture - a baby set inside a human hair -, has just completed a new Alice in Wonderland sculpture for his Sutton Coldfield visit.

Dr Willard Wigan announced the completion. “I’ve given this Alice, made from kevlar, a cartoon appearance and she has a wide-eyed look of wonder. This was quite a task,
considering each of her eyeballs are smaller than a blood cell…. so just imagine how small the dots of her eyes are!”

“To paint her dress blue - using a dalmatian hair glued onto an acupuncture needle - I had to keep rotating Alice carefully to stop the colour spreading. To avoid any shakes, which would ruin the piece, I slowed my heartbeat and worked between pulses. It drove me crazy to create, but I know it’s worth it to see people’s faces when completed!”

“I’m really proud of this piece, I created shoes out of fibre rather than painting them on, and she has perfect, tiny fingernails.

A photograph cannot do it justice, people will have to see it through the microscope to make sense of it… and they still won’t believe their eyes!”

Alice will be just one of around 15 pieces in the exhibition. Visitors can pay on the door, with tickets at £6.00 for adults and £4.00 concessions (under 16s, students and over 65s).

A pop up cafe will be available featuring art from the Sutton Coldfield Society of Artists, with activities available for school and youth groups. For exhibition times and details, visit www.townhallsuttoncoldfield.co.uk .School and large group bookings should contact the box office on 0121 296 9543.

‘An Evening with Willard Wigan’, featuring a talk by the artist, Q&A and entry to the exhibition will take place on Thursday 11th April. Tickets are available at £12.00
Town Hall exhibition organiser Julie Rennison said “Willard has a huge affinity with Birmingham, having held his first exhibition in the city that has become his home, and having had such huge crowds at venues such as the Library of Birmingham. Having visited the Town Hall, he was immediately captivated by its beauty and potential and was keen to work with us.

We’re excited to be bringing new visitors, not just to the venue, but to Sutton Coldfield as an Easter holidays destination. Our proximity to the train station and the park, plus all the dining opportunities between us and the cinema, means that Sutton can be a perfect Easter day out for all ages. Willard, who has a permanent exhibition at The Broadway Museum in the Cotswolds, will follow his Sutton Coldfield show with a tour of the USA around the Trinity Galleries