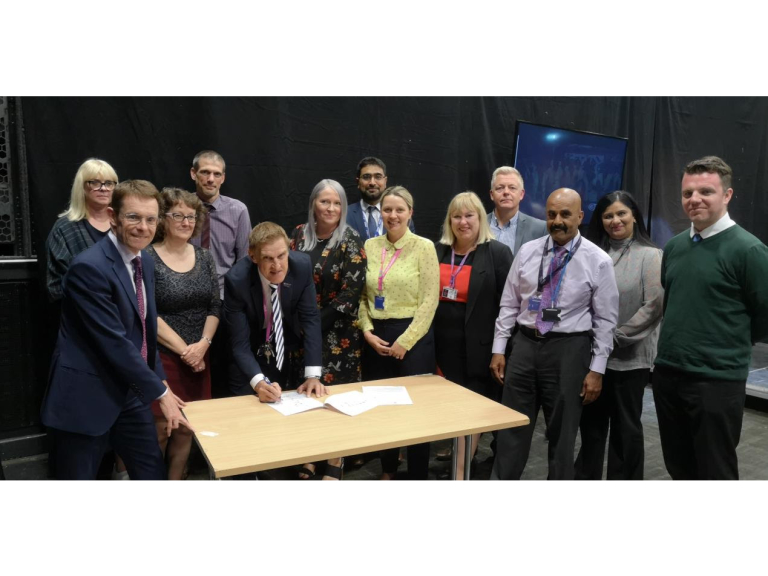 More than 20 colleges across the West Midlands are to work together in an attempt to tackle knife crime.

The 21 colleges, which are part of the Further Education Productivity and Skills Group (FEPSG), have backed a new safety charter after an increase in violent incidents involving young people in the area.

The Safer Student Charter pledges that college campuses will ‘provide safe environments for learners’ and ensures that the threat of crime is ‘responded to robustly and without exception’ by colleges and partner agencies, including West Midlands Police.

By singing the charter, the colleges have also agreed to teach their students about the impact of becoming involved in crime.

The Charter was launched by West Midlands Mayor Andy Street and will be supported by the West Midlands Combined Authority (WMCA).

The Authority is working closely with the region’s colleges to make sure more young people are aware of the wide range of training and education opportunities available to them.

The Mayor said: “Thousands of young people attend our further education colleges and it is vital that our campuses offer safe spaces for people to learn, where they are encouraged and enabled to realise their full potential.

“Every college in the FEPSG already does it utmost to keep its students safe, but by being part of the same conversation the colleges are able to share their experiences and best practice.

“A collaborative approach is always better than an individual one, and I am delighted the West Midlands Combined Authority, using its powers to convene, has helped to facilitate this.”

The colleges, who already work together on the FESPG to share resources and best practice, have set up a sub-group to discuss how to keep pupils safe after agreeing it was better to respond to safety issues as a sector rather than individuals.

The new group, which created the charter, held its first meeting at Dudley College.

It is being chaired by David Williams, the principal at Halesowen College, who said: “The 21 colleges that make up the Further Education Skills and Productivity Group collectively educate thousands of young people each year and their safety is of paramount importance to us all.

“By committing to the charter and working together, we aim to do our very best to ensure that our students are kept safe and understand the importance of keeping themselves out of harm’s way.”

The initiative has been backed by West Midlands Police and Crime Commissioner David Jamieson, who spoke at the Charter’s launch.

He said: “Ensuring that students are safe on college campuses is a key priority for myself and West Midlands Police.

“This charter will encourage greater collaboration between colleges and other agencies, which is a positive step forward.

“This initiative is just one of many that we are working on to keep young people safe. We are also working on expanding mentoring opportunities and schemes to divert young people away from violence and break the cycle of crime.”