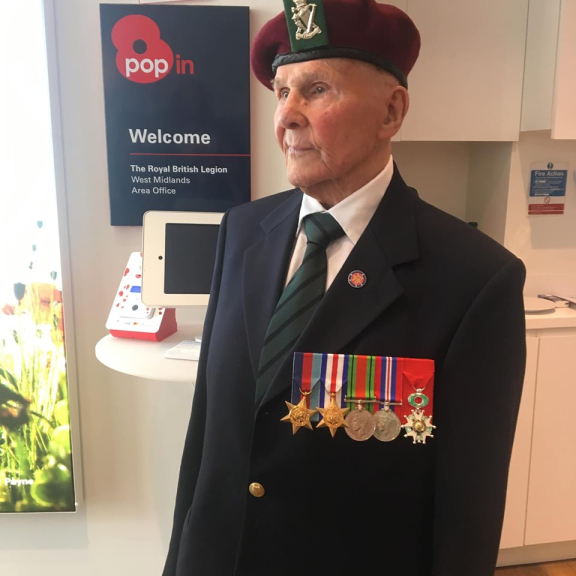 After presenting veteran of the Normandy Landings Mr James Kelly with the Legion d’Honneur on behalf of the French Government in June 2017, Andrew Mitchell MP was greatly saddened to learn of the recent theft of Mr Kelly’s campaign medals including the Legion D’Honneur.

This was doubly upsetting as Mr Kelly will be making the journey to Normandy in June for the 75 th Anniversary of the D-Day Landings in which he took part and very much wished to wear his medals. Mr Kelly is one of the few remaining veterans of D-Day in the Royal Town.

The Royal Town’s MP, Andrew Mitchell, contacted both the French Embassy and the Ministry of Defence in an effort to obtain replacement medals for Mr Kelly. However, the French Ambassador, His Excellency Monsieur Jean-Pierre Jouyet, explained that the French Government does not issue replacement medals.

On learning that the Royal British Legion had agreed to replace Mr Kelly’s other campaign medals, Andrew suggested that he ask if they could assist with replacing the Legion D’Honneur as well.

The Royal British Legion have now agreed to this and will also cover any costs involved Andrew said:

“I am delighted that Royal British Legion will be providing replacement medals for Mr Kelly. It is absolutely right that the service of some of our oldest veterans is recognised and supported in this way. I know that Mr Kelly will now be able to wear a full set of medals in Normandy with huge pride and it is Royal Sutton Coldfield which will also take huge pride in him”