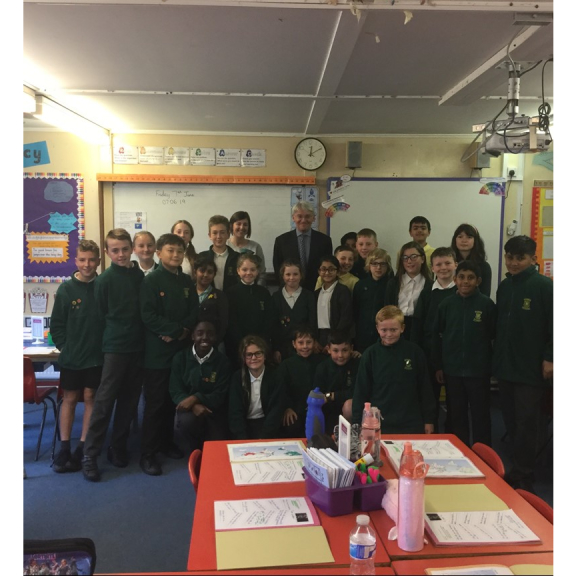 Andrew Mitchell MP visited Penns Primary School last week to speak to Year Six pupils about his job as their Member of Parliament and take part in a question and answer session.

The pupils had earlier that week visited the Palace of Westminster and the Royal Town’s MP explained how they had now seen both sides of a parliamentary democracy. Andrew Mitchell then spoke about his work as the children’s Member of Parliament and how he represents all his constituents at Westminster.

He then answered questions from nearly all his 30 young constituents, ranging from the impact of police cuts, to whether he wanted to be Prime Minister. The students were also interested in who their MP supported in the Conservative Party leadership campaign and in an impromptu class vote Mr. Gove won with 15 and Mr. Johnson and Mr. Hunt received 4 votes each.

Andrew Mitchell MP said “It was a pleasure to visit Penns School a few days after they had undertaken an educational visit to the House of Commons in London. All the children were buzzing with interest – a real credit to our Royal Town”.