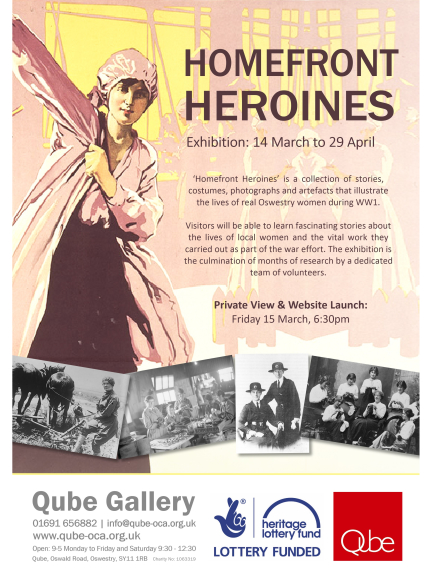 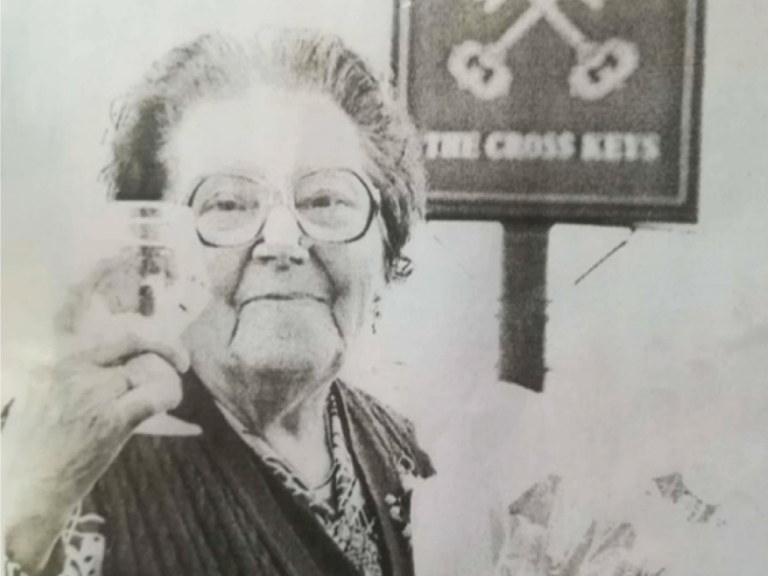 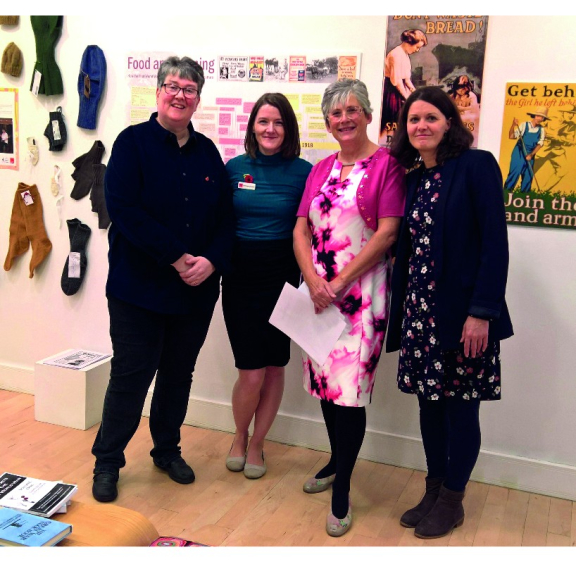 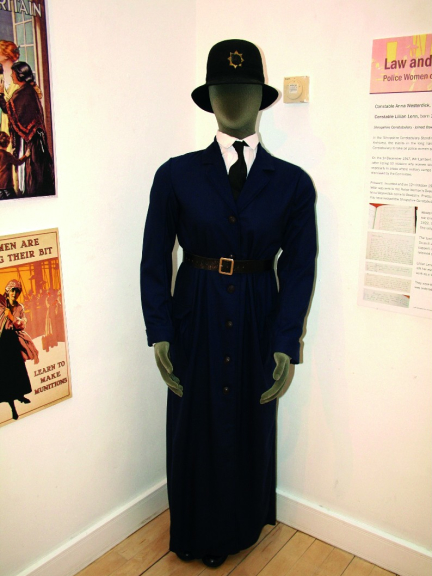 A multimedia exhibition celebrating the role of local women during the First World War opens on March 14th at Qube Gallery, Oswestry.

The exhibition, ‘Homefront Heroines’, which has been funded by the Heritage Lottery Fund, is a collection of stories, costumes, photographs and artefacts that illustrate the lives of real Oswestry women during WW1. Visitors will be able to learn fascinating stories about their lives and the vital work they carried out as part of the war effort.

The exhibition is the culmination of months of research by a dedicated team of local volunteers. More than fifty participants have taken part, including members of The Crafty Knitters and Oswestry Borders U3A Art Appreciation Group, under the watchful eye of project researcher and art lecturer, Sarah Gathercole. Sarah said: “The volunteers have done fabulous work, gathering information from local sources including the Oswestry Guildhall archives. They’ve found out about the first ‘home nurses’, the teachers, local entertainment providers and law and order. We’ve even found records of women being prosecuted for swearing in the street. It’s all fascinating stuff and definitely not to be missed!"

Some of the project volunteers have researched information from local and national archives while others have contributed practical skills, like re-creating uniforms or clothing that would have been sent to soldiers on The Front, using the original sewing and knitting patterns. Another group of volunteers learned how to make photo video recordings with local digital media company, Storypoint. Cath Baldry said; “I was able to interview family members and record their memories of stories from a hundred years ago. For instance, the life of Cissie Pugh who bore 18 children, of which 17 survived. She managed to run the family business despite being in a state of almost constant pregnancy, and contributed to the war effort by driving an early petrol lorry full of rabbits and chickens to city markets several times a week. Cissie Pugh went on to run the Cross Keys pub in Burlton, and at the age of 93, became the oldest licensee in the UK. She lived until the grand old age of 99!”

A new website for the Homefront Heroines will provide a permanent online legacy and archive so that current and future generations can learn about their heritage. Qube Arts Officer, Vanessa Baldry said: “It’s important that we recognise the strength and determination of these women in these difficult times. This was an important period in British history when women’s roles were changing fast. They may not have had the freedom, respect or equality we have today, but strong female characters were emerging. These women were pioneers and should be an inspiration to girls and young women today.”

Issued for and on behalf of Qube

Qube is an Oswestry based charity serving the needs of the local community through Arts and health, Community Transport and Shopmobility, Community Learning, Volunteering and Care. All of Qube services are supported by our fabulous volunteers, without whom we would be unable to operate.

About the Heritage Lottery Fund

Thanks to National Lottery players, we invest money to help people across the UK explore, enjoy and protect the heritage they care about - from the archaeology under our feet to the historic parks and buildings we love, from precious memories and collections to rare wildlife.  www.hlf.org.uk.  Follow us on Twitter, Facebook and Instagram and use #HLFsupported.