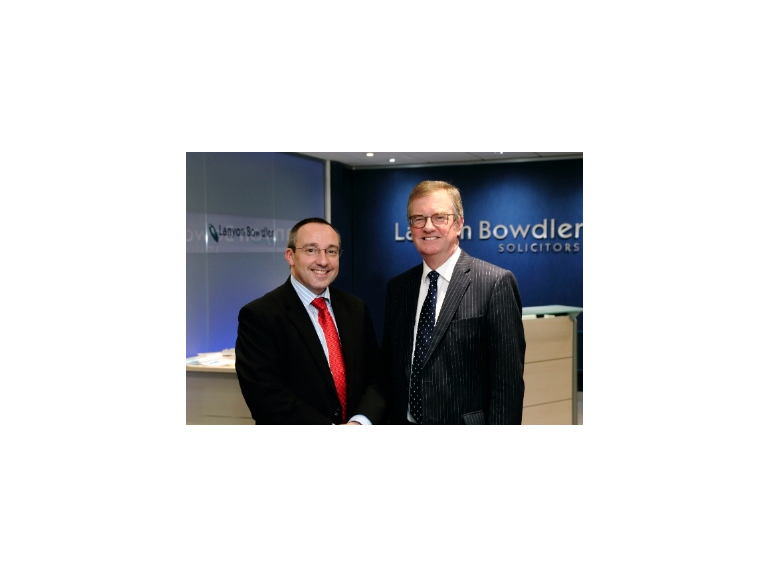 Shropshire law firm, Lanyon Bowdler, is looking ahead to another successful year with a change in management signalling the start of a new era.

David Battisby, who has been with Lanyon Bowdler for 35 years, is retiring as managing partner in the spring, with Brian Evans making the step up to replace him.

Brian is currently a partner and head of the agricultural law and dispute resolution teams, and has been with Lanyon Bowdler since 1992.

He will take up the role as managing partner when David retires at the end of April, with Andrew Pegg stepping up to take over from Brian as head of the dispute resolution team. Brian will remain as head of agriculture.

He said: “It’s an honour to become the managing partner of such a well-respected firm as Lanyon Bowdler, and I thank my partners for their trust and confidence in me.

“I am looking forward to carrying forward the excellent work that David Battisby has done over the past 13 years.”

David is a well-known figure in the Shropshire business community, being a highly-experienced employment lawyer and part time employment judge.

He has been managing partner at Lanyon Bowdler since 2003, leading the firm during its expansion into Ludlow, Oswestry and Hereford to its current position as one of the most trusted and well-known law firms in the region and to being recognised in the Lawyer UK top 200 firms.

David said he felt the time was now right for him to retire.

“It has been a real privilege to have led Lanyon Bowdler and, with the support of my fantastic partners and staff, to have taken the firm to where it is today. I am delighted that Brian Evans will take over my role when I retire,” he said.

“Over the time I have been managing partner, everyone has worked incredibly hard to make Lanyon Bowdler the highly skilled, approachable and friendly, forward-thinking firm that it is today, and I have no doubt that those values will continue to be core to the business in the years ahead.

“During my career in the law, I have worked with a huge range of businesses and made some great friends along the way.

“I would like to thank all of the clients and professional contacts I have worked with, and of course the partners and staff at Lanyon Bowdler, for their loyalty and support and wish them all the very best for the future.”

The appointment of Brian Evans as managing partner completes the new-look senior team at Lanyon Bowdler.

Three new partners were appointed towards the end of 2015, along with a marketing director, as the firm positions itself for further success.

Sue Hodgson, Loretta Aston and Giles Scott were made partners, while Amanda Jones was promoted to marketing director.

Sue Hodgson is a family lawyer based in the Telford office, Loretta Aston deals with residential property matters in Ludlow and Hereford, and Giles Scott is a private client solicitor based in Ludlow.

Andrew Evans was also promoted to senior partner earlier in 2015 when Peter Flint retired last April, and Praveen Chaudhari was made head of commercial and agricultural property in September.

Planning specialist David Brammer also joined the firm in September as partner and head of planning, as the demand from developers and individuals regarding planning matters grew.

Lanyon Bowdler has offices in Shrewsbury, Telford, Oswestry, Ludlow and Hereford, and employs more than 200 staff covering all legal specialisms.