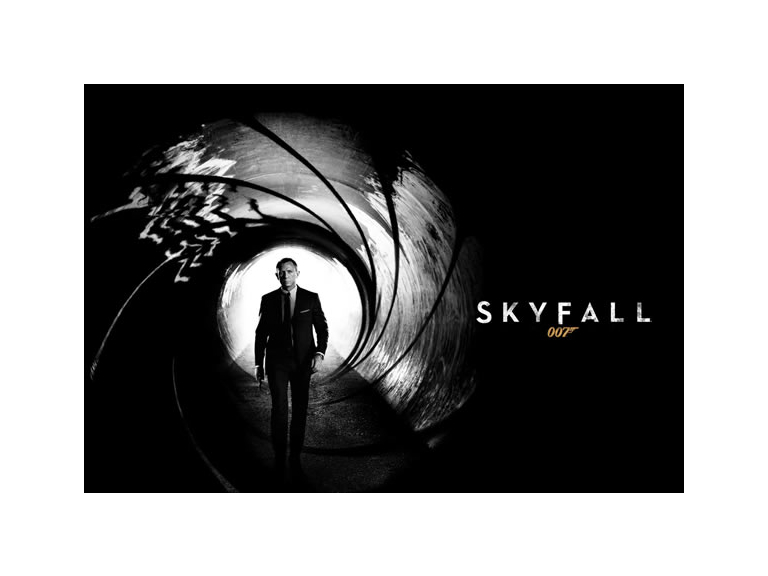 Saturday night at the movies - in Oswestry, at our very own Cinema on the Bailey, the wonderful Attfield Theatre.

We had 'Skyfall' showing on a huge new screen, with fantastic sound, and even popcorn and drinks in the foyer.  It was great to see a packed cinema, and even more refreshingly, to be able  to watch the whole film without pre ads, mobile phones going off or bored teenagers flicking popcorn around!

Skyfall was one of the best Bond Films I have seen, directed by Sam Mendes, with a darker side to Bond (elements of Blade Runner, Dark Knight and The Bourne trilogy).

Daniel Craig is a  more brooding (and craggier) Bond than his previous avatars, while Javier Bardem as the EVIL VILLAIN was wonderful, channelling his inner Joker, seemingly having huge fun in the role, while demonstrating what a talented actor he is.  The film seemed to hint, with a new Q, a dying M and the theme of resurrection that the next Bond film will be Daniel's last?

KinoKulture has a wonderful events calendar for 2013, including another live broadcast from the National Theatre.  (I gather that 'The Magistrate' was very well attended).  The next play is Alan Bennett's 'People' on 21st March - which is definately not one to miss!

Before then they have "The Life of Pi" as part of the Borderlines Film Festival and the OswestryFestival of the Word.