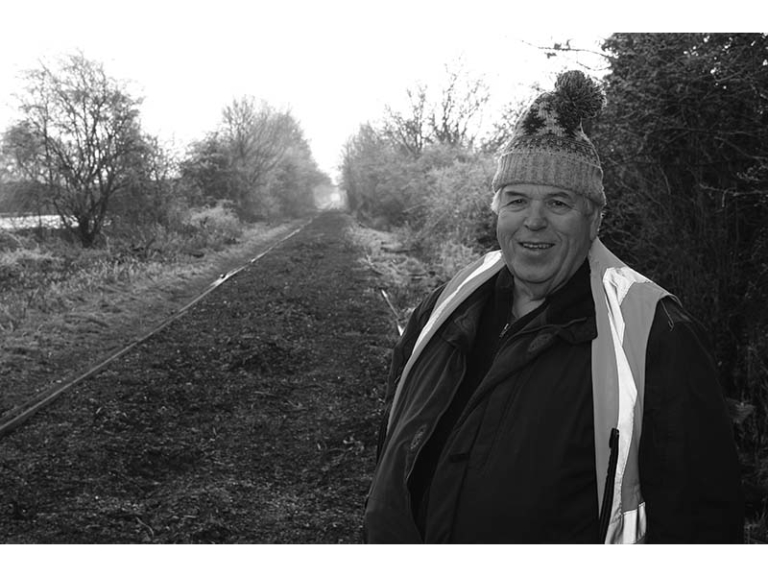 Oswestry-based Cambrian Heritage Railways (CHR) says it is delighted with the performance of its recent Santa trains, with revenue up on 2015. Visitors travelled from as far away as Liverpool, Manchester and Birmingham to see Santa, who could speak English and Welsh, and enjoy train rides at either Oswestry or Llynclys stations.

Mirroring the trend for increased passenger numbers over the year as a whole, CHR believes the rise in visitor footfall can be attributed to two key developments – extending its running line in Oswestry and the regular use of a steam locomotive.

The latter, a 1949-built former National Coal Board machine, which originally saw service in Fife, Scotland, will be based at Oswestry for the foreseeable future.

During 2016 the main line has been substantially re-laid from Oswestry Station southwards towards Gasworks Bridge, which lies at the junction of the B4579 Shrewsbury Road and Victoria Road. This extension represents a substantial investment of £200,000 and has seen the length of the journey increase from Middleton Road Bridge to within sight of Gasworks Bridge.

Work is now well underway on the next phase of the railway's re-opening – to Weston Wharf, on the southern edge of the town, off Maesbury Road near the A483 level crossing.

Targeted for opening during 2018, the one and three-quarter mile extension from Oswestry will provide a valuable public transport connection to the visitor centre operated by popular local micro-brewery, the Stonehouse Brewery.

As part of the latest phase, the trackbed beneath Gasworks Bridge will be lowered, allowing trains to pass underneath the props which enable the structure to carry 44-ton HGVs. Working in partnership with Shropshire Council, the result will be a more steady grade on the restored railway.

Meanwhile, CHR volunteers have been clearing the track of scrub between Travis Perkins' yard and Weston Wharf, and work to renew the line is now underway. Such has been the rate of progress that 27 lengths of track – a distance of approximately 1,500 feet (500 metres) – were lifted in just three days in December, and the trackbed levelled in readiness for replacement sleepers. The aim is to have the track restoration substantially complete by the time the bridge work is finished, allowing the line to open on schedule.

CHR Chairman Robert Williams commented: “Significantly expanding the running line in Oswestry in 2016, coupled with the presence of a steam engine, has attracted increased numbers of both passengers and volunteers, from the local area and further afield alike. In addition to the familiar weekend working parties, a gang now comes together every Thursday. New volunteers are always welcome to join us.”

To cope with the anticipated increase in passenger numbers over the extended running line, volunteers at the CHR's Llynclys-based Carriage & Wagon Department continue to work towards the creation of a three to four-coach rake to be available for the 2018 season.

A small but significant acquisition during 2016 was the historic footbridge from Machynlleth, which was kindly donated by Network Rail, the state-owned rail infrastructure operator. Currently in store, it is planned for the structure to be eventually erected at Weston Wharf.

Work at the other end of the line has not been forgotten – another success notched up in 2016 was the purchase of all the land required at Gobowen for the provision of public transport services to the hospital and in due course, Oswestry. The hitherto derelict bay platform has been tidied up by CHR volunteers, with three skip loads of rubbish removed.

An exciting programme of events is planned for 2017. Details will be released in the coming weeks.