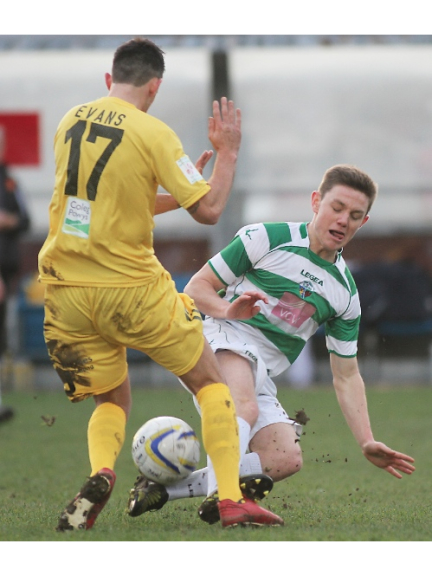 Mike Wilde rescued a point for The New Saints as the Oswestry side could only draw one all with Newtown AFC.

It was the home side who started off the better and on the half hour mark, Chris Williams gave the Latham Park faithful something to cheer about after he headed home from close range.

The former Saint Nicky ward struck a ferocious shot from just outside the box straight on to the cross bar and Williams was the first to react by heading into the open net.

TNS looked like a completely different side after the break and the man of the match Dave Roberts in the Newtown goal was kept very busy. Alex Darlington had his shot saved followed by another from Sam Finley. With the away side applying more pressure by the minute, it was inevitable that the goal would come.

Eventually it did through In-form striker Wilde. The former Chester man rose highest from a corner to powerfully head in and level the score. As the final whistle drew ever closer, The Saints pushed for the three points but despite another close effort from Finley, they had to settle for the draw.