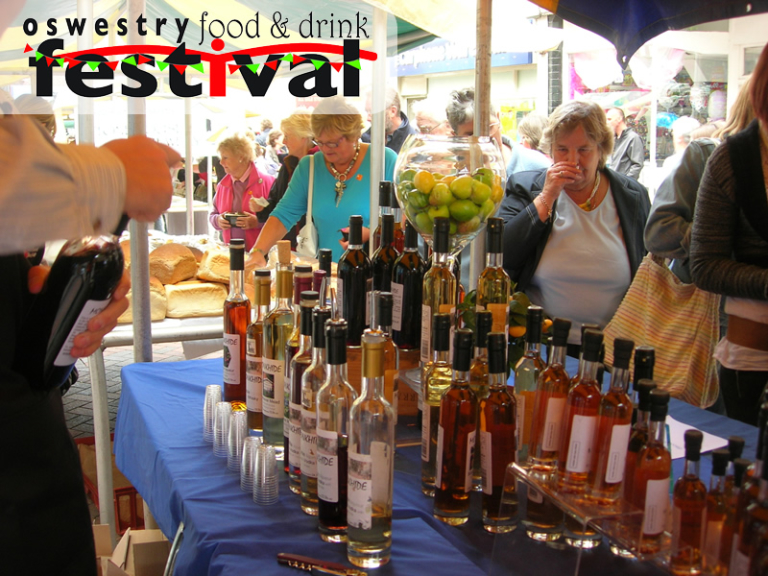 What a busy weekend this is going to be.  In Oswestry we have the Eighth Oswestry Food and Drink Festival all along Cross Street, Bailey Street and New Street up to  Oswestry Market, with a promise of a tasty treat or forty, with stalls ranging from fascinating street food, local beers and the best that Shropshire and The Marches has to offer in fresh food and drink.

There’s  a wide range of other great events as well.

Friday sees the start of a three day beer festival at the Cambrian Heritage Railway Centre in Oswestry, with a tutored beer tasting on the Friday (£10.00 - tickets from The Oak) and then two days of beer sampling on the Saturday and Sunday.

For those with kids, who want to keep an eye on them, and get to taste fine beer, The Venue are also holding a summer beer festival on the Saturday.

For technical reasons, Upstairs Downstairs have had to move their Chef’s demonstrations from the Festival to their Cookery Workshop in Leg Street.  There will be a chance to watch local chefs in action, as well as free short workshops on knife skills and bread making.

Well known local celebrity chef Marcus Bean of the New Inn,  Baschurch will be launching his Pop Up Restaurant at Scholars Restaurant@Walford College.

Saturday is the second year for the TNS Football in the Park, in Cae Glas Park from noon til 4pm, with the chance to meet the team and Spotty the Mascot, together with a glorious afternoon learning footy skills from the pro’s, games and fun competitions.

If you just want to dip in and out of the festival and are interested in crafts and learning new skills, Made on the Borders are holding their Summer Festival Fair at the Memorial Hall on the Saturday between 10am and 4pm and Material Therapy in Beatrice Street are having a ‘Painting Furniture’ Workshop.

Sunday is definitely chillaxed day, the second day of the food festival and Reggae in the Park 3.  Why not buy your picnic at the festival and ramble over to the park for a laid back afternoon.

Further afield, there is the final weekend of the Llangollen International Eisteddfod (and thank you to the charming children’s group from Zimbabwe (courtesy of Liberty Travel) who entertained us on Wednesday on Cross Street!); the lovely return of the Llanfillyn Workhouse Festival, as well as relaxing boat trips on the Montgomery Canal.

Spoiled for choice you lot!