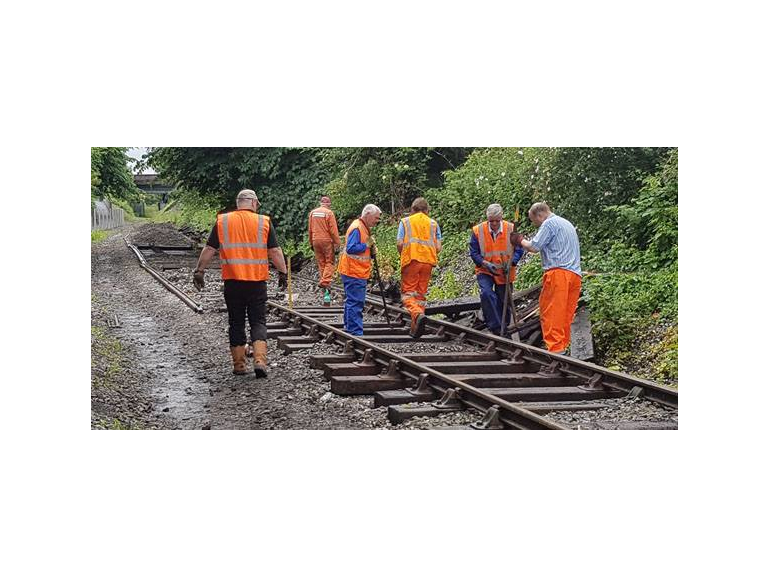 An exciting community project bringing trains back to the heart of Oswestry going North to Gobowen and beyond and South to Llynclys and Blodwell is making great strides!

One of Shropshire's fastest growing heritage tourism projects is well under way: bringing the trains back to Oswestry!

Not only will this give a huge boost to local tourism but also provide key transport links direct from Oswestry to the rest of the UK mainline. In fact this year, CHR is holding a series of events to commemorate 50 years since the last passenger train from Oswestry to Gobowen

Imagine hopping on at Oswestry for London, or Paris, via Gobowen!

Imagine too visitors riding into Oswestry and then enjoying a steam heritage railway trip out into our stunning Marches' countryside via our second station to the south at Llynclys with bikes, prams, and dogs all welcome

It can happen. The project has come a long way recently thanks to the hard work of skilled volunteers that have brought many achievements thus far

Here's more detail about the project...

This will be a vital link in the economic regeneration of Oswestry and Gobowen connecting the rural areas with the larger conurbations and will :

Provide opportunities to develop a sustainable transport link with the mianline

Oswestry together with a Heritage Railway to the south joining Oswestry with the popular & award winning Stonehouse Brewery and Weston Fishing pools, and then on to CHR’s operation at Llynclys where trains have run since 2005

Will provide links to tourism venues including the Park Hall Farm - Countryside Experience and exhibition site.

Increased number of special events at both Oswestry and Llynclys Stations

Establish a moving exhibition to the 53 men of the Cambrian who fell in the Great War, and which will run till 2018

With Shropshire Council completing in 2016 a now hugely popular cycle walkway alongside the track between Coney Green crossing and Gasworks Bridge, the growing number of CHR volunteers have been busy relaying track to extend the journey currently possible on trains boarded at Oswestry Station

Oswestry is Shropshire’s largest market town. It is one of the UK’s largest towns not to be connected to a mainline station.

A recent thesis estimated that the Ffestiniog Railway injects over £9M pa into the Gywnedd region and supports over 375 jobs.

Accepted figures report that for every £1 spent on a heritage line, another £4 is spent in the local area.

WHAT ABOUT HERITAGE RAILWAYS?

They help to extend the tourist season encouraging the purchasing of local goods and services.

Heritage rail attracts substantial numbers of volunteers willing to work for the community, in many cases undergoing training and undertaking managerial or supervisory roles

Current railway legislation requires Cambrian Heritage Railways to obtain a Transport & Works Act Order (TWAO) before they can carry passengers further on the route; dispensations are already in place which allow existing operations to run at both Oswestry and Llynclys.

The detailed Transport & Works Act Order process has commenced with an order and submitted.

Volunteers are always welcome to bring new skills to the project.

There are regular train services and special events for all the family at our two stations, such as the Bat Train, Driver experience (the perfect Fathers’ Day present!) Easter and Santa Trains. See www.cambrianrailways.com for more details.