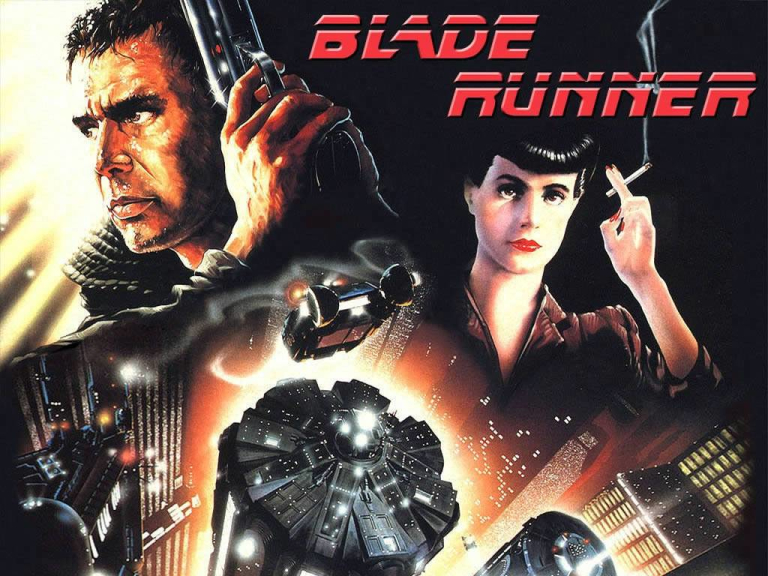 “I've seen things you people wouldn't believe. Attack ships on fire off the shoulder of Orion. I watched c-beams glitter in the dark near the Tannhäuser Gate. All those moments will be lost in time, like tears in rain….”

One of my favourite films ever is Ridley Scott’s Blade Runner, first released in 1982, and which has been re-released this year, as the  final (no, really really final) cut, to mark the film’s 35th anniversary.

Kinokulture are running the film from Friday 17th April to 19th April so there is absolutely no reason for anyone not to go see it.

It is, undoubtedly, one of the best science fiction films ever made.  No argument.

Without giving the plot away,   (go wiki for a comprehensive rundown), it is set in what is described as a dystopian Los Angeles in 2019, a seedy, 24/7 city where it rains all the time, surveillance is 100% and you don’t know whether your dealing with a human or humanoid ‘replicant’. LA 2019 is wet,  dark, overcrowded, polyglot and rundown, a not too unrealistic view of any capital city, with millions seeking the bright lights and potential fast buck.  Harrison Ford is the slightly seedy replicant hunter, Rutger Hauer a renegade rebel leader replicant (both excellent performances).

The film is deeply film noir – with obvious nods to the Raymond Chandler detective novels – set in LA, featuring Dick Marlowe as the cynical private investigator.  But there are also less obvious influences, Fritz Lang’s Metropolis, Isaac Asimov’s robot series,  as well as little hints of Hollywood’s biblical epics, and the ballets Coppelia and the Nutcracker.

Within the framework of a Sci-fi work, the film also explores what it means to be an outsider, what it is to be discriminated against – considered ‘less than’, what it is, ultimately, to be considered truly ‘human’.

The special effects are special, but not in the way you think.  They are extremely integrated to the plot, it all seems so plausible.  Some of the  futuristic technology is with us now and the rest not far behind (I hope apart from the replicants).

Vangelis composed the  soundtrack, which perfectly compliments the fragmented, connected yet unconnected feel of the film.

If you’ve never seen the film – come and see what we in the 80’s thought the 2010’s would be like; if you’ve only seen it on small screen, come and experience the full glory; if you are revisiting a classic – enjoy the ride.