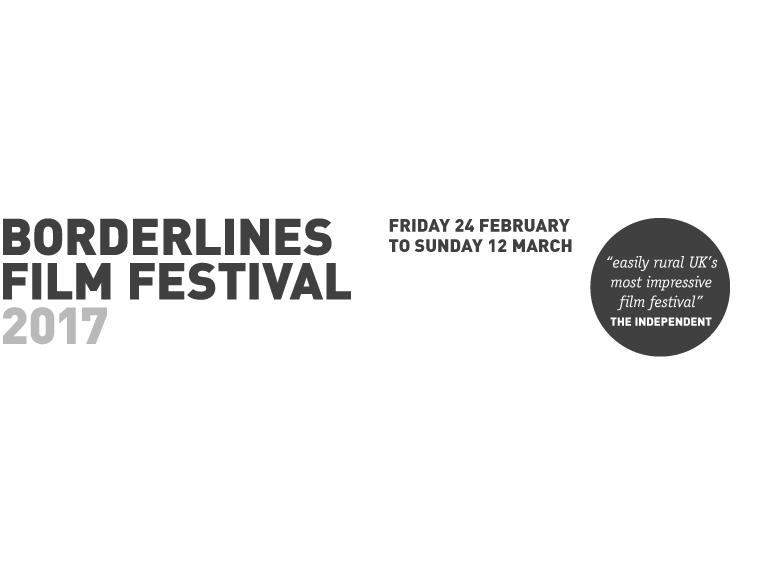 Borderlines Film Festival celebrates its 15th anniversary in 2017. Since its inception it has shown 1,000 films at 2,400 screenings in more than 50 venues across Herefordshire, Shropshire and the Marches, attracting a grand total of 170,000 attendances. What it has achieved is to give cinema-goers in one of the most rural and remote parts of the country access to some of the best films from all over the world, many of them before their UK release, films that they would otherwise never get to see.

From a 10-day festival screening 25 titles in 18 venues in 2003, Borderlines has grown to be the sixth largest film festival nationally, resolutely rural where the others are metropolitan, and over the years the Festival has evolved. For the first time the Festival will screen at the sumptuous Malvern Theatres in Worcestershire reaching out to new audiences.

For the fifth year, the Independent Cinema Office will programme the Festival, with just under a third of the programme, 25 out of a total of 80 titles, comprising previews, films screened at the festival prior to their UK release

Previews at the 2017 Festival range from the eagerly-awaited British feature Lady Macbeth, based on a dark 19th century Russian novella, to more lavish productions: The Odyssey, the stunningly shot barnacles-and-all biopic of legendary deep-sea explorer, filmmaker and environmentalist Jacques Cousteau and Park Chan-Wook’s The Handmaiden, a loose but sumptuous Korean adaptation of the novel Fingersmith by Sarah Waters.

Two Cannes prize-winning dramas are also previewing at the festival: Graduation by Romanian director Cristian Mungiu (4 Months, 3 Weeks & 2 Days) who shared the Best Director award and The Salesman, which won Best Screenplay and Best Actor, by Iranian director, Asghar Farhadi (A Separation, The Past).

Their Finest is a British WW2 drama, starring Gemma Arterton as a fledgling screenwriter for the Ministry of Information Film Unit.Cutting-edge animation is represented by My Life as a Courgette, from a script by Girlhood director Céiine Sciamma about a 9-year-old boy who is sent to live in an orphanage.

Says ICO programmer Jonny Courtney, ‘The increasing number of previews we can showcase at Borderlines enhances the prestige of this distinctively placed and really quite special film festival within the industry. More importantly, it allows audiences to discover films for themselves. Borderlines is not a festival that revolves around stars and red carpets; it’s about audiences and community, bringing in people to watch films together.”

Top new releases, many of them major award-contenders, cement the quality of the 2017 Borderlines programme. Toni Erdmann, a sidesplittingly funny and achingly sad story of father and daughter reconnecting has just won Best Director for Maren Ade at the European Film Awards, a first for a woman. The highly acclaimed coming of age drama Moonlight, set in contemporary south-eastern USA, has already won the Best International Independent Film Award at the BIFAs and has been nominated for 6 Golden Globes while Jackie, the remarkable biopic of Jackie Kennedy by Chilean director Pablo Larraín, starring Natalie Portman is a strong Oscar contender.

One characteristic of Borderlines since the very beginning has been the prominence it has given to films from far-off places. In 2017 the festival shifts this focus onto the work of contemporary women film directors in world cinema. And for the first time, the festival joins the F-Rated scheme pioneered by Bath Film Festival that boosts the visibility of films that have been directed or written by women, or feature a woman in a significant role.

The Women in World Cinema strand is wide-ranging in terms of continents and content and the films have been carefully chosen to highlight the viewpoint and skills of their female directors. Titles will include The Apple (Samira Makhmalbaf, Iran), Sweet Bean (Naomi Kawase, Japan), Caramel, (Nadine Labaki, Lebanon) and The Headless Woman (Lucrecia Martel, Argentina).

The creativity of Abbas Kiorastami, the Iranian director who died earlier this year, is remembered in a short retrospective of his best-loved and most influential films: Through the Olive Trees, A Taste of Cherry and Ten.

David Sin, Head of Cinemas at the Independent Cinema Office, says of Kiorastami, ‘The word ‘visionary’ is far too liberally used to describe filmmakers, but when Kiarostami died in 2016, contemporary cinema lost one of its few remaining visionaries, a truly great innovator and storyteller who consistently forged new directions for the art-form for others to follow.’

A timely Cuban strand brings together three very different films that explore, through time, the complex cultural and political identity of Cuba from Tomas Gutierrez Alea’s masterpiece of revolutionary cinema Memories of Underdevelopment to the exhilarating, Soviet supported, Soy Cuba, both from the sixties, to a much more recent dramatic tale of an intimate Havana reunion between friends and exiles, Return to Ithaca (2014).

The newly digitised 5-and-a-half-hour restoration of Abel Gance’s 1927 epic Napoleon will be screened (with breaks) at the Courtyard Hereford. A not-to-be-missed cinematic event, with a recorded orchestral score by Carl Davis, the film charts the heroic rise of Napoleon with wonderful energy and ingenuity, climaxing with the tricolor, triple screen finale.

Two other silent classics will also be shown at the festival. Gorgeous Danish siren of the silent screen Asta Nielsen plays Hamlet with a difference in a vibrant new tinted restoration and live piano accompaniment by Lillian Henley while Buster Keaton’s The General at Ludlow Assembly Rooms, accompanied by pianist by Paul Shallcross.

Invited guests to Borderlines include director Charles Garard (Waiting For You), and David Hemmings’ biographer Peter Burden will introduce a screening of ’60s cult film Blow-Up at Ludlow Assembly Rooms. Further guests will be revealed alongside the full programme in January.

·      Women in World Cinema strand tying in with F-Rated.

·      A Kiarostami retrospective: Through the Olive Trees, Ten, A Taste of Cherry.

·      A screening of 1921 Hamlet with Danish silent star Asta Nielsen in the title role and live piano accompaniment by Lilian Henley (in collaboration with South West Silents).

·      A performance of Buster Keaton’s The General with live piano accompaniment by Paul Shallcross.

·      Archive screenings of the BFI’s Britain on Film: Railways and Rural collections plus a bespoke package of Amateur Women Filmmakers’ work from the University of East Anglia.

·      An open screening at Hereford’s Left Bank; film projectors of formats from 16mm to standard and Super 8 will be standing by for members of the public to bring in their movies.

* Film screenings – films being shown prior to general release (subject to confirmation) include:

New releases to be screened at Borderlines: