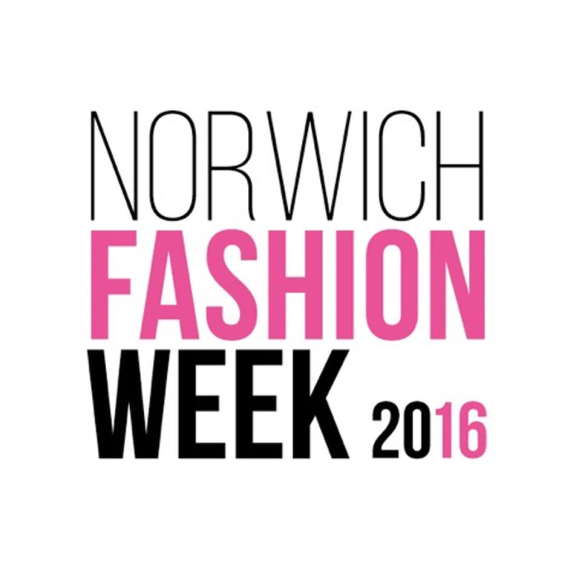 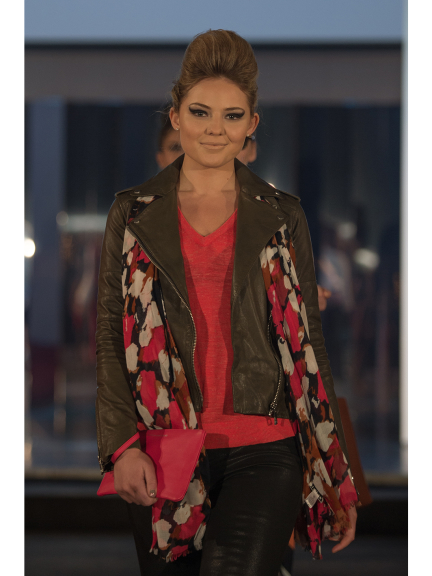 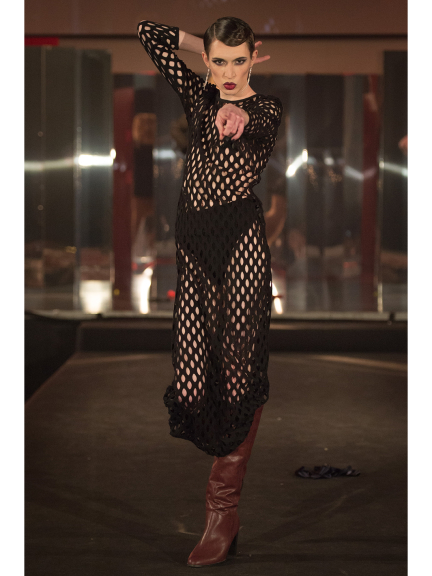 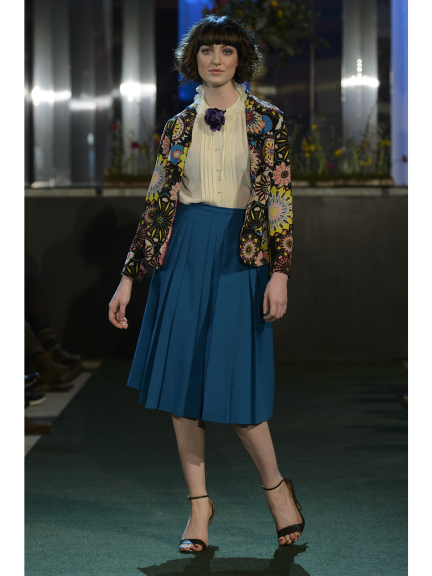 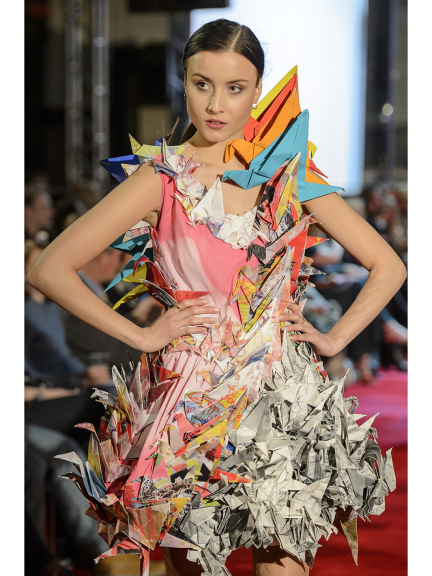 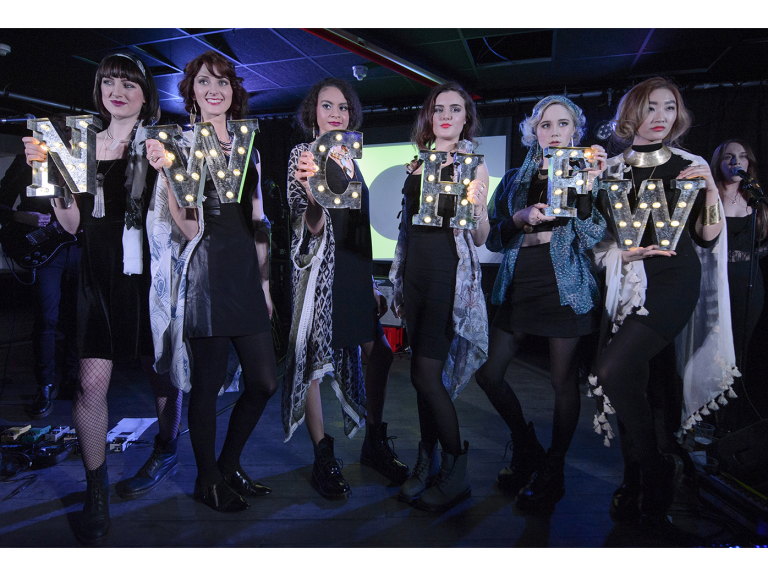 For the sixth year running NFW once again got underway with the Mercedes-Benz of Norwich Retailers Show on Thursday 10 March. This sell-out event gave over 300 people a sneak preview of the spring and summer collections from the city’s high street retailers including John Lewis, Marks & Spencers and House of Fraser at intu Chapelfield, alongside Norwich’s independent retailers such as Scarlet, Ginger and Vanilla.

This year all the NFW core shows took place at OPEN, as the new official home of the city’s biggest annual fashion event. The second show of the week on Friday 11 March was also new for 2016. The Dipple & Conway Hair Show was introduced to showcase Norwich’s fantastic hairstylists and the important role they play in creating the overall fashion look. Looks gracing the catwalk included bold cuts and colours, men’s styles, beautiful bridal looks and outstanding Avant Garde hair designs. The fashion-forward styles were created by the talented hair technicians from local salons such as Hairsmiths, Hoskins Hair and Millie Rose Hair and Beauty. The hair designs were complemented by outfits from local companies such as Nor-folk and Proudlock & Harry. As well as sponsoring this particular show, opticians Dipple & Conway also provided glasses and sunglasses for most of the shows, as the official NFW eyewear sponsors.

The ever popular Vintage Show, sponsored by Zaks Authentic American Diners, took place on Sunday 13 March. With a spring theme it was not surprising that florals were blooming everywhere, from pretty 1950s pastels through to bold 1970s flower power. The outfits inspired by times-gone-by were created by the likes of Upmarket Vintage, the Norwich Market collaboration, local retailers including Retreat Vintage, Prim Vintage and Goldfinches Vintage and stylists including Karen James Welton, with her new fashion label The Stylist and The Collector.

Since its inception, NFW has always provided a platform for aspiring designers. The dramatic, circus-themed Designers Show on Tuesday 15 March, sponsored by Canaries Official and The Hippodrome Great Yarmouth, unveiled some of Norwich’s best home-grown fashion and accessory designers. Returning to showcase their innovative designs at NFW were regulars including milliner Siofra Conner and designers Hannah Smith and April Lunch, plus Cocoon, the fashion label set up by fashion and textile students at City College Norwich.  New up-and-coming designers featured on the catwalk this year included 18-year-old Becki Ball, Norwich University of the Arts BA (Hons) fashion graduate Veronika Marshall and Gloria Termini of Secret Garden London. Children’s charity Break also collaborated with NFW designer Coddess to create an eclectic collection for the show, only using recycled charity shop clothes.

The city’s thriving student community was also given some fantastic opportunities throughout the week, with over 75 work experience placements provided across elements including photography, hair and make-up, fashion communications and show production. This included students from City College Norwich helping to organise the live streaming of all the NFW core shows and the Norwich School of Beauty making up the models for several of the shows.

Emma Harrowing, one of the directors of Norwich Fashion Week, said: “One of our key aims for Norwich Fashion Week is to support, nurture and educate local aspiring talent within all the different elements which make up the fashion world. This week-long event provides multiple opportunities for students, young people, and all those wanting to break into the fashion industry, to work alongside professional teams and to gain valuable experience.”

The models featured at NFW also included many familiar faces including Amy Woodman from Norwich. Amy first modelled at NFW in 2012 and has gone on to model at both the London and Paris Fashion Weeks. She returned to take part in both the Designers Show and the Vintage Show. New faces were also discovered through the NFW16 model competition, sponsored by model agency Sandra Reynolds and intu Chapelfield. The chosen ‘Faces of Norwich Fashion 2016’, were 17-year-old Chloe Mclanachan from Attleborough, who was discovered at the intu Chapelfield scouting day back in October and 58-year old Nigel Callaway from Stoke Holy Cross who entered the competition by recommendation of Swagger & Jacks.

Another first for 2016 was the Design and Enterprise Day held on Wednesday 16 March. This free day of talks and workshops was organised to provide support and information to up-and-coming talent in the city. It also included a special pop-up shop featuring some of the best designers and makers in Norwich such as Stoned and Hammered, Van Dal and Shackleton Clothing. The day culminated in an inspiring talk by international designer Orla Kiely at the Norwich University of the Arts.

As well as the core shows there were lots of other events taking place throughout the city to celebrate NFW. These included style workshops at Jarrolds in Norwich, a 24-hour fashion showdown at The Forum and a summer garden bought to life at intu Chapelfield with fresh new SS16 collections on display.

The week drew to a close in style with the Fashion Excess show, sponsored by Dr. Martens, on Thursday 17 March.  The finale saw emerging local bands No Holy Men and Soft Fiction provide a musical backdrop for NFW models to showcase looks from brands including French Connection and Never be Famous, and accessories from the likes of Lisa Angel, in OPEN’s club room.

All those behind NFW work on a voluntary basis and NFW has recently been successfully approved as a Community Interest Company. This will help to secure the future of the event and ensure it can continue to positively promote, support and provide valuable opportunities for the wider creative community of Norwich for many more years to come.

Kerry Curl, one of the directors of Norwich Fashion Week, said: “NFW16 has featured some really strong looks and some of the best shows to date. The diversity of fashion in Norwich has really been brought to life with a combination of wearable looks and catwalk inspiration to help the fashion-forward experiment with their own individual looks. We’re proud to have had sell out shows and to have once again created a real buzz in the city.  Our thanks go to all our sponsors, helpers, everyone involved and of course to those who came to the shows. We're dedicated to continuing the growth of the incredible creative platform Norwich Fashion Week has become.”

Local supporters of the week included a diverse mix of different Norfolk businesses who were able to play a part in making NFW16 a success. These included CEG Hire and Norfolk Floors providing staging and flooring for the shows, Wex Photographic as the official photographers for the week and The Gallery Haircutters and Esquire as two of the salons which styled the models at some of the shows. NFW is also supported by Norwich Business Improvement District (BID) each year.

To find out more about the NFW16, click here!