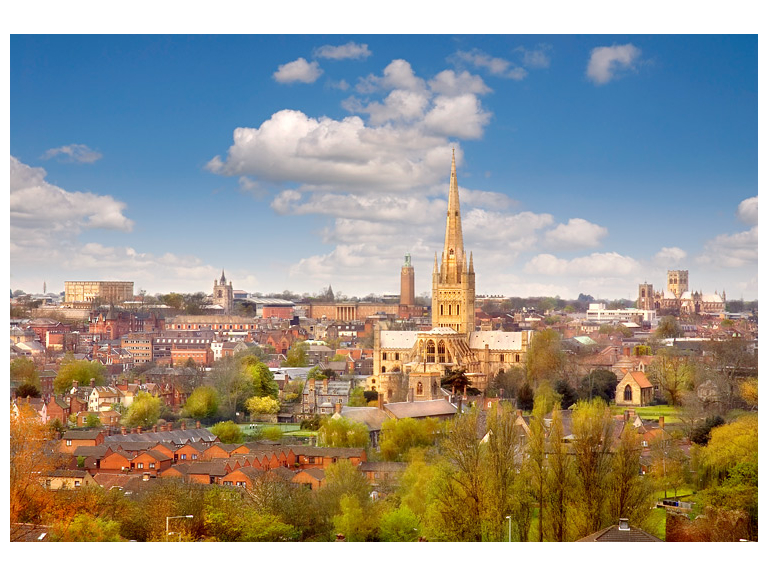 Despite once being the second largest city in the country, Norwich rarely makes nationwide headlines these days, and is almost unheard of overseas.

When I first moved to Norwich after the birth of my daughter in March 2012, I honestly didn't know what to expect. All I knew was that it seemed like a quieter and more sensible place to start a family than central London.

However, I was in for a big surprise.

A week after moving to Norwich, I landed a job at a tech company called Blurtit. For those of you that haven't heard of Blurtit (and it still surprises me how many people in the UK haven't) we're a "social Q&A site" that sits somewhere between Quora and Yahoo! Answers in the world of online question and answer sites.

Blurtit is all about users answering each other's questions, and sharing their life experience and opinions to a global audience.

Our principle aim is to create a community that encourages people to help each other: To ask, to learn, to share, to grow.

Joining Blurtit has been one of the best things to happen to me so far. As well as being a great company to work for, I've met some really interesting people and made some awesome friends in my time here.

But more than anything, I'm gratfeul for the world that Blurtit has opened me up to: the Norwich tech scene.

If I had moved to Norwich and fell into a different industry, I would never have had the privilege of attending tech meetups like SyncNorwich.

I would have missed out on the chance to share office space with talented people like the guys at PANDR and Griib Design.

I also wouldn't know half as much as I do about Norwich's exciting digital industry!

It may seem like I'm blowing my own horn a little bit, but the more involved i get - the more I realise that tech startups and companies like the ones mentioned above have carved out an exciting little hotbed here in Norwich.

Taking the example of what Blurtit has achieved, I think this becomes really evident.

Blurtit has been going since 2006, and could easily have survived as a run-of-the-mill Q&A site attracting millions of page views a month.

Instead, the project we're working on here at Blurtit is typical of that local passion for innovation. Earlier this year we decided to take a risk and "reboot" the site completely.

We relaunched with a brand new site, and decided to start building our community from scratch.

I guess the answer is that we believe Blurtit, as a platform and a community, is strong enough to compete with the big hitters from Silicon Valley.

We wanted to "relaunch" Blurtit because we believed the previous incarnation of the site had its limitations - and we wanted to be limitless and unafraid to challenge and compete.

And I personally think that same ethos is reflected by a lot of the startups and business ideas coming out of Norwich.

With the right nurturing, support and investment, I can really see this pool of talent turning into a full-scale digital revolution.

What this will hopefully mean to Norwich is the creation of new jobs, a boost to the local economy, and an upward trend that should see Norwich claim its rigthful place as one of the UK's most vibrant and talked about cities.

I realise this all sounds a little "Braveheart", but I believe Norwich is truly representative of the spirit and talent that is found all across British cities outside the M25.

I feel the UK's tech industry has been too focused and reliant on London's "Silicon Roundabout" - and now is the time for places like "Silicon Norwich" to thrive and grow.

Want to get involved?

This is where my Blurtit plug comes in.

When tasked with developing a community growth strategy for Blurtit, we decided to make the most of our surroundings and reach out to the local community.

Despite enjoying a large amount of US traffic, we think it's important to remember and make the most of who we are and where we're from.

Blurtit isn't based in Palo Alto, California - we operate out of a lovely office just off Duke Street.

And to me, it makes sense that our core user base should be you guys... the people of Norwich!

Sure, we have ambitions to become the best Q&A site on the planet, but I honestly can't think of somewhere more exciting to start that journey than Norwich.

To join the Blurtit community, simply drop by www.blurtit.com and hit 'sign up'.