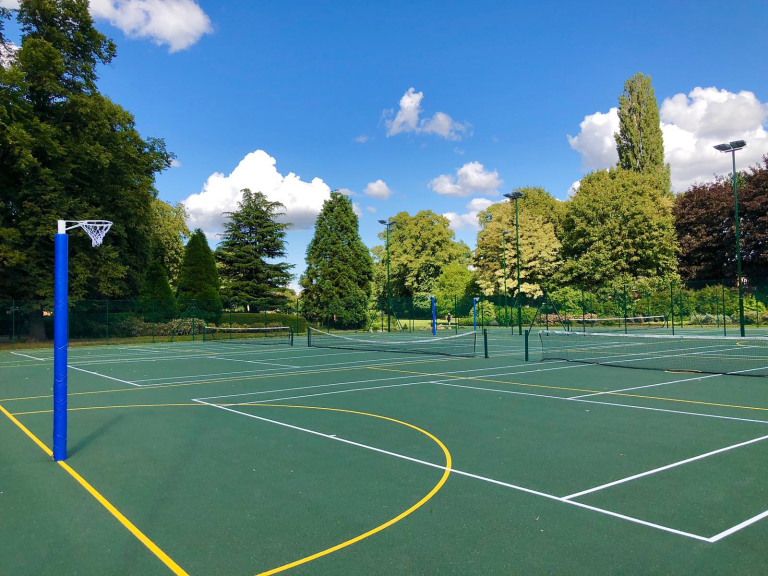 Over the past few weeks we've been taking a keen interest in the refurbishment of the tennis courts in Beacon Park.

On our daily walk through the park we've been able to see the progress that has been made not just to the courts but to all the children's play equipment and then last week they replaced the bridge across from the Lakeside Bistro and have included a much needed viewing point. 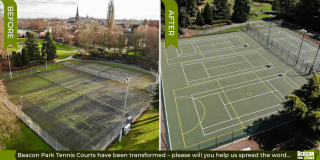 The tennis courts have been the hard work of a group of volunteers who were determined to keep tennis alive and kicking in Beacon Park where it's been for the past 85 years!

It was a long journey when the volunteers learned they had to raise £200,000 to keep the courts open.

But that didn't stop them and the fruits of their labour came into fruition over the weekend when the courts re-opened.

There are 4 tennis courts with floodlights and they've teamed up with local netball groups who will also be able to use the facility.

They want as many people as possible to be able to use the courts and there will be coaching sessions taking place across the age ranges.

So whether you're a novice or a hardened professional you will have the ability to play once again in the beautiful surroundings of Beacon Park.

To find out how you can get involved with Beacon Park Tennis just follow the link.