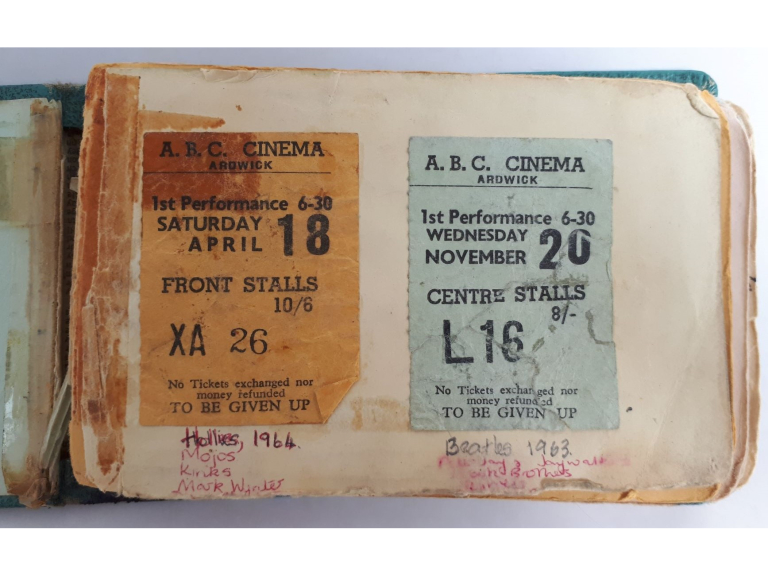 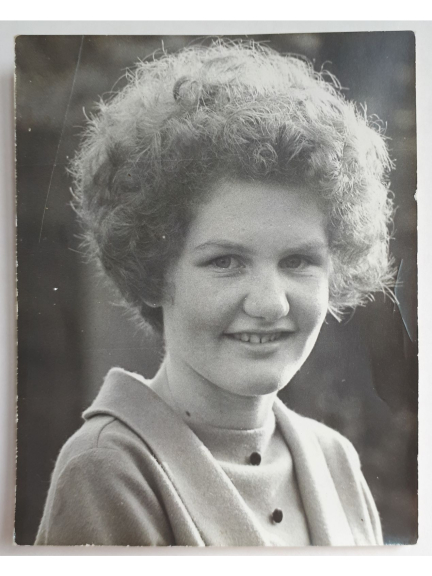 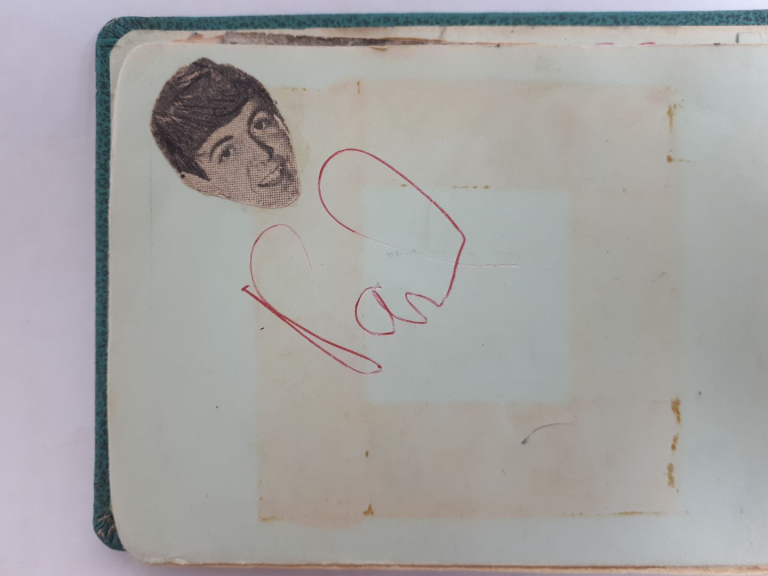 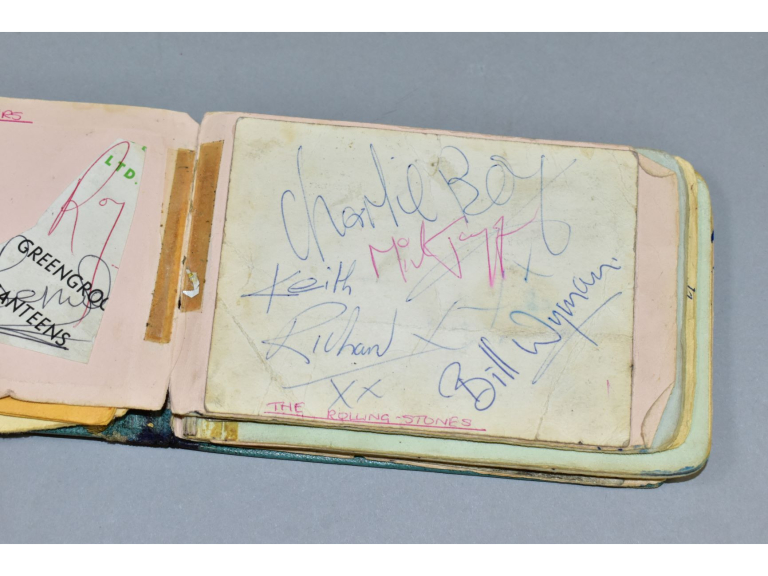 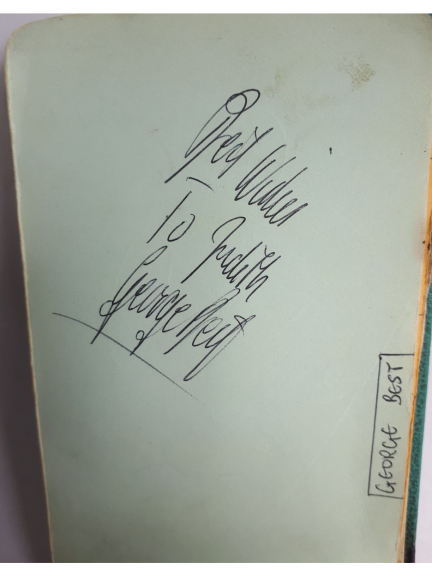 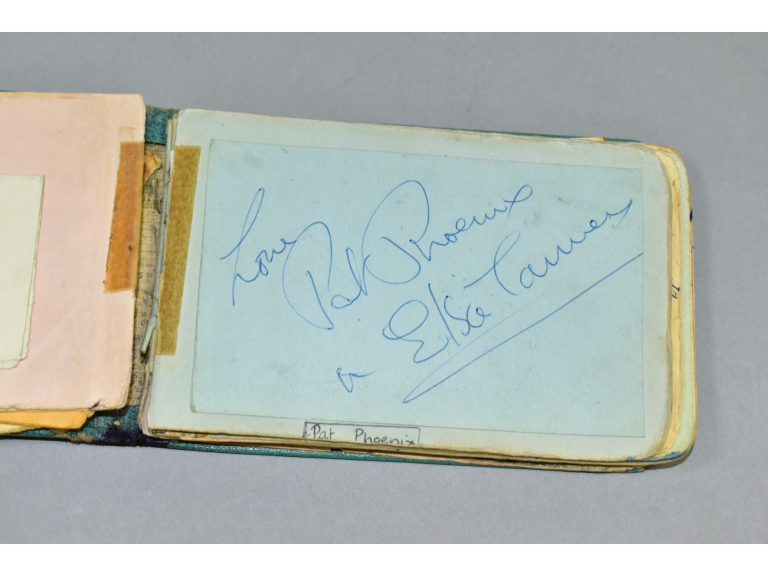 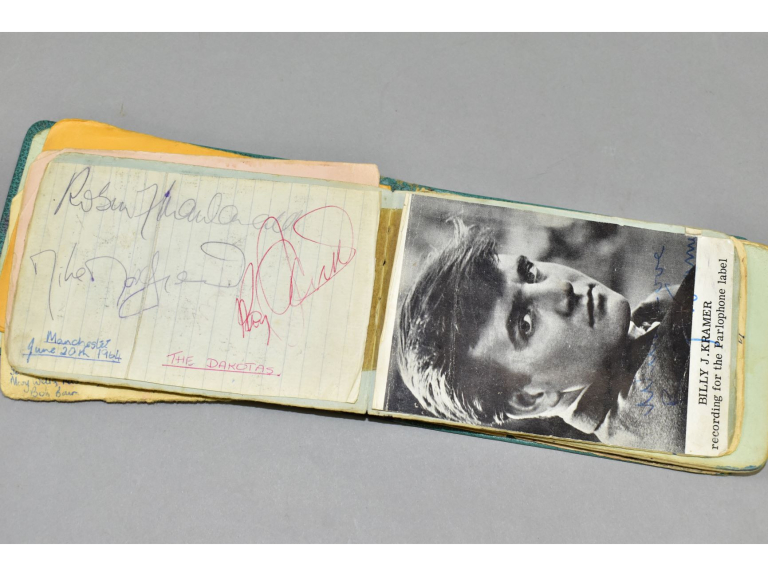 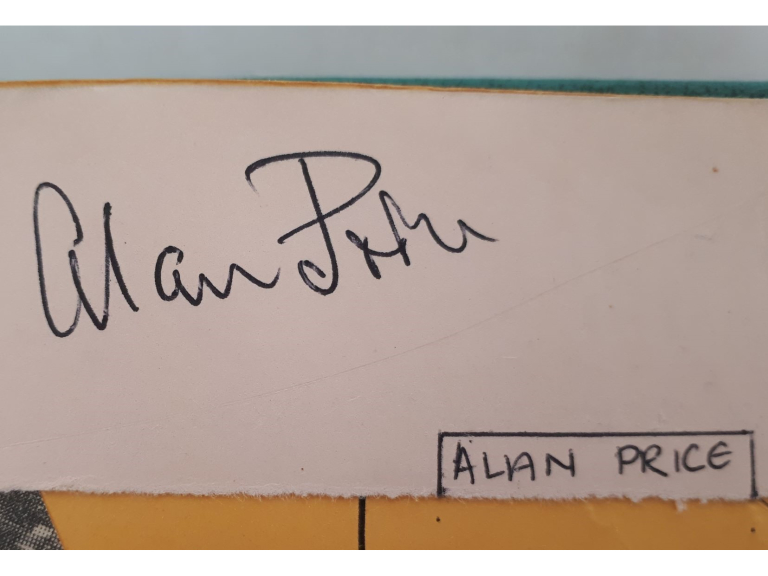 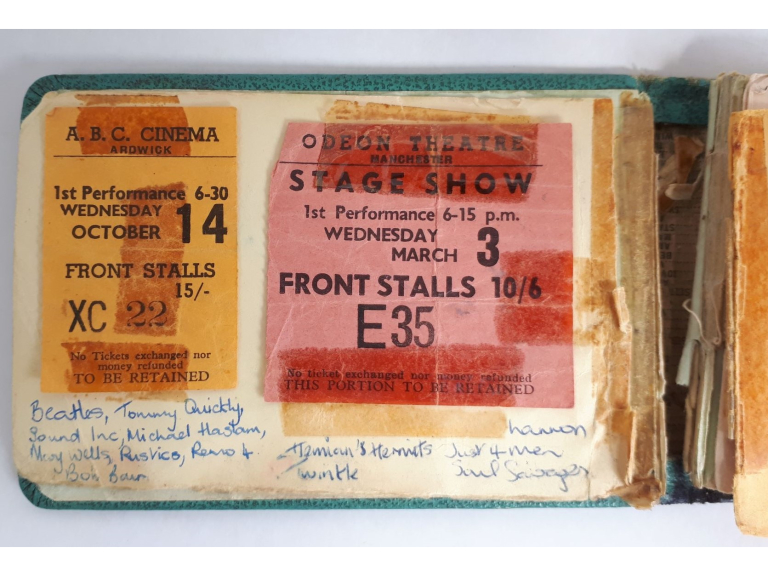 AUTOGRAPHS collected by a teenager as the 1960s started swinging are expected to sell for more than £1,500 in a Lichfield auction next month.

Judith Leach began collecting autographs of celebrities in 1963 and notched up names including The Rolling Stones, Paul McCartney, George Best and Matt Busby.

The fascinating book has survived four house moves, each time returning to languish in a drawer, and the mum-of-two, now 71, has decided it’s time to let someone else share her precious memories.

Specialists believe the book could fetch more than £1,500 when it goes under the hammer with Richard Winterton Auctioneers live from The Lichfield Auction Centre, Fradley Park, Staffordshire, as Lot 573 on Monday, August 9-10.

Judith, who now lives in Moira near Ashby de la Zouch, was a huge fan of The Beatles.

She remembers the day in 1965 walking with a friend to Granada TV Studios in Manchester where John Lennon and Paul McCartney were due to be filming The Lennon and McCartney Songbook.

“To go to the studio we had to go past The Midland Hotel near St Peter’s Square,” she said.

“Outside the hotel was a big black Rolls-Royce with blacked out windows.

“The revolving door started revolving and John and Paul came out.

“We raced across, my friend grabbed John – and he trod on her foot by accident!

“I grabbed Paul and gave him my autograph book and pen, which I had with me all the time then just in case I happened upon someone.

“But then they were quickly ushered into the Rolls-Royce and Paul still had my book!

“He could tell from the look on my face and quickly signed ‘Paul’ before handing me the pen and book back just as the car sped away.”

She added: “Later on I stuck a photo of Paul next to his photograph so people would realise who it was.

“The next day we went back to the hotel but by that point word had got around and there was a huge crowd outside!”

Judith, who grew up in Heaton Mersey and lived in Manchester until she was 35, went to three Beatles concerts at the Apollo at Ardwick Green and the autograph collection includes her tickets.

“The only way I could describe it is you could have cut a piece of the atmosphere out,” she added.

The head mistress and the chaplain at the convent school Judith attended were avid football fans and huge supporters of Manchester United.

The school staged an annual football match on St Patrick’s Day between England and Ireland and that’s when, on March 17 1965, Judith met George Best and Matt Busby.

“We were in the only classroom overlooking the car park. Someone spotted that George Best and Matt Busby were arriving and the classroom emptied!

“Everybody had left things for them to sign and following the match they had afternoon tea with the nuns.

“But we waited around to meet them again afterwards and that’s how I got a second signature with a personal message.”

Judith, whose father used to work at the Manchester Evening News and the Manchester Guardian, started the book with autographs of The Batchelors circa 1963 in Blackpool.

She obtained many of the signatures in local music shops in Manchester or waiting outside concerts.

Ironically, among the few autographs in the book given to her and not personally obtained are those of The Rolling Stones, which were secured with the assistance of – appropriately enough – Mother’s Little Helper.

The page features the signatures of Mick Jagger, Keith Richard – an early instance of him dropping the ‘s’ from his surname at the behest of manager Andrew Loog Oldham – Bill Wyman and Charlie Watts, the latter as ‘Charlie Boy’.

“Early in my collecting career a friend of my mother’s got The Rolling Stones’ autographs,” explained Judith.

“It was so many years ago I can’t remember the details but I think it was at a hospital charity event.

“I know it was from one of my mother’s friends and we pasted the precious piece of paper into my book.”

Ephemera specialist Robert French said: “This is a superb collection which underlines what an important role Manchester and its music scene played in pop culture as the 1960s really started swinging.”

He added: “Provenance is supported by the personalised nature of some of the signatures and the inclusion of ticket stubs from the A.B.C. Cinema, Ardwick and the Odeon Theatre Manchester.”

Auctioneer Richard Winterton added: “Lovingly put together and carefully collected, one can picture young Judith keeping her eyes wide open for the stars as she enterprisingly carried her autograph book and pen around with her.

“The collection really gives the impression that everything was happening there, with Manchester buzzing with celebrities – although Judith maintains it wasn’t all as glamourous a picture as that painted by her autograph book.”

The book goes under the hammer live from The Lichfield Auction Centre as Lot 573 on Monday, August 9-10.

Judith Leach started the collection in the early 1960s.

Macca’s signature: “He could tell from the look on my face and quickly signed ‘Paul’ before handing me the pen and book back just as the car sped away,” said Judith.

Judith Leach went to three Beatles concerts at the Apollo at Ardwick Green and the autograph collection includes her tickets.

The Rolling Stones, featuring Charlie Watts as ‘Charlie Boy’ and Keith Richard, an early instance of the guitarist dropping the ‘s’ from his surname.

A personal message from George Best.

Billy J Kramer and the Dakotas.

How are you planning to celebrate the Platinum Jubilee Weekend?
Sign up for offers
Sign up for what's on guide
Become an author
Popular Categories
By clicking 'ACCEPT', you agree to the storing of cookies on your device to enhance site navigation, analyse site usage, and assist in our marketing efforts.
For more information on how we use cookies, please see our Cookie Policy.