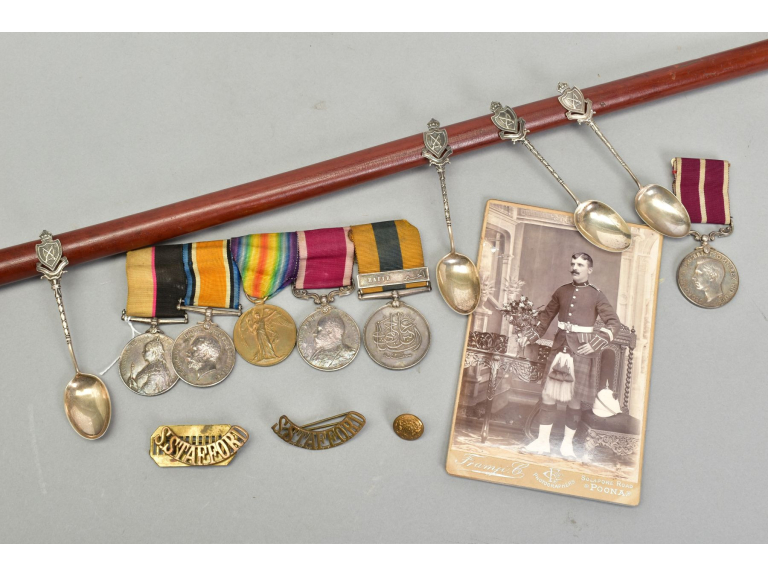 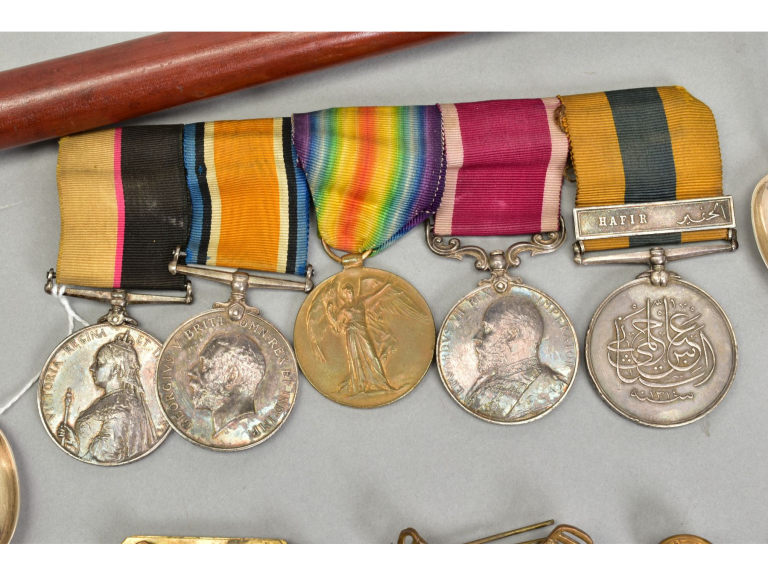 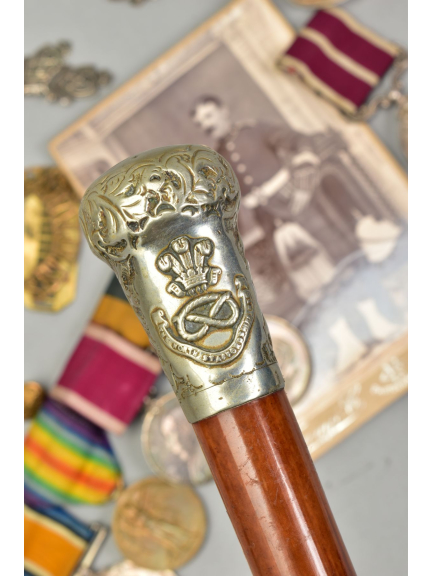 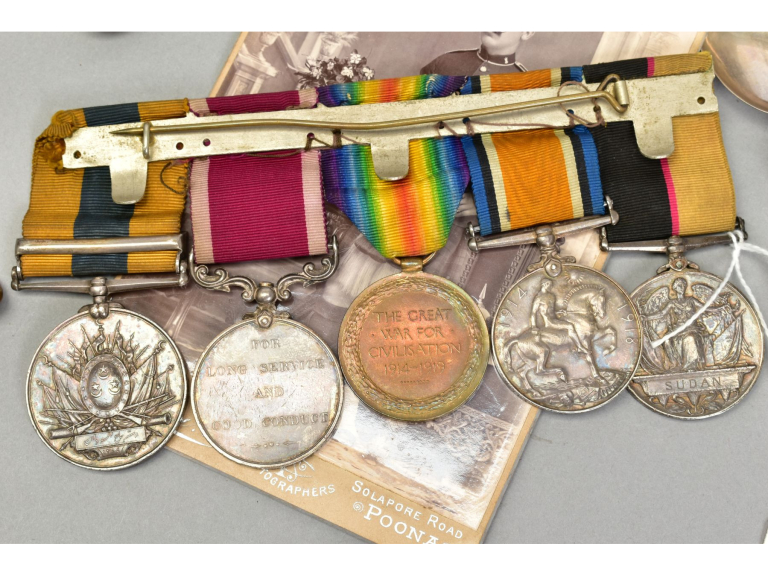 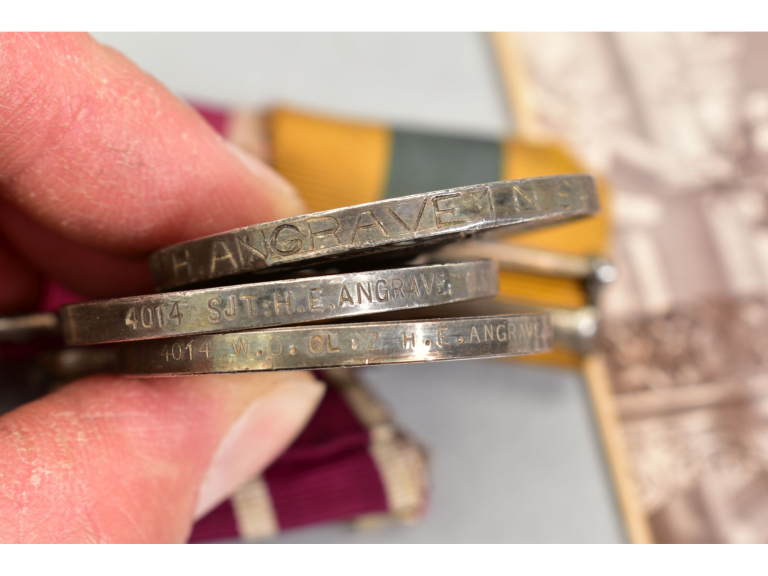 The significant group of six medals to Hugo Angrave, who served in the 1st Battalion North Staffordshire Regiment in the Sudan Campaign and later in the First World War, is coming to sale with Richard Winterton Auctioneers online from The Lichfield Auction Centre on Monday, September 28.

The set, from Lichfield, includes the unique ‘Hafir’ Battle Bar and a North Staffs military swagger stick topped with the regimental crest.

It is being sold as Lot 282 online only in Richard Winterton Auctioneers’ Antiques & Home Sale starting 9.30am on Monday, September 28.

Hugo E Angrave served with the 1st Battalion, which was based in Ireland but moved to England in 1883.

After moving from Wadi Halfa to avoid a cholera outbreak, the battalion began operations under Lord Kitchener and in September was involved in the battle against the ‘Dervish Army’ in the Battle of Hafir.

“This is a fantastic medals group with significance locally to Staffordshire but also across the board in terms of British military history,” said Nick Thompson, militaria specialist at Richard Winterton Auctioneers.

“The 1st Battalion was the only British Line Regiment with this honour, serving under Lord Kitchener in the Sudan.

“No other regiment in the British Army was awarded the Hafir Bar.

“This is a significant and completely unique group of medals to a soldier whose military service is remarkable.”

The group consists of:

The first five medals are on a period wearing bar, all with period ribbons.

Also with the group is a North Staffs Regiment swagger stick, metal topped with a regimental crest, a set of four solid silver spoons named on the cartouche to Sgt Angrave, two Stafford WW1 era collar tags and a small button.

There is also a mysterious sepia photo on card of a soldier in Scottish Victorian uniform complete with kilt, who is believed to be a family member.

The collection is estimated to fetch between £700 and £900 at auction on Monday, September 28. The sale starts at 9.30am – for more information, visit www.richardwinterton.co.uk, call Richard Winterton Auctioneers on 01543 406124 or email office@richardwinterton.co.uk.