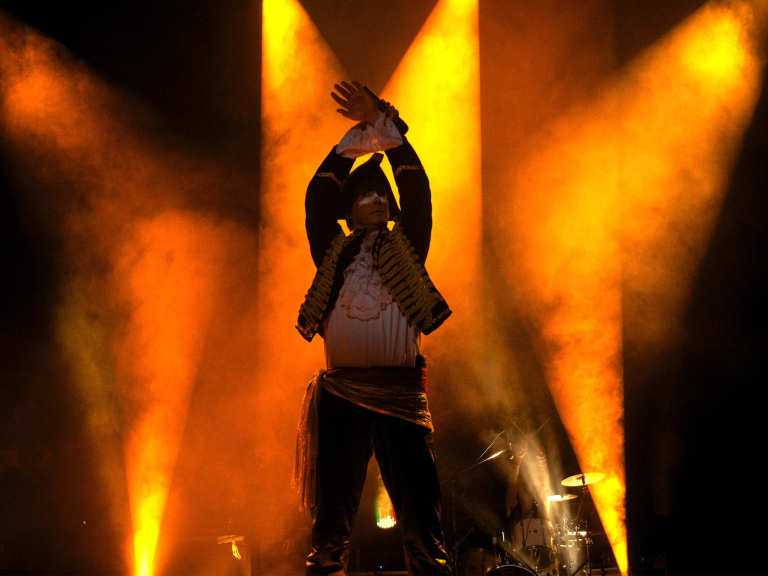 The Lichfield Garrick has announced its new Summer Season which runs from May to September 2018. This season is packed full of variety with something for everyone at their local theatre.

After the success of the theatre’s two critically acclaimed community musicals, the Lichfield Garrick has announced it’s 2018 offering; Once Upon a Mattress. If you thought you knew the story of Hans Christian Andersen's famous fairy tale, The Princess and the Pea, you might be in for a big surprise. This musical is full of side-splitting moments in this raucous and rollicking spin on the classic tale of royal courtship and comeuppance.

The musical theme continues with What A Glorious Feeling!, a fantastic new musical direct from Broadway that brings together the behind-the-scenes story of the tempestuous love triangle between Gene Kelly, Stanley Donen and Jeanne Coyne during the creation of Singin’ in the Rain. Local Lichfield actress Katie Arnstein brings her one woman show Bicycles and Fish which explores her upbringing in Lichfield to the theatre’s Studio space. For music lovers and fans of Shakespeare alike, Oddsocks Productions will be taking The Tempest on a sci-fi journey to outer space. Will it be one small step for man, one giant leap for Shakespeare? Find out for yourself in this hilarious, out of this world musical adaptation.

The Lichfield Garrick’s Executive Director, Karen Foster, on the new Summer Season said: “We are proud that, as a small independent charity, we are able to welcome everyone from celebrities to our community performers with the excitement and razzamatazz of our community musical. This season offers something for everyone and we look forward to welcoming people from all over the district into the theatre.”

For the little ones and family audiences, the Lichfield Garrick’s new season is full of treats. There will be thrills, spills, magic and mayhem in Monstersaurus! and CBeebies’ favourite Bing takes a trip to Lichfield in Bing Live – Bing Goes to the Theatre. Will the theatre be able to keep it’s roof on as The Enormous Turnip takes over the main auditorium?

For those a little older, the theatre welcomes a host of television personalities including Patricia Routledge, Neil Oliver, Simon King, Lucy Worsley and Strictly Come Dancing’s Robin Windsor with his farewell tour. Later in the season, the Lichfield Garrick welcomes Edgar Wallace’s The Case of the Frightened Lady, a chilling, captivating and complex thriller. Look at for the all-star cast announcement coming soon.

GRAMMY nominated jazz singer Stacey Kent makes one of her few UK appearances here at the Lichfield Garrick, whilst Lichfield favourite Tony Christie and multi-Brit Award winning singer, Russell Watson, bring their unique styles to the theatre. We bid a fond farewell to the Barron Knights who will be jousting one last time. Not able to see the real thing? The Lichfield Garrick’s Summer Season is full of the best tributes around from Someone Like You: The Adele Songbook to The Upbeat Beatles and a very special night of nostalgia with 80’s Mania.

Karen Foster further added: “Our Summer Season welcomes some of the best known performers to Lichfield. We look forward to sharing tales of musical theatre with ‘Hyacinth Bucket’, Patricia Routledge and discovering wild-life with Simon King, camera-man and presenter of shows such as Big Cat Diary. However, for the stars of the future, we are also bringing some wonderful half-term workshops to the theatre and have two summer schools planned for budding performers in August.”

New for the 2018 Summer Season, the theatre has launched a monthly film night, bringing the very best blockbusters to the big screen in Lichfield. Opening with Jumanji: Welcome to the Jungle on Saturday May 5, the Lichfield Garrick is offering the full cinema experience in the comfort of your local theatre. For those who are looking to gain or improve on their theatre skills there are a variety of half term work shops and summer schools to keep the most avid of young theatre lovers engaged and enthralled.

The Lichfield Garrick’s new season is on sale on Saturday 28 April 2018 from midnight online and at the Box Office from 11am. Tickets can be booked via the Box Office on 01543 412121 or t www.lichfieldgarrick.com

The new season brochure is now available to download from www.lichfieldgarrick.com or to pick up a copy in person from the Box Office.