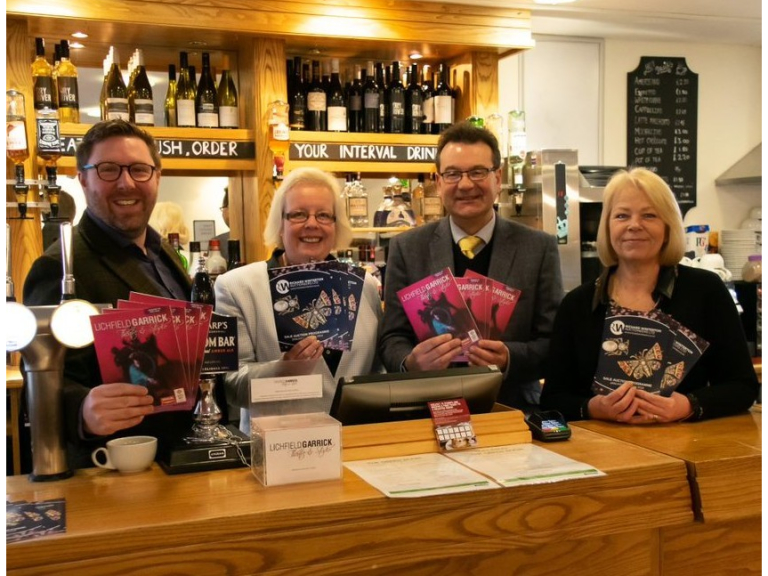 Richard Winterton Auctioneers will be headline sponsor for the Lichfield Garrick Green Room, providing valuable support for the catering arm of the charity’s work.

Richard Winterton Auctioneers saw a star January with a record 93.4 per cent selling rate and 2,584 lots going under the hammer. The business will benefit from promotion to the 120,000+ visitors who use the Lichfield Garrick Green Room during performances and during the day.

“The Lichfield Garrick has become an institution in the city since opening in 2003 and that status has been further cemented by the theatre becoming a charitable trust in 2013.

Thousands of people locally and from across the country visit Lichfield because of the Garrick and as such it is a facility which is a vital part of the fabric of the city.

My family has been auctioneering here since 1864 – we are now on our seventh generation of Winterton auctioneers – and Lichfield is such an important place to us.

We are delighted to partner such a major asset to the city.”

“We are thrilled to have agreed a great partnership with such an important Lichfield business. We are a registered charity and rely on generous support from businesses and individuals, so the partnership with Richard Winterton Auctioneers means we can continue to improve and expand our Green Room café, which is an asset to our welcoming theatre. We would like to thank Richard and his team for their support and enthusiasm.”

The sponsorship will involve new branding in the Green Room to acknowledge the support of Richard Winterton Auctioneers. Both businesses hope to make the most of a long-term partnership and have some great plans for the future.

Businesses are invited to support Lichfield Garrick in all sorts of ways. Contact Matt Clay, Sales & Development Manager on matthew.clay@lichfieldgarrick.com or 01543 412123 for more details.