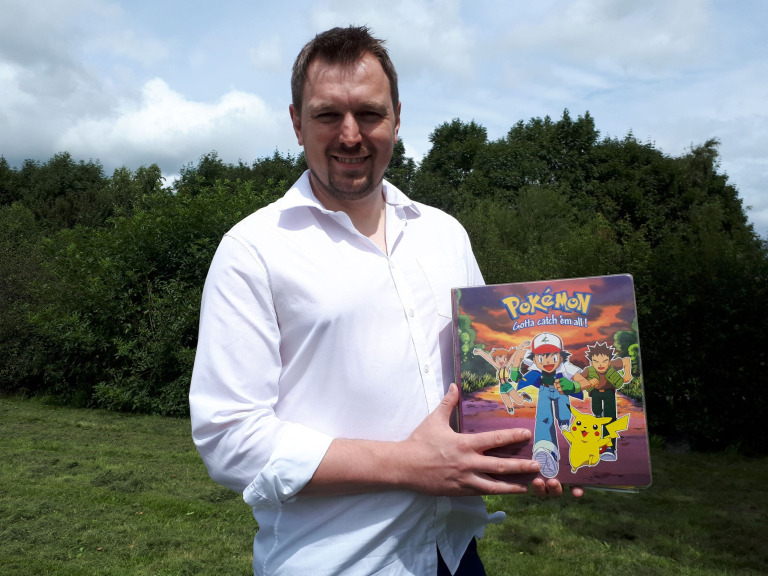 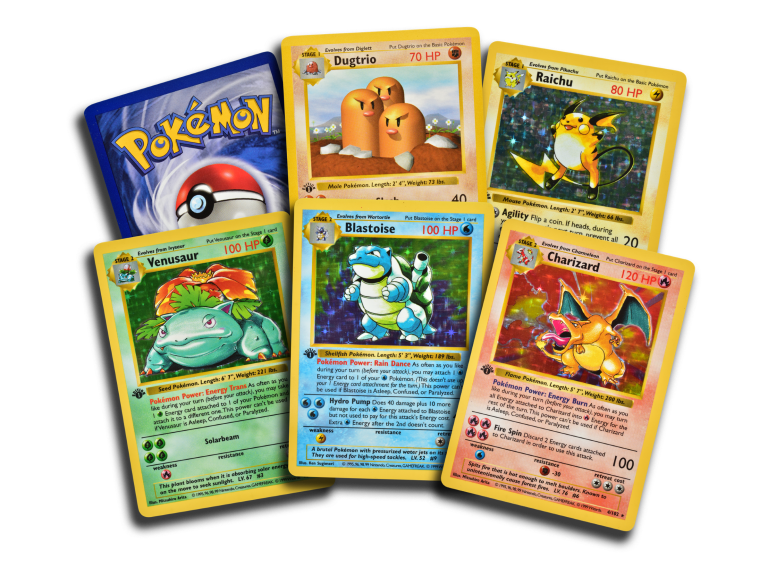 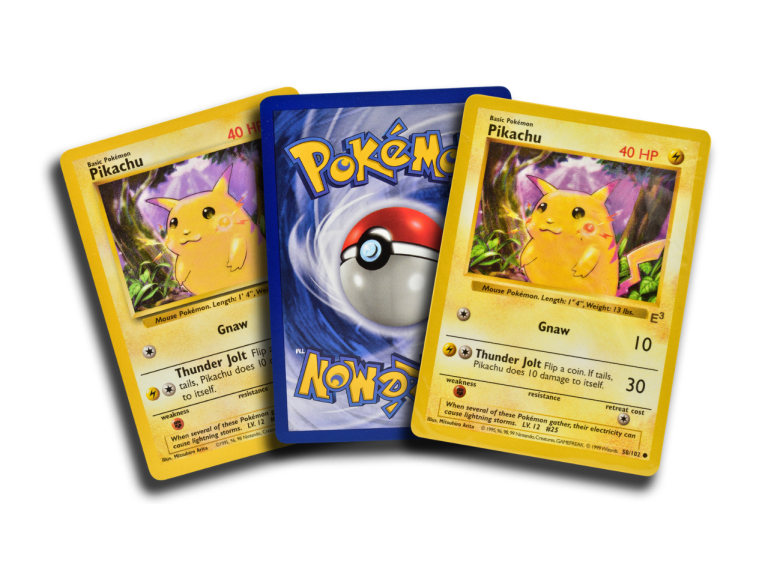 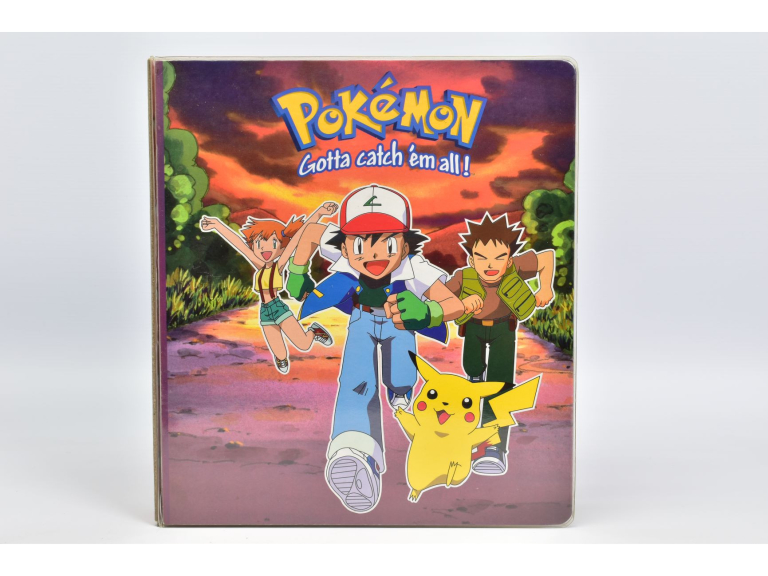 A complete base set of the first edition Shadowless Pokemon cards bought directly from original US publishers Wizards Of The Coast in 1999 is coming to auction with Richard Winterton Auctioneers in Lichfield on July 27.

The 102-card shadowless set has actually 103 cards as there are two different versions of the iconic Pikachu, numbered 58a for Red Cheek Pikachu and 58b for Yellow Cheek Pikachu.

The cards are housed in plastic sleeves from which they have hardly ever been removed and are in excellent condition.

They come together with a vintage 1990s official Pokemon trading card binder with the classic slogan ‘Gotta catch ’em all!’ on the cover.

The collection is estimated to fetch in the region of at least £25,000 and £35,000 and is viewed as something of a Holy Grail for serious Pokemon afficionados all over the world.

With this in mind, the live, online-only UK auction has been specially timed to assist collectors across the globe.

Vendor Nigel Brookes hopes the collection will remain whole and be taken on by a Pokemon fan who will cherish it.

As a milestone in one of the world’s biggest media phenomena, it may even one day form the centrepiece of a Pokemon/anime museum in Tokyo or LA.

The collection was bought in 1999 for Nigel’s 14th birthday as a special present. Unusually for the time, it was acquired online directly from the Wizards Of The Coast shop in the United States.

The family had an inkling that the set might one day be worth a fortune but were astounded to discover it could fetch tens of thousands of pounds.

Nigel, a self-employed sales consultant who grew up in Streetly, West Midlands, decided now is the time to give another enthusiast the chance to own the piece of history.

The father-of-three hopes the money will benefit his children as they grow up.

His eldest daughter Layla, 8, is a massive Pokemon fan and even offered to buy the set herself… for £6!

“It soon became apparent that this collection could become an ace up the sleeve one day,” said Nigel, 33.

“We’ve looked after this for 20 years and hope it will go to someone who will respect it in the same way.”

A portmanteau of ‘Pocket Monsters’, Pokemon has become one of the world’s biggest and most popular media franchises ranging from video games, trading cards and anime to movies and apps.

The Pokemon Trading Card Game based on the Nintendo franchise was first published in October 1996 by Media Factory in Japan and by Wizards Of The Coast in the US.

Each card depicts a Pokemon from the video games; players assume the role of a ‘trainer’ and battle each other by deploying their pocket monsters.

The collection is being marketed by Richard Winterton Auctioneers from The Lichfield Auction Centre, Fradley Park, Staffordshire WS13 8NF.

The family firm has moved all its live auctions online-only in response to the coronavirus crisis and has since staged record-breaking sales attracting thousands of bidders from all across the world.

“They do not come up very often and this one is particularly special because it has been in the same family from new and carefully kept safe for more than 20 years.”

Viewing is highly recommended, with high resolution photographs of each card available to view online.

Viewing in person, strictly by prior appointment only and with numerous Covid-secure procedures in place, can be arranged by calling 01543 406124 or emailing office@richardwinterton.co.uk.