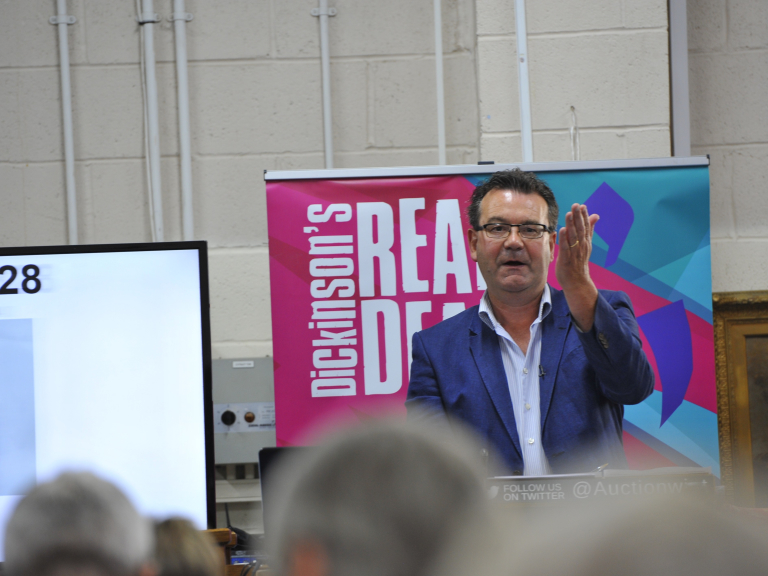 City historian Laura Bowcutt painstakingly pieced together the extensive archive, which includes lists of Lichfield’s legion of pubs and their respective landlords dating back to Victorian times.

Hundreds of photographs capture the changing face of the city’s streets, bolstered by newspaper cuttings and other supporting documents.

As well as pubs, there is also memorabilia of The Lichfield Brewery and information on the old Regal Cinema, changing shops and trade premises, the hospitals, a collection of old maps and local history books.

“It was just an interest that I had so I started doing research and taking photos as a hobby,” said Laura, 84.

“I’ve had a lot of help from friends over the years and I’m very thankful for all the support I’ve had.

“The collection just grew and grew and now is the time to pass it on.”

The archive is estimated to fetch between £500 and £600 when it goes under the hammer of auctioneer Richard Winterton at The Lichfield Auction Centre on Wednesday, July 17.

The archive is a mixture of her own pictures – Laura started taking photographs aged 15 – and others which have been given to her over the years.

Word of her expertise in and archive of the city’s public house heritage spread and Laura has given many talks to organisations such as the Rotary.

She worked at St Mary’s for 25 years serving as a custodian of the photographic archive there and helped in the making of John Shaw’s definitive book The Old Pubs Of Lichfield.

The sale includes Laura’s own signed copy with a note of thanks from Shaw on the title page.

There is also a signed and dedicated copy of Mr Shaw’s book Street Names Of Lichfield.

Other fascinating facets include an old beer bottle embossed with “John Simms Ltd Lichfield” – a similar bottle was found 20ft under the ground by workmen at the former Royal Oak in Sandford Street in April 2001.

A separate lot in the auction features Laura’s collection of Lichfield postcards from the Edwardian era to the modern across two albums alongside an album of Victorian and Edwardian greetings cards.

“Lichfield’s pubs have a fascinating history and this collection is simply stunning,” said auctioneer Richard Winterton.

“It’s almost impossible to put a value on it in real terms – for either those with a dedicated interest in the changing face of the city or indeed any proud Lichfeldian.

“It’s an absolute wealth of information – an unprecedented chance to immerse yourself in a bygone era and learn about the changing face of the city.

“A veritable treasure trove of Lichfield’s watering holes through the years – some still popular pubs today and many where time was called many moons ago.”

The archive features in Richard Winterton’s sale at The Lichfield Auction Centre, Wood End Lane, Fradley Park, from 9.30am on Wednesday, July 17. Viewing takes place on the morning of sale from 8.30am.