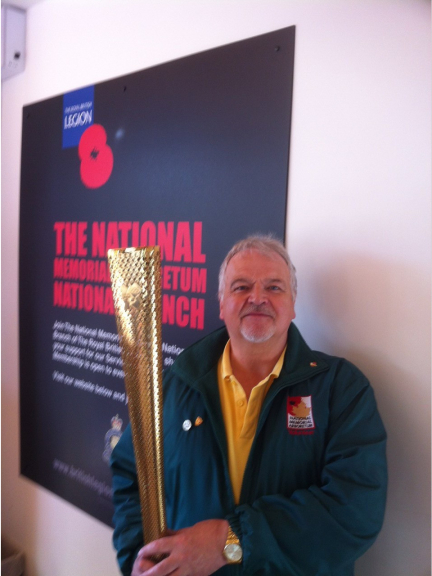 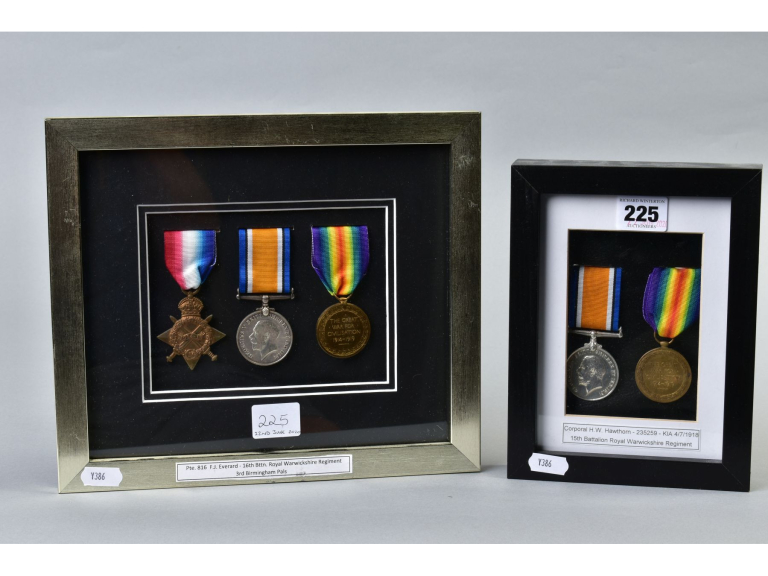 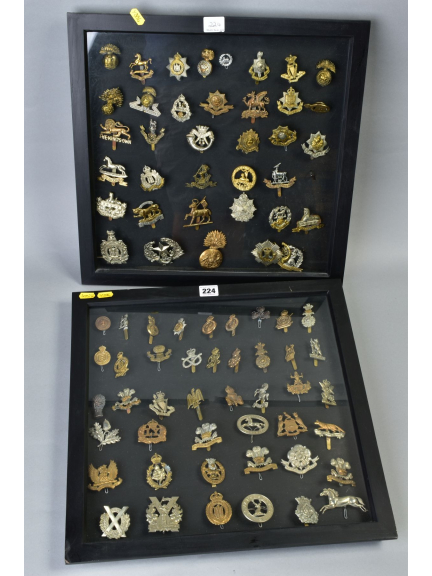 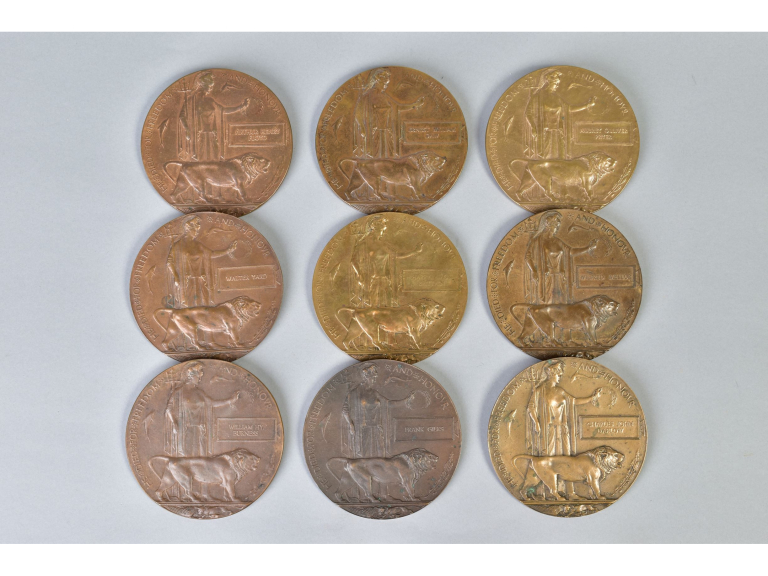 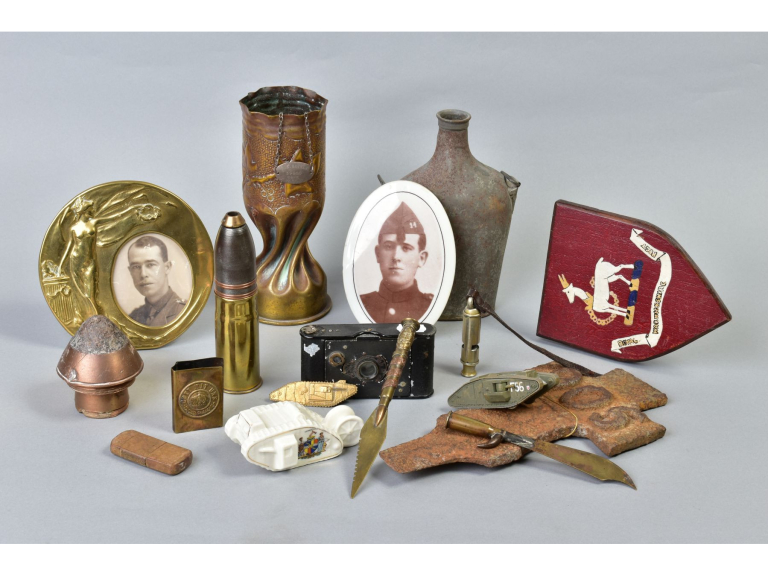 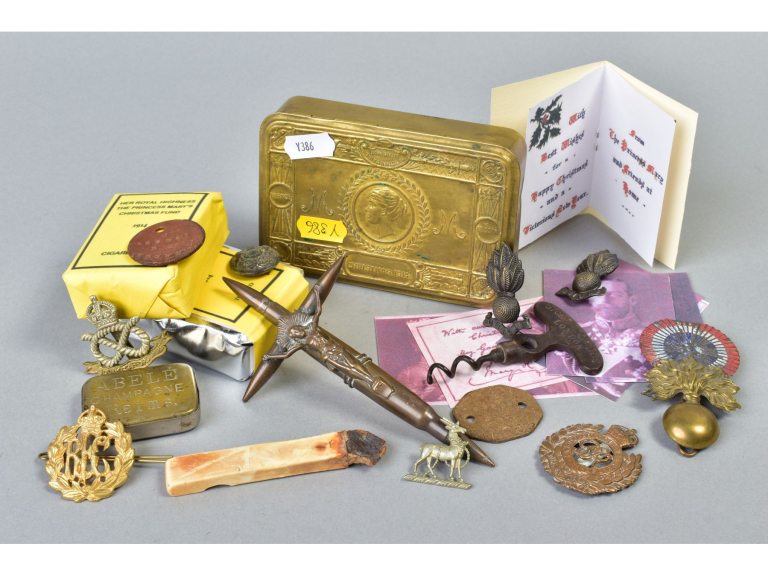 David Bryant, who died shortly before Christmas 2019 aged 71, was particularly interested in the Birmingham Pals – infantry battalions of the Royal Warwickshire Regiment – and the Tank Regiment.

He would make pilgrimages to memorials in France and Belgium and place specially printed crosses on soldiers’ graves.

As a meet and greet volunteer tour guide at the National Memorial Arboretum, David carried out guided and buggy tours and the depth of his knowledge continually impressed visitors, fellow volunteers and staff alike.

Now the Tamworth man’s carefully accumulated collection of World War One memorabilia and medals is coming up for sale at The Lichfield Auction Centre with Richard Winterton Auctioneers.

The online-only auction from 10am on Monday, June 22, includes an archive of more than 200 books, framed medals, memorial death plaques to fallen soldiers including Birmingham Pals, cap badges, trench art and photograph albums with WW1 postcards. 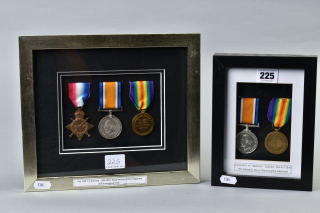 One poignant lot features a knife handle found on a battlefield site and a crucifix made from inert ammunition.

The entire collection is estimated to fetch in excess of £2,000.

“David was very particular with what he acquired for the collection – every item had to be something he could research,” said a family spokesperson.

“Birmingham Pals was his pet subject along with World War One tanks. He knew all the history.

“We are so proud of everything David accomplished and we want his collection to go to people who really care and will appreciate it.”

The proceeds of the sale will go to David’s children, Hayley and Nick.

“This is a beautiful collection of WW1 militaria which has been lovingly put together with a great deal of passion and knowledge,” said Nick Thompson, medals and militaria specialist at Richard Winterton Auctioneers.

“It will particularly appeal to collectors who are interested in Birmingham Pals.” 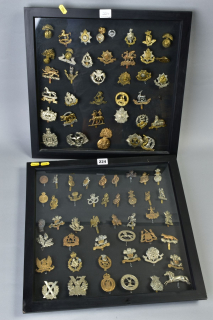 All sales have been moved online due to COVID-19 safety measures and the family firm offers a range of options for contactless, appointment-only valuations as well as estimates via email and WhatsApp.

Stringently observed procedures are also in place for house clearances.

Please telephone 01543 406124 or email office@richardwinterton.co.uk to discuss any of these options.

David Bryant volunteered at the National Memorial Arboretum for 10 years. The reception following his funeral was held at the site.

Framed medal groups to members of the Birmingham Pals.

One poignant lot features a knife handle found on a battlefield site and a crucifix made from inert ammunition.

WW1 trench art including a shell fashioned into a vase, letter openers, match holders, a sterling silver oval dog tag and a camera.