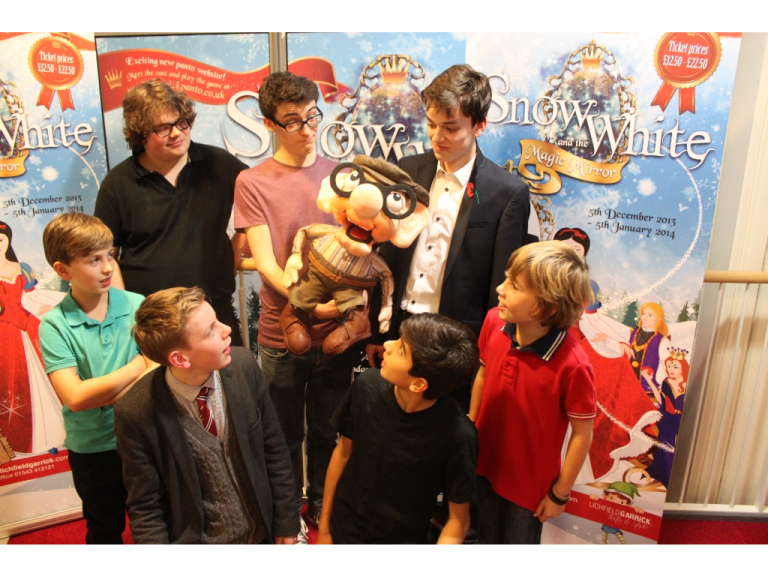 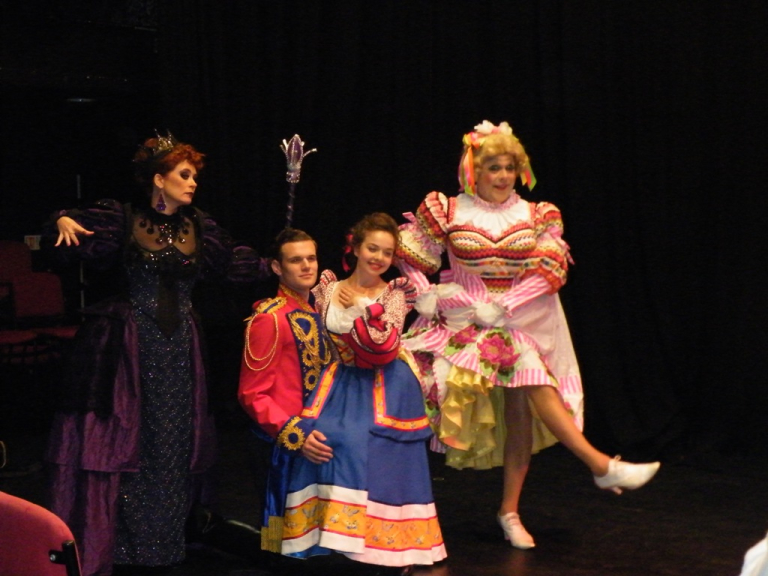 The theatre's pantomime features seven puppets, Hugh, Pugh, Barney, McGrew, Cuthbert, Dibble and Grub, the voices of whom will be created by seven students who are members of Lichfield Garrick Youth Theatre and Lichfield Operatic Society.

The Hugh and Pugh twins will be the voices of Lewis McLaren and James Brown, and the others are Gus Wade, Harry Singh, Chris Buckle, Will Stevenson and Alfie Kentesber.

The seven youngsters met at the theatre on Sunday to rehearse their music and meet their puppet counterparts.

Adrian Jackson, Lichfield Garrick’s Chief Executive and Artistic Director, said: “I’m delighted to give the young people ofLichfield the opportunity to be involved in our production of Snow White. Their voices will be featured in all 52 performances and I’ll be inviting all seven of them to a performance to see and hear their finished work.

The youngsters, ranging from 10 to 17 years old have been rehearsing their lines and perfecting their accents, as each puppet will originate from a different part ofGreat Britain.

They will all return to the theatre next week to record their voices. Each puppet will be operated by members of the Snow White cast and you can see a snippet of rehearsals in our video gallery at www.garrickpanto.co.uk

“Each puppet has been handmade and they play a very important role in the show and will certainly be keeping the children entertained,” continued Adrian.

In Snow White and the Magic Mirror, Fraulein Strudel will welcome audiences to Transylvania, the home of Queen Evilene. But is the queen’s evil reign about to end with the arrival of the beautiful Snow White?

Will Snow White marry Prince Harry and live happily ever after? And, just who are Hugh, Pugh, Barney, McGrew, Cuthbert, Dibble and Grub?

Come along and find out just who is the fairest in the land in the Lichfield Garrick’s all new Christmas pantomime.

Snow White and the Magic Mirror is playing at the Lichfield Garrick from Thursday 5 December 2013 to Sunday 5 January 2014, with a variety of schools, matinee and evening performances.