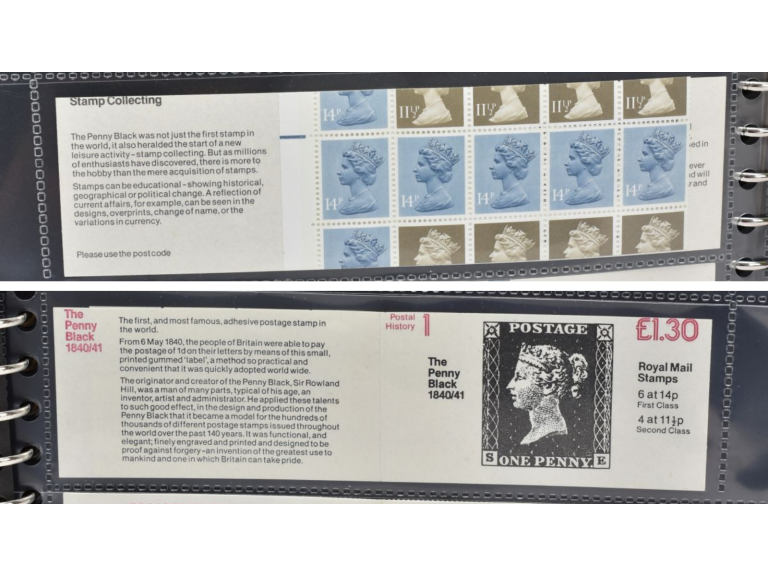 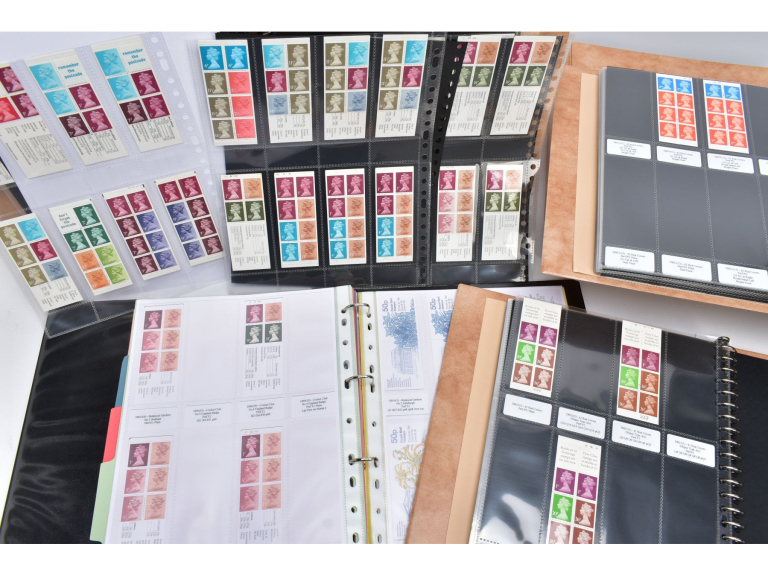 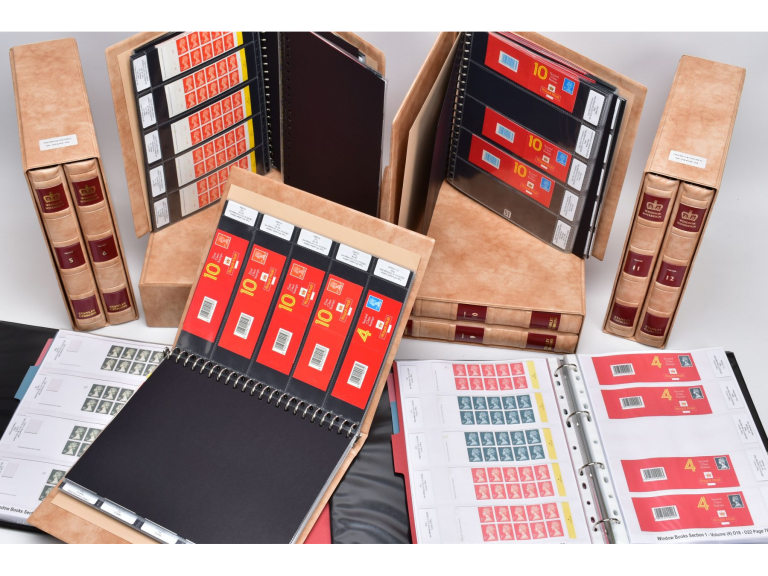 Meticulously catalogued by a collector from the Cannock area over a number of years, the archive comprehensively covers variations in how stamps were printed or perforated.

It includes sets of folded and counter booklets with many rare variations of selvedge – the excess area of a printed or perforated sheet of material, such as the white border of a sheet of stamps – and other errors such as missing phosphor.

There is also a superb array of red ‘window’ booklets – which superseded pictorial counter booklets – with different tab types, phosphor types, including phosphor omitted in error, rare cylinder numbers and some ‘error of contents’ booklets.

Phosphor tagging is applied to stamps as a means of triggering cancellation and sorting equipment.

Stamp specialist Phil Ives said: “This large collection has been a real labour of love for this enthusiast.

“It has been meticulously assembled over many years at considerable effort and sourced from numerous specialist Machin dealers.”

The Machin series of postage stamps is the main definitive stamp series in the UK, used since June 5 1967 and the second series to figure the image of Queen Elizabeth II.

Designed by Arnold Machin, they consist simply of the sculpted profile of the Queen and the denomination and are usually in a single colour.

The series has encompassed almost all changes and innovations in British stamp printing, which has triggered a buoyant market for specialist philatelic collectors.

Mr Ives added: “This particular collection of modern booklets is the most in-depth that I have ever seen.

“As such, this opportunity presents a wonderful chance for the Machin booklet specialist dealer or collector.”

The consignment is part of a selection of stamps going under the hammer on March 15.

These include a large, mainly mint condition collection of Great Britain stamps dating from 1948 to the present day across five albums alongside first day covers plus numerous collections of modern GB and international stamps.

The online-only sale live from The Lichfield Auction Centre, Fradley Park, starts at 9.30am. For enquiries, telephone 01543 406124 or email office@richardwinterton.co.uk.

Another stamps sale is planned for May 10, with consignments invited now.