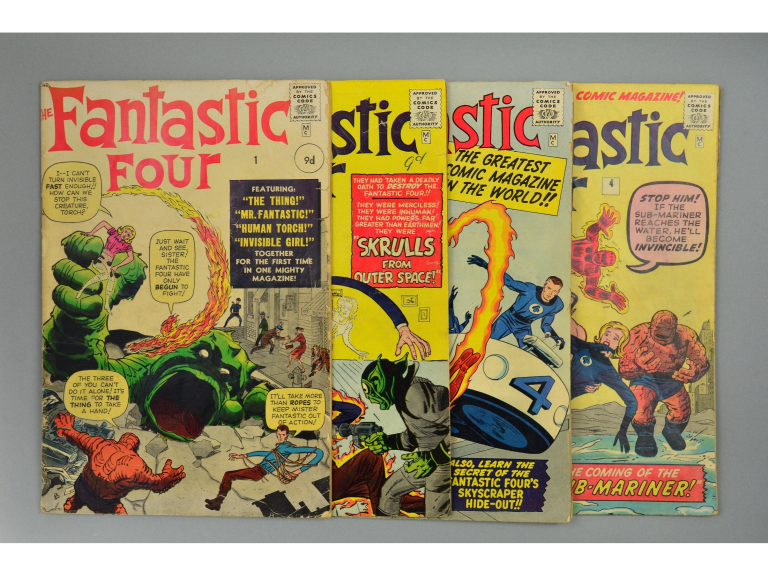 More recently, the comics came a whisker away from being stolen TWICE in six weeks before eventually getting locked away in a bank vault.

They have now fetched £15,200 in a special online auction run by Richard Winterton Auctioneers in Lichfield.

Mr Bowler died aged 66 in March 2017. His widow Joyce decided to part with the collection to help support her retirement.

The couple’s nephew, James Linden from Kingstanding, Birmingham, said: “Me and my aunt are pleasantly surprised and very happy with the prices obtained for the collection of Marvel Fantastic Four comics of my late uncle Brian and for the professional services advertising and media coverage supplied by Richard Winterton and his team in Lichfield, Staffordshire.

“I’d recommend this auction house to anyone who’s looking for a professional team to deal with their antiquities and collectables.”

Mr Linden remembered his uncle showing him the collection when he was a young boy.

“He kept them in plastic sleeves and he would turn the pages,” he said.

In later years, Mr Bowler resorted to keeping the comics in a bank vault after his home was raided twice – miraculously each time the burglars missed the collection.

“Once he came home from a holiday in Tenerife to find his home in Lozells had been burgled,” said James.

“Jewellery, electrical items, all were taken. But if the thieves had only looked under the bed they would have gotten away with a colossal amount of comics which were worth a fortune!

“They were burgled again six weeks later but fortunately the assailants again missed the collection.

“From then on, he kept the comics in a bank vault.”

James, 47, has previously appeared on Dickinson’s Real Deal – a programme on which Richard Winterton regularly auctioneers – and enjoys trawling car boot sales and antiques fairs, saying it’s ‘amazing what you can find if you have a good eye’.

Mr Winterton added: “We are delighted with the prices our specialist auction has been able to achieve for Joyce and family.

“We are planning another comic sale in September and entries are invited now until August 31.”