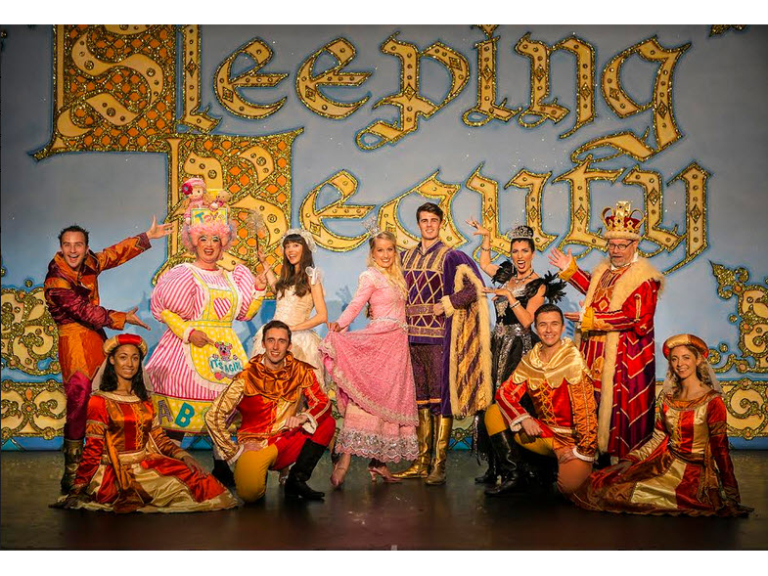 The cast arrived at the theatre to meet each other for the first time and then took to the stage for photos and television interviews. Passers-by were treated to a first glimpse of the cast in their wonderful costumes.

Tim Ford, Lichfield Garrick's Artistic Director, said: “We had a fabulous day and it was wonderful to welcome the cast, the creative team and our sponsors, Tempest Ford, to the Garrick for the launch.”

Sleeping Beauty is the first pantomime at the Lichfield Garrick to be co-produced with Evolution Productions.

Joining the already confirmed star cast including Cbeebie’s RebeccaKeatley, Sutton Coldfield based dame, Sam Rabone, children’s entertainer Ben Thornton, and children’s author Ian Billings are Lloyd Davies as the Prince, Siani Owen as the baddie Carabosse (yes you can boo her), and a welcome return for Jo-Anne Stevens as Sleeping Beauty. 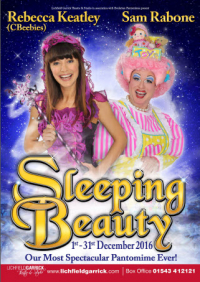 After two successful years, Lichfield based car dealership Tempest Ford continue to build their thriving relationship with the Lichfield Garrick as the Gold Sponsors of the pantomime.

Tempest Ford has kindly provided a Sleeping Beauty themed Focus which can be spotted driving along roads around Lichfield.

Tickets for Sleeping Beauty are already on sale and are selling quickly following last year’s record breaking show, Jack and the Beanstalk.

With lots of audience participation, lavish sets and stunning special effects (there is even a fire-breathing dragon!), Sleeping Beauty promises to be the Garrick’s funniest and most magical pantomime ever. 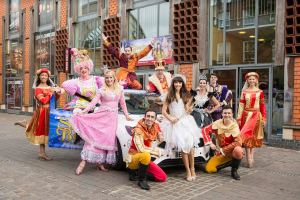 Sleeping Beauty runs at the Lichfield Garrick from Thursday 1st December to Saturday 31st December 2016, with a variety of schools, matinee and evening performances, including for the first time, a signed performance on 7th December at 1.30pm.

Tickets start from £13 for children and £22 for adults, and can be booked online at www.lichfieldgarrick.comor by calling the Box Office on 01543 412121.