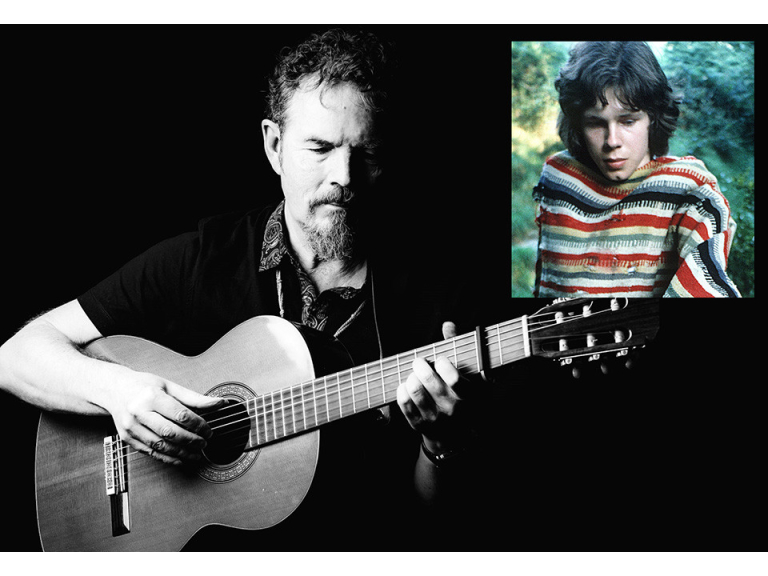 He recorded three important and ground-breaking albums between 1969 and 1972. Five Leaves Left (1969) Bryter Layter (1971) and Pink Moon (1972) being at the fore-front of avant garde folk rock music, showcasing his distinctive, and individual guitar playing, poetic words, and emotive vocal prowess, but he was almost entirely unknown in his day. Cherished by the likes of Fairport Convention and John Martyn, but largely ignored by the mainstream musical press, after his tragic death in 1974, aged only 26, his music almost disappeared into obscurity.

Now, thanks to a massive resurgence of interest and a worldwide re-evaluation of his genius, Nick Drake has become a national treasure. Performed by musician Keith James, this will be a night of evocative music making, taking the fragile, melodic songs of one of the lost, largely unheralded names in British music, and allowing them new room to grow, and be seen in new light.

‘Some of the most atmospheric and emotive music you will ever hear’ The Independent.

A Lichfield Arts Spokesman said ‘The songs of Nick Drake are truly unique, brilliantly written sonic adventures, with a delicacy of delivery. These songs, by a master musician, can only really be done justice by another master musician, and with the talents of Keith James these songs are in incredibly safe hands’.

For further information, and to book tickets visit www.lichfieldarts.org.uk, phone (01543) 262223, or call into the Lichfield Arts Box Office in Donegal House, on Bore Street.