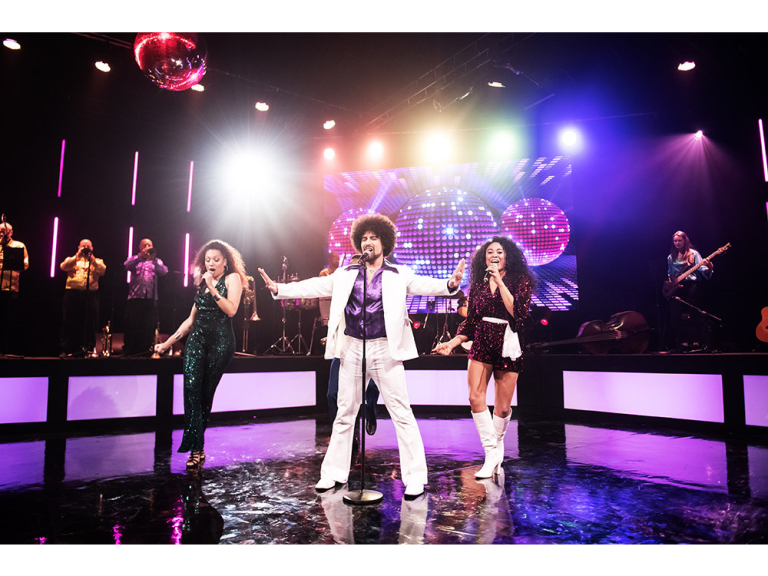 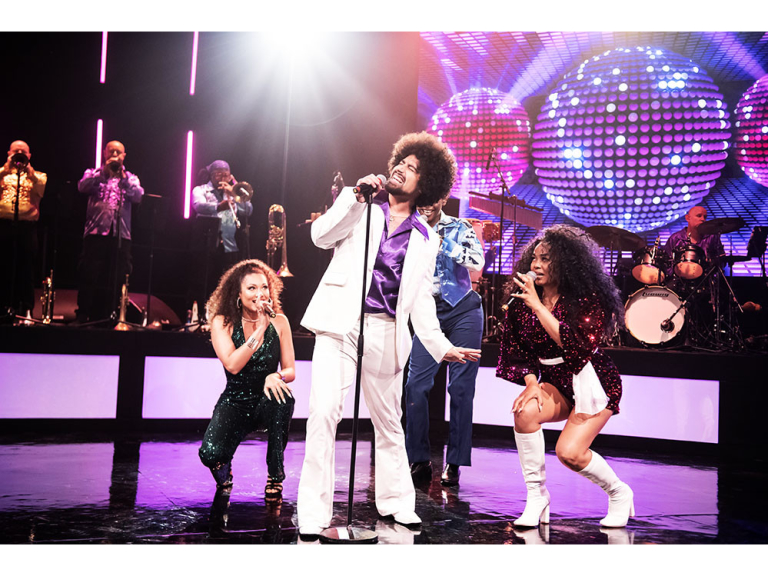 The producers of the touring spectacular promise “an electrifying show that screams glitter balls and good times all the way”.

Show producer Mark Halliday says: “If you ever dreamed of going to New York’s famed discotheque Studio 54, Disco Inferno takes you there – in an all-singing, all-dancing celebration of everything D.I.S.C.O.”

The production is embarking on a 2022 nationwide tour of England, Scotland and Wales and is the latest addition to the Veritas Entertainment stable of award-winning productions.

“Theatregoers will be thrilled by pitch perfect harmonies; high energy, slick choreography and disco classics such as Blame it on The Boogie, Car Wash and It’s Raining Men,” says Mark.

“West End performers are supported by a tight-as-Spandex band,” promises Mark, “and audiences will be treated to slicker-than-Saturday Night Fever choreography.”

He promises live music fans “one night at the disco” to remember.

“It’s the funkiest get down in town,” he says. “tipping our Fedora to the famous Pepsi TV ads of the era, Disco Inferno is a hipshakin’, hotsteppin’ legwarmin’, flaresflappin’, afrogleanin’ ghettoblastin’, platformpoundin’, hustlebustin’, cooldiggin’ revival of the sound, style and dance moves of the Seventies.”

It will bring back many memories of visiting The Bowling Green in the late '70's and early '80's so get booking those tickets and let's party Lichfield!