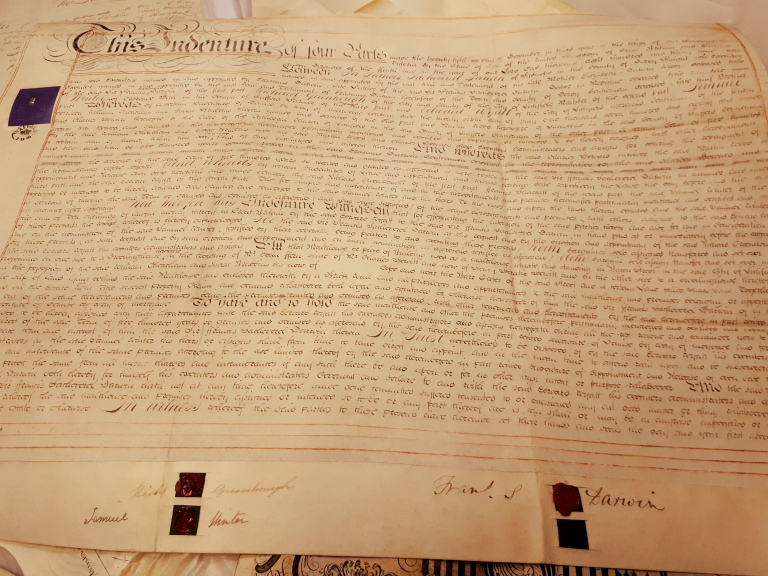 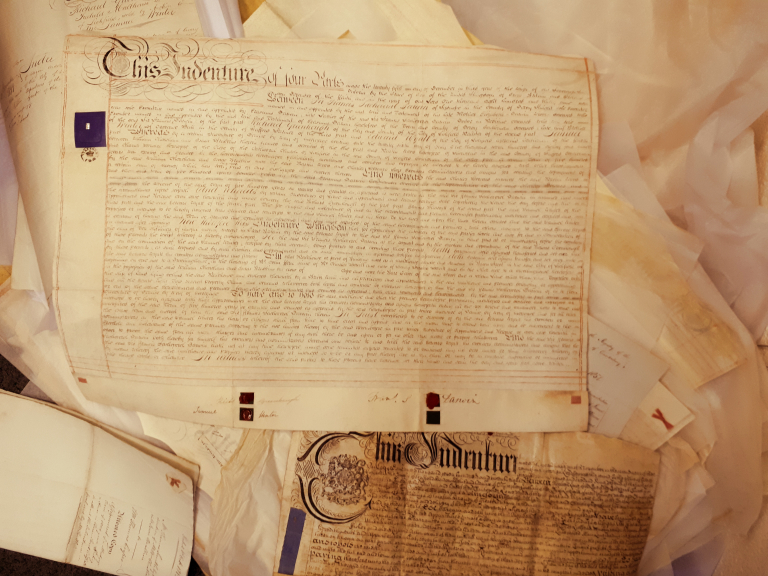 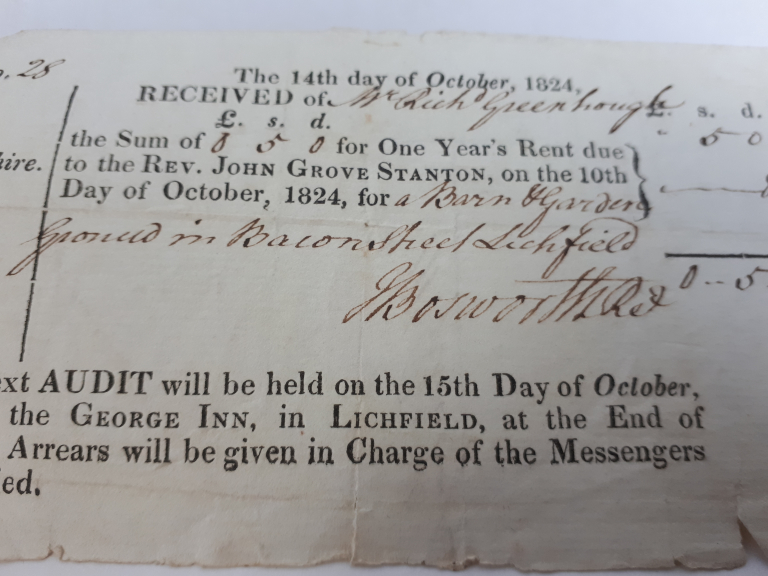 A parcel of 18th, 19th and 20th century leases, mortgages, wills and indentures relating to the cathedral city was uncovered during a Lichfield house clearance managed by Richard Winterton Auctioneers and will feature in the online-only Antiques & Home Sale on Monday, November 2.

Of the 39 documents, a primary focus concerns a malthouse on Bacon (now Beacon) Street near Shaw Lane with a lease signed by Francis Darwin, son of Erasmus Darwin.

Beacon Street is the location of Erasmus Darwin House, one of Lichfield’s popular historical attractions.

The name Greenhough also crops up numerous times on other paperwork, including a receipt for a year’s rent dated October 14 1824. 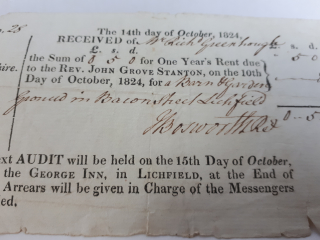 “I must admit I thoroughly enjoyed myself looking through it all and deciphering the historical handwriting.

“It was fascinating to explore and see the mention of the Darwin family.

“I’m sure it will be equally fascinating to anyone researching local names and genealogy and indeed Lichfield history in general – it is a wonderful window into days gone by.”

She added: “Although the term ‘indenture’ can refer to a contract binding one person to work for another for a set period of time, the indentures in this collection solely concern property leases.” 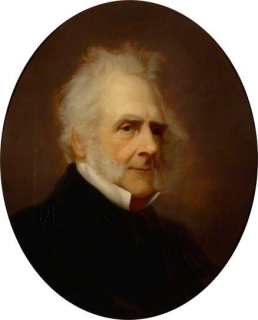 A half-uncle of Charles Darwin, Francis was imbued with the family’s inherent love for and fascination with archaeology and natural history.

In his younger years he embarked on extensive and hazardous world travels before returning to take up a short practice in Lichfield, where his father had his practice.

Francis later settled at Breadsall Priory in Derbyshire, where he became a Deputy Lieutenant. He was knighted by George IV in 1820.

The archive of Lichfield documents is estimated to fetch around £180 at auction.

It will be sold at Lot 589 in Richard Winterton Auctioneers’ online-only Antiques & Home Sale on Monday, November 2, starting at 9.30am, live from The Lichfield Auction Centre, off Wood End Lane, Fradley Park.

(Pictured: the parcel of documents; a close-up of the Darwin lease; the Greenhough receipt; Francis Sacheverel Darwin circa 1850.)