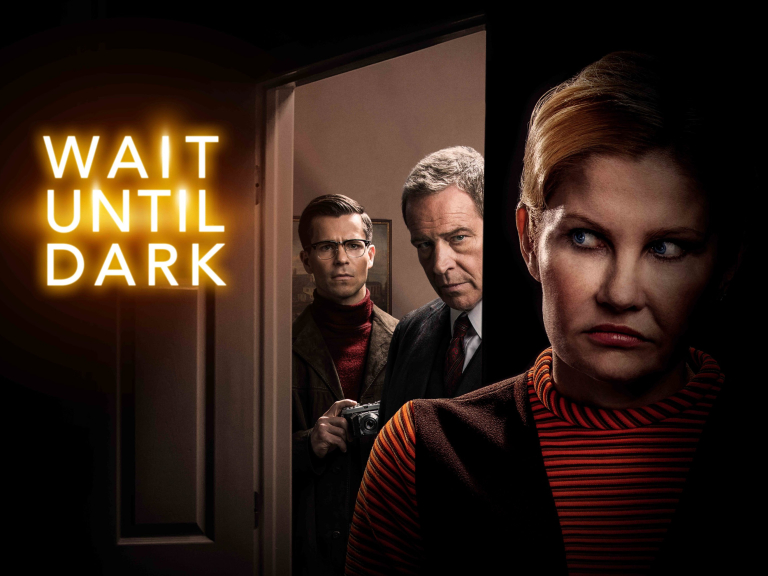 Graeme Brookes and Tim Treloar will play Croker and Roat respectively in Frederick Knott’s thriller, Wait Until Dark. They join the previously announced Jack Ellis as Mike, Karina Jones as Susy and Oliver Mellor as Sam Henderson. Shannon Rewcroft and Thomas McCarron complete the cast as Gloria and Policeman.

The tour will begin at Devonshire Park Theatre in Eastbourne on 24th August 2017, with a national press night on Tuesday 5th September 2017 in Richmond.

Graeme Brookes has just finished playing Alan in The Original Theatre Company’s production of Invincible in New York City, as part of the Brits Off Broadway festival, and on tour in the UK.

Graeme’s other theatre credits include The Tempest (Teatr Modrzejewskiej/Colchester Mercury), A View from the Bridge, The Rivals; A Slight Ache/The Lover, King David – Man of Blood (all Colchester Mercury Theatre) and Transmissions (Birmingham Rep).

Tim Treloar most recently played Teddy in House and Garden at the Watermill Theatre, Newbury. His theatre credits include The Heart Of Robin Hood, Thomas More, Sejanus, Believe What You Will, Back To Methuselah , Richard II , Romeo And Juliet (all for the RSC), Birdsong (UK tour) and Henry V (National Theatre). His television credits include Dark Heart (ITV) and Father Brown, Framed, Casualty, Silent Witness, Doctors, Holby City and The Bench (all BBC).

Set amidst the social turbulence of 1960s London, the play follows the story of Susy, a blind woman who, left alone in her apartment, becomes the victim of an elaborate scam hatched by a group of conmen. Susy is left to fend for herself, and eventually finds a way to turn the tables on the conmen and give them a taste of life in the dark.

Frederick Knott, best known for writing Dial M For Murder, wrote Wait Until Dark in 1966. Audrey Hepburn starred as Susy in the 1967 film adaptation, for which she was nominated for both the Academy Award and Golden Globe for Best Actress. The film is often ranked as one of the top 100 scariest films of all time.

Wait Until Dark will be directed by Alastair Whatley, with designs by David Woodhead, lighting by Chris Withers, sound and music by Giles Thomas, fight coordination by Rc-Annie and casting by Ellie Collyer Bristow. The national tour is produced by Tom Hackney for The Original Theatre Company.

Wait Until Dark is playing at the Lichfield Garrick from Tuesday 10th to Saturday 14th October with a variety of evening and matinee performances. Tickets start from £23 and can be booked by calling the Box Office on 01543 412121.

Santa 🎅🎅 is still coming to town...........
Sign up for offers
Sign up for what's on guide
Become an author
Popular Categories