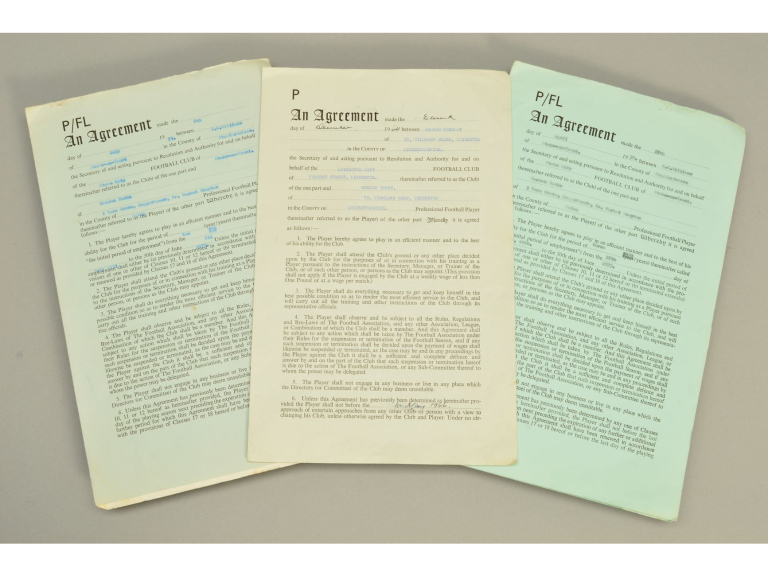 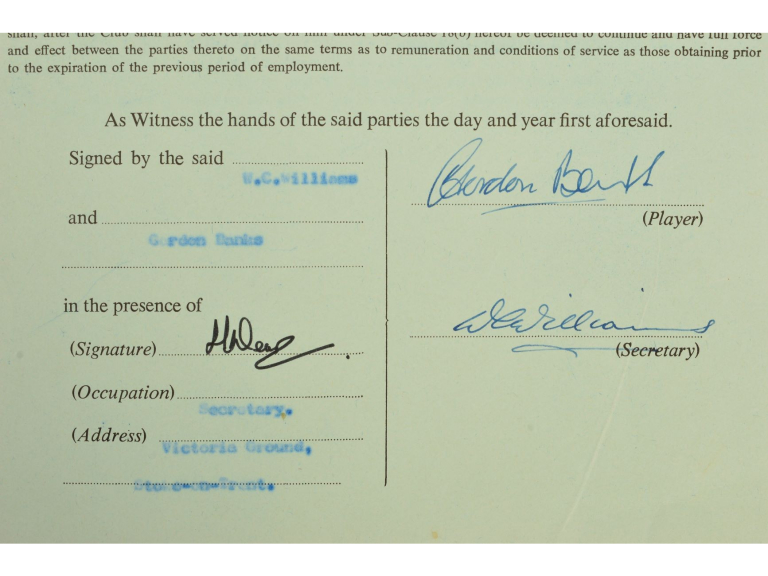 FOOTBALL contracts signed by one of the greatest goalkeepers of all time, Gordon Banks OBE, are coming up for auction in Lichfield.

Divided into two lots, the documents cover a pivotal time in Banks’ career – leading up to the 1966 World Cup and then the 1970 tournament where he made one of the game's greatest-ever saves to stop Pelé scoring.

Three contracts are being marketed by Richard Winterton Auctioneers and will feature in the Fine & Decorative Arts Sale at The Lichfield Auction Centre, Wood End Lane, Fradley Park, on June 19. It is hoped they will fetch £5,000 at auction.

“This is a magnificent chance to own a piece of history from one of the greatest goalkeepers we’ve ever had,” said Mr Winterton.

The first lot is a Leicester City contract signed by Banks and club secretary Edward Plumley dated 1964 – the year the club won the League Cup – and runs to June 1966, right up to England’s iconic victory in the tournament that July.

The contract details Banks’ weekly wages at the club and increments to which he would be intitled depending on the team’s success. It is estimated to sell for between £1,500 and £2,000.

The Stoke contracts are estimated to go under the hammer for £3,000.

“As a Stoke fan myself, I must say this is a lovely piece of memorabilia to get my hands on!” added Mr Winterton.

Gordon Banks OBE made 679 appearances during a 20-year professional career and won 73 caps for England.

Despite his team’s successes and his role in the 1966 World Cup win, Banks was dropped by Leicester City and sold to Stoke City for £50,000 in April 1967.

In the 1970 World Cup, Banks made one of football’s greatest-ever saves against Pelé but missed the quarter-final game where England were defeated by West Germany due to illness.

This would make a fabulous belated Father's Day present for any football fan.