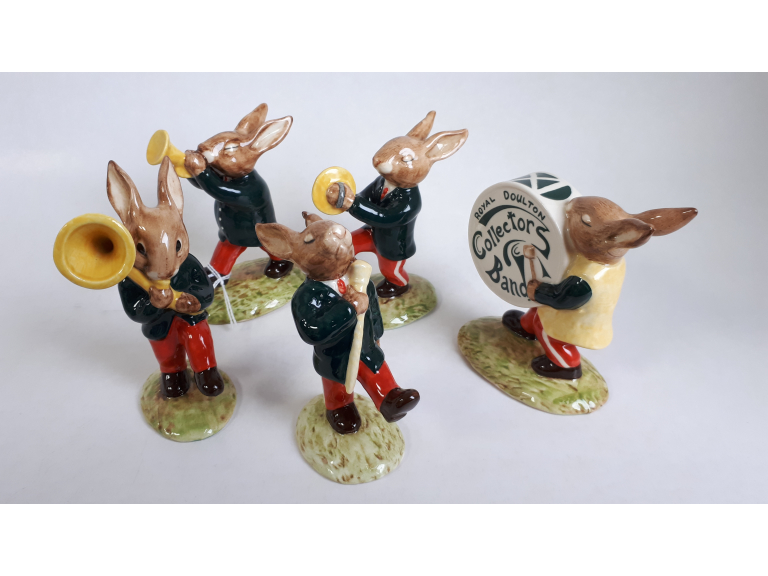 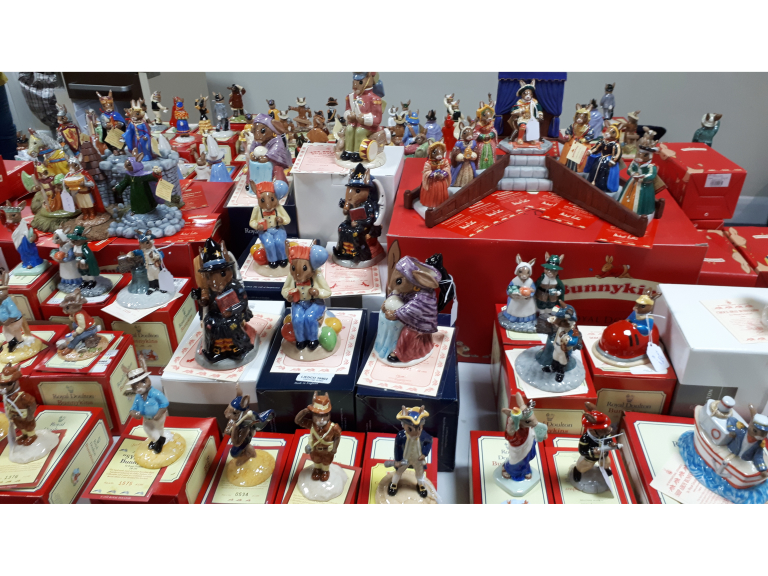 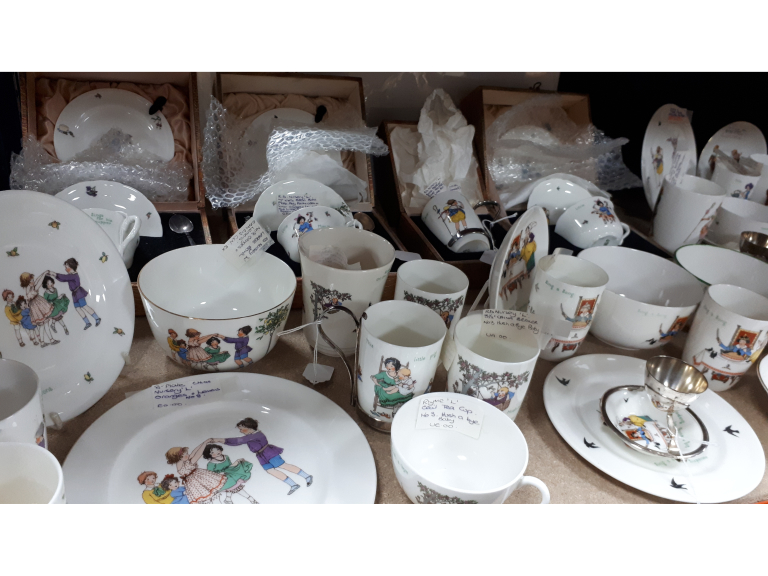 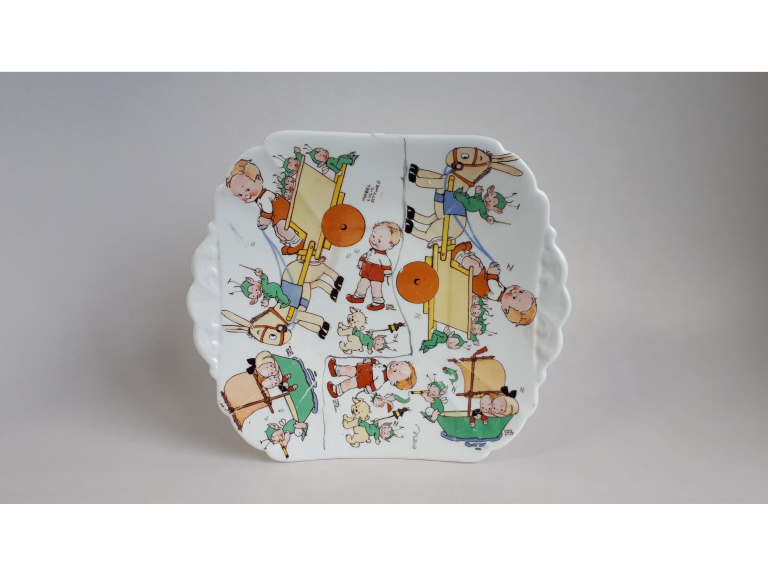 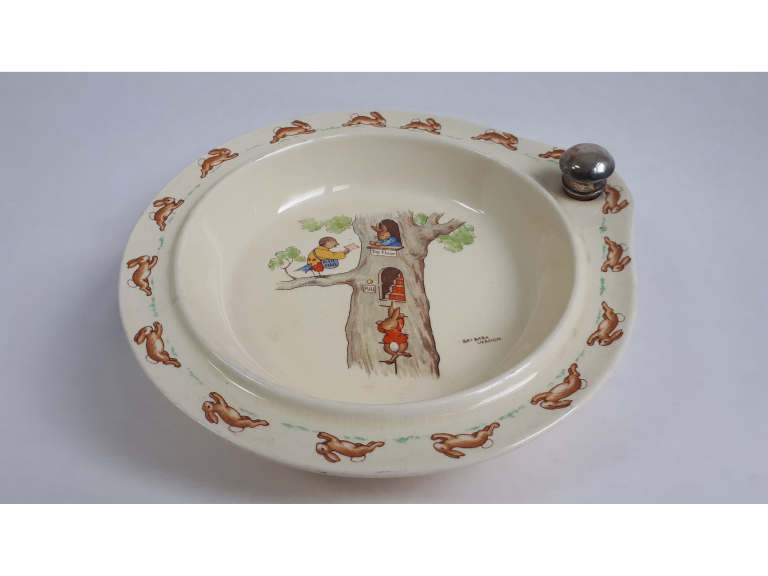 The pair, who are in their 70s and have asked not to be named, started collecting 30 years ago and loved travelling around the country hunting for rare pieces until illness changed everything – except their devotion to each other.

He is fighting bowel cancer, which has spread to his lungs and liver, and his wife has endured four major operations for mouth cancer, one of which necessitated repurposing a bone from her leg.

Now the collection which gave them so much pleasure to accumulate will help bring comfort to their dotage.

It will all go under the hammer in a special Single Owner Sale with Richard Winterton Auctioneers at The Lichfield Auction Centre, Fradley Park, on Monday, October 25, starting at 10am. Viewing is on Friday, October 22, from 10am-4pm.

There are hundreds of hugely collectable pieces with many rarities – the couple admit to losing track of the precise number some time ago – and the collection is expected to fetch many thousands of pounds.

“We’ve had a great deal of pleasure collecting and had pictured we were going to sell them in our retirement,” they said.

“But you don’t know what the future holds and unfortunately physical illness has stopped us, initially with the diagnosis of mouth cancer 15 years ago.

“We had such plans for later in life and sometimes they don’t come to fruition.

“Now we’re into our dotage and the proceeds will probably be used to pay for private medical care.” 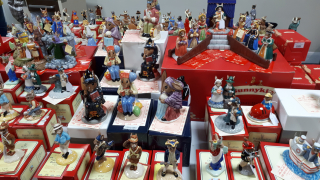 The anthropomorphic Bunnykins series features figurines depicting characters ranging from Sherlock Holmes and King Arthur to Henry VIII and his six wives, from occupations and hobbies to sport and travel including aeroplanes and cars to ships and even dodgems.

Rare pieces include a rabbit clown and The Oompah Band in green jackets.

The entire collection is overwhelmingly evocative of a childhood idyll, although the couple from Sutton Coldfield ‘have never been blessed’ with little ones of their own.

It started with the Beswick Beatrix Potter feline figurine of Ginger, bought 30 years ago as the couple at that time had a ginger cat named Sandy.

“We were avid collectors, visiting fairs at Newark, Trentham Gardens and Exeter – we’ve been to Glasgow and back in a day to collect items we’d seen,” they recalled.

“Over time you start to look for specific items to make up a suite or you go somewhere for something specific and find something else which interests you and that sends you off on another tangent.

“You just collect and collect. We’ve had a great deal of pleasure collecting over the years and we’ve only ever bought what we’ve liked.

“We’ve seen the country and met lots of lovely people with an interest in exquisite ceramics.

“It’s a passage of time we’ve thoroughly enjoyed – a wonderful existence which has been cut short through illness.”

The nostalgic path chosen by the couple includes suites of ‘beautifully made’ nursery ware – a far cry from today’s utilitarian approach.

“When you think of a toddler sitting there eating from these beautifully illustrated pieces, it’s just absolutely incredible,” he said.

“You see kids today being fed with plastic beakers and things – compare that to the sheer amount of design work and skill that went into the nursery ware, decorated with pictures for the children to look at while eating.

“We just fell in love with how beautiful it all was.

“Ginger was our first piece and it just grew from there.

“We had some wonderful times and absolutely loved all of it.”

The auction catalogue can be viewed online via bit.ly/Auction-Dates a week before the sale.

Just some of the collection of Bunnykins figurines.

This Bunnykins plate can be filled with warm water in order to keep the child’s food at temperature.

Toy Appeal launched to support families in Lichfield area & the Birmingham Children's Hospital
Sign up for offers
Sign up for what's on guide
Become an author
Popular Categories
By clicking 'ACCEPT', you agree to the storing of cookies on your device to enhance site navigation, analyse site usage, and assist in our marketing efforts.
For more information on how we use cookies, please see our Cookie Policy.