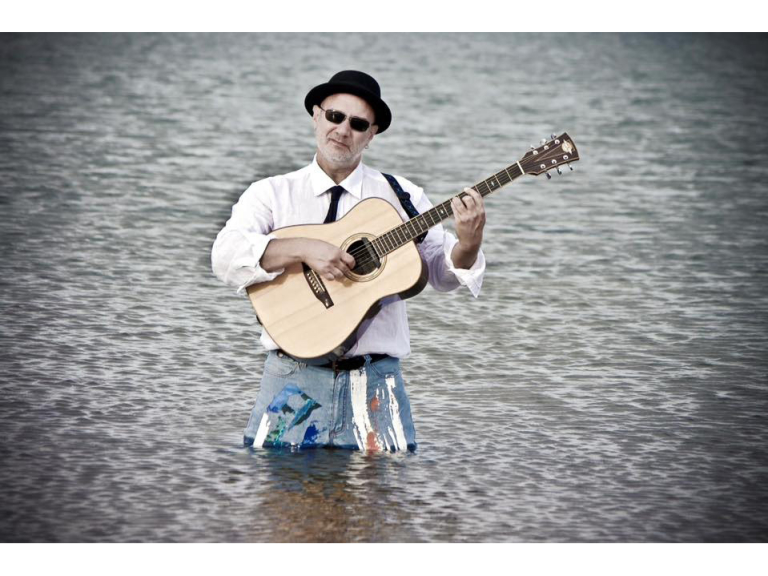 The month starts with the critically acclaimed Keith Donnelly on Friday January 10th. With a successful career as a folk musician and singer-songwriter Keith Donnelly is also well known as one of the funniest, and most entertaining performers on the folk circuit. A stage show that blends whimsical surrealism, some deft guitar playing, and some great singing, a Keith Donnelly concert has always been about more than the music. Tickets are £13.00, £11.70 for Friends of Lichfield Arts and £6.50 for under 16’s.

True Strays are a vintage loving, blues fuelled, dirty rock and roll band. Their live shows are a joyous hoedown of huge bass driven riffs, a howling tornado of resonator guitar, cacophonous drums and soaring Hammond organ. Influences span the history of modern music with great admiration for the delta blues of the 40s and 50s, British Invasion and psychedelic rock of the 60s and 70s, Southern rock and soul and modern age punk, rock and blues artists. Their rocking show happens on Saturday January 11th. Tickets are £13.00, £11.70 for Friends of Lichfield Arts and £6.50 for under 16’s.

Jazz will be the order of the day when the Wendy Kirkland quartet appears at Lichfield Cathedral Hotel on Wednesday January 15th. Pianist/vocalist Wendy Kirkland has quickly established a great reputation as a fine singer and pianist presenting a wide variety of moods and rhythms from bossa novas to swing and waltzes supported by a sprightly rhythm section of Pat Sprakes (guitar), Paul Jefferies (double bass) and Steve Wyndham (drums) plus the talented  vibes player Roger Beaujolais and saxophonist  Tommaso Starace well known to Lichfield audiences. Tickets are £12.00 and £10.00 for Friends of Lichfield Jazz.

Lichfield Arts traditional Winter Beer Festival will take on Friday January 17th and Saturday January 18th. Rated as one of the best loved venues on the beer festival scene, join us to get rid of those post-Christmas blues and enjoy a fine range of real ales and ciders from local and regional breweries, and the now legendary pork pies. Music will be provided by exciting live bands on both nights. Tickets are £2.00 before six, and £3.00 after.

Sunday January 19th will see acclaimed singer and guitarist Keith James performing the songs of Nick Drake.Nick Drake is one of the most revered and loved of all this country’s singer/songwriters. He recorded three cherished albums between 1969 and 1972 but was almost entirely unknown in his day. Cherished by the likes of Fairport Convention and John Martyn, but largely ignored by the mainstream musical press, after his tragic death in 1974, aged only 26, his music almost disappeared into obscurity.

Now, thanks to a massive resurgence of interest and a worldwide re-evaluation of his genius, Nick Drake has become a national treasure. Performed by musician Keith James, this will be a night of evocative music making, taking the fragile, melodic songs of one of the lost, largely unheralded names in British music, and allowing them new room to grow, and be seen in new light. www.keith-james.com. Tickets are £13.00, £11.70 for Friends of Lichfield Arts and £6.50 for under 16’s.