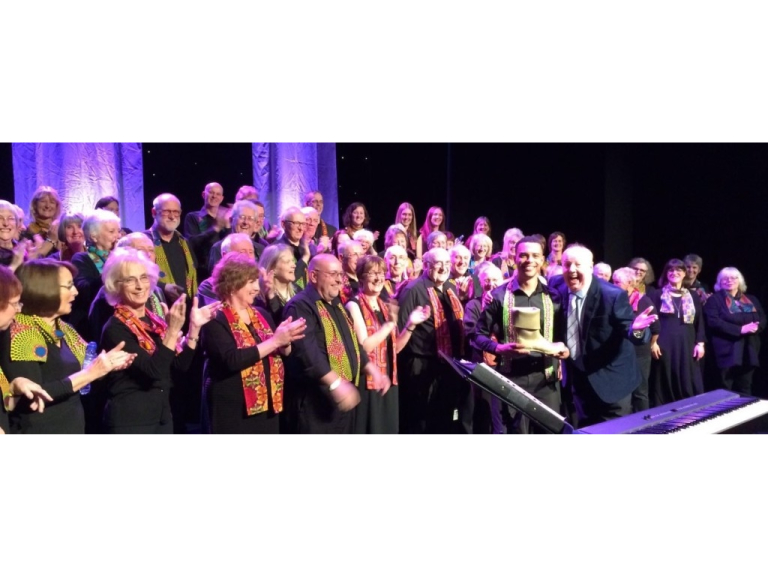 The charity event on Sunday 24th April saw two of Lichfield’s favourite performers come together for a special evening of entertainment filled with laughter and great music.

The Lichfield Gospel Choir enthralled the audience with repertoire of modern and traditional gospel music, while Jimmy Cricket compered the evening with his famous one-liners.

The concert was put together by Friend of The Lichfield Garrick, Malcolm Flanagan, who is passionate about the good work of the two local charities.

Malcolm Flanagan, commented: “The concert was a great success and I’m amazed by the support we received on the night. For a charity evening this is pleasantly astounding.”

Tim Ford, Artistic Director of the Lichfield Garrick, said: “It was an incredible evening of entertainment for two local charities who play a very important role in the local community. I would like to thank everyone who was involved in putting together the event.”

One of the many highlights of the night was the Lichfield Gospel Choir receiving one of Jimmy’s legendry Golden Wellington Awards, which was presented to the group in their last rehearsal.

Jimmy’s Golden Wellington is an award that he created several years ago based on his trademark Wellington Boots.

Jimmy Cricket, said: “Although it is a bit of fun, it has a serious side as I use the publicity from the award to acknowledge a good deed or significant contribution to a community.”

The money raised on the night will be equally split between St Giles and the Lichfield Food Bank.