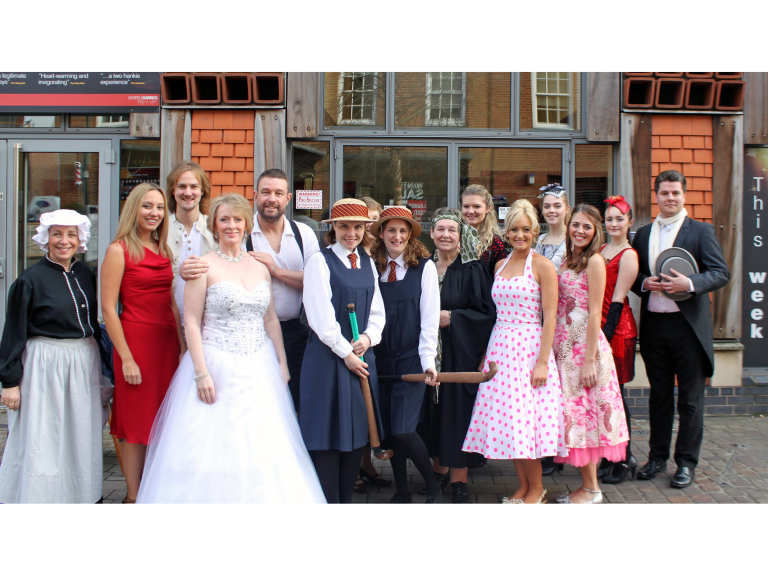 This was the first Local Theatre Day which will take place on 20 January annually.

David Garrick, who died on January 20th 1779 was an actor, playwright and producer who was brought up in Lichfield. As well influencing theatrical practice throughout the 18th century, David Garrick performed in a number of amateur theatre productions, including Shakespeare's Richard III, which shot him to fame.

Artistic Director, Tim Ford said: “Local theatre companies are a hugely important part of the artistic programme here at The Garrick. Their dedication and passion to their productions is a key part to their success and we look forward each season to welcoming the companies to The Lichfield Garrick and seeing the wonderful productions that they bring to us and the people of Lichfield.

“We really want the Lichfield Garrick to be at the heart of our community and working with local theatre companies will always be very significant to us, after all there is no better way to celebrate all that is great about the region and to follow in the spirit of David Garrick.”

The day coincided with two local theatre companies opening their productions, Lichfield Players with Daisy Pulls It Off and Watershed Theatre Company with Austentatious.