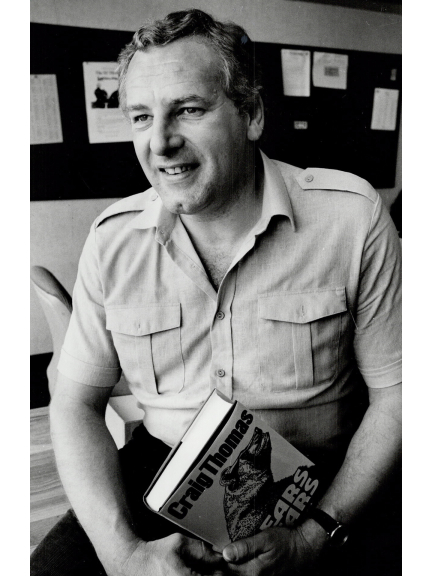 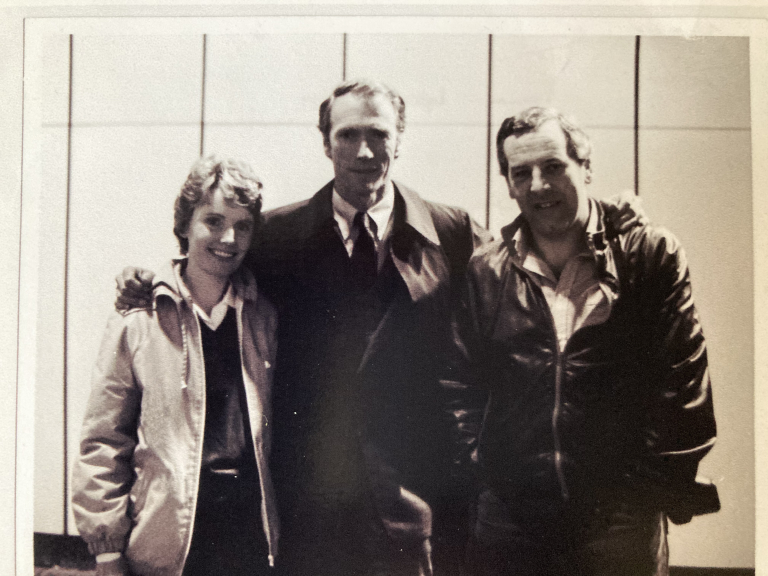 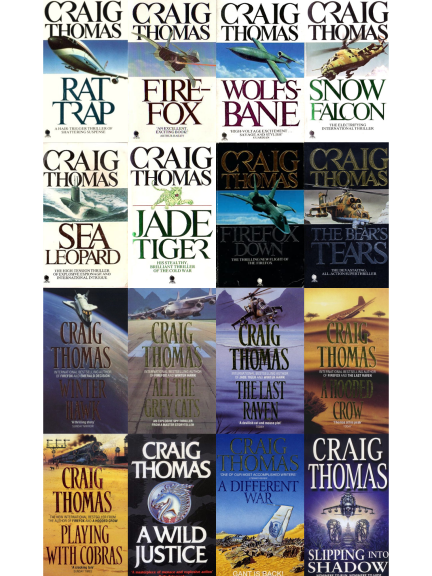 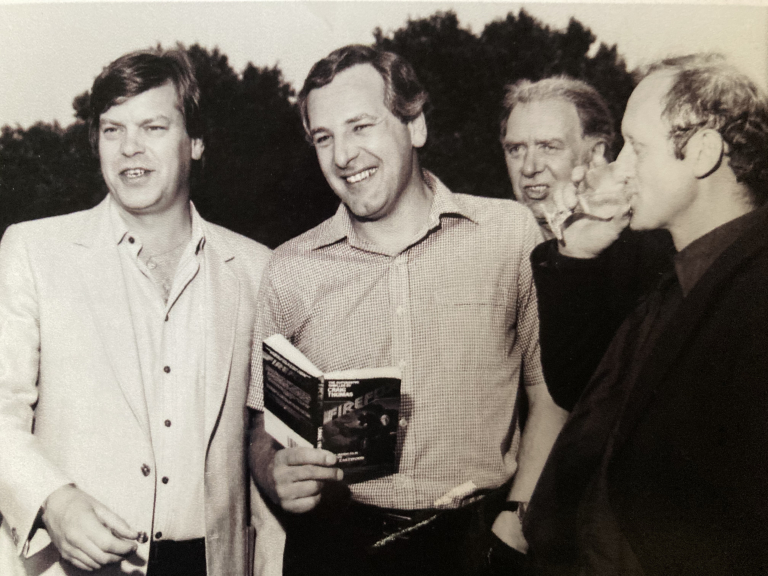 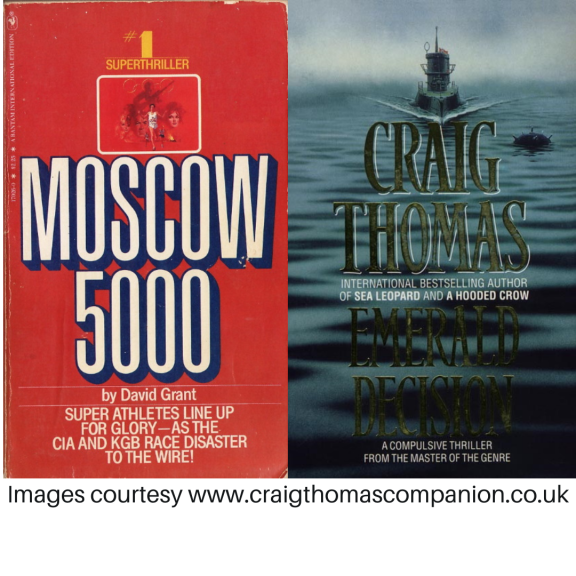 THE life’s work of an international bestselling author credited as creating the techno-thriller is coming to auction in Lichfield.

Craig Thomas’ 1977 landmark Firefox was made into the 1982 Hollywood blockbuster of the same name directed by and starring Clint Eastwood.

Copyright to the book and the former English teacher’s 17 other novels – including two published under the pseudonym David Grant – will be sold together as one collection by Richard Winterton Auctioneers on Monday April 12th.

A notice of copyright assignment will be provided to the new owner.

Mr Thomas lived in Whittington with his wife Jill for many years.
He taught at Lichfield’s King Edward VI School and Shire Oak School in Walsall Wood before the success of his debut novel Rat Trap allowed him to move to writing full-time.

Fans regard Mr Thomas as the true inventor of the techno-thriller, with his run of meticulously researched novels revolving around cutting-edge technology.

Appropriately, the sale will be hosted online with live international bidding through the internet.

Copyright to the 18 novels will go under the hammer at 9.30am on Monday, April 12, as Lot 1 in Richard Winterton Auctioneers’ Antiques & Home Sale from The Lichfield Auction Centre. 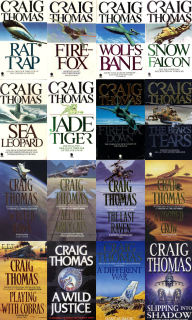 Auctioneer Richard Winterton said: “We expect this sale to cause quite a stir in the literary world.

“Not only is it a rather unique auction prospect, this is a fantastic opportunity to celebrate the legacy of a bestselling author whose way with words, attention to detail and audacious plots spearheaded an entire genre.

“We are especially pleased to be carrying out the sale on the instructions of the estate of Craig’s wife Jill as they lived for many years in Whittington, just a couple of miles from us here at The Lichfield Auction Centre.

“As an ex-teacher held in high regard by pupils and staff alike, he was a popular man locally as well as an author highly esteemed by fans all over the world.

“What a wonderful opportunity to carry on Craig’s literary legacy to a new generation as the tenth anniversary of his death approaches.”

Arguably Mr Thomas' most famous work, Firefox featured the fictional MiG-31 – a Russian stealth aircraft so advanced British spymasters felt duty-bound to implement a secret mission to steal one of the prototypes.

Such trademark technical details such as the aircraft’s Mach 5 speed, invisibility to radar and guided missile system controlled by the pilot’s thoughts helped propel the novel to bestseller status with a first paperback edition of 250,000 copies.

Yet over the next 17 years it was reprinted 33 times – a supply and demand feat no doubt aided by the popular Clint Eastwood movie. 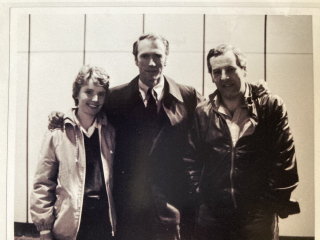 In the film, Eastwood portrayed USAF pilot Mitchell Gant, who would become a recurring character in four of Mr Thomas’ books.

The sale includes his 1976 debut Rat Trap as well as Firefox Down, a sequel to the blockbuster which begins seconds after the conclusion to the original book.

The follow-up novel was dedicated to Clint Eastwood “who flew the Firefox”.

By the time of the Gant character’s fourth and final appearance in 1997’s A Different War, Mr Thomas’ international sales had exceeded 20 million books.

The following year saw the publication of his final techno-thriller, Slipping Into Shadow.

Mr Thomas wrote two further novels as David Grant – 1979’s Moscow 5000, which has not been reprinted since it was published in paperback the following year, and Emerald Decision (1980), which was revised and reprinted in 1987. 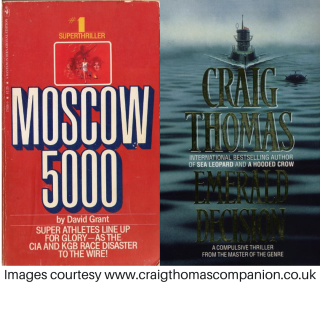 His non-fiction work – which is not included in the auction – was There to Here: Ideas of Political Society (1991) and a two-volume commentary on the German philosopher Friedrich Nietzsche, completed shortly before his death.

After university in the Welsh capital city, he moved to the Midlands to begin a career teaching English.

He taught at Lichfield’s King Edward VI School and Shire Oak School, Walsall Wood, where he wrote and directed several plays for pupils to perform and was also captain of the staff cricket team.

But he was able to move to writing novels full-time following the publication of his debut Rat Trap.

Firefox, and international plaudits, were just months away.

Mr Thomas married his wife Jill in 1967. She was also his editor and the couple lived for many years in Whittington on the outskirts of Lichfield, Staffordshire.

They moved to Somerset in 2010, the year before Mr Thomas’ death.

Copyright of Mr Thomas’ 18 novels will go under the hammer as Lot 1 in Richard Winterton Auctioneers’ Antiques & Home Sale on Monday, April 12, starting at 9.30am.

For bidding and other enquiries, email office@richardwinterton.co.uk or telephone 01543 406124.

Craig Thomas was able to move to writing full-time following the publication of his debut novel. Photo courtesy www.craigthomascompanion.co.uk

Craig Thomas and his wife Jill with Clint Eastwood. Photo courtesy of the Estate of Jill Thomas

Craig Thomas on the set of Firefox with actors Warren Clarke and Kenneth Colley. Photo courtesy of the Estate of Jill Thomas

Mr Thomas wrote two novels as David Grant – 1979’s Moscow 5000, which has not been reprinted since it was published in paperback the following year, and Emerald Decision (1980), which was later revised and reprinted under his usual name. Images courtesy www.craigthomascompanion.co.uk