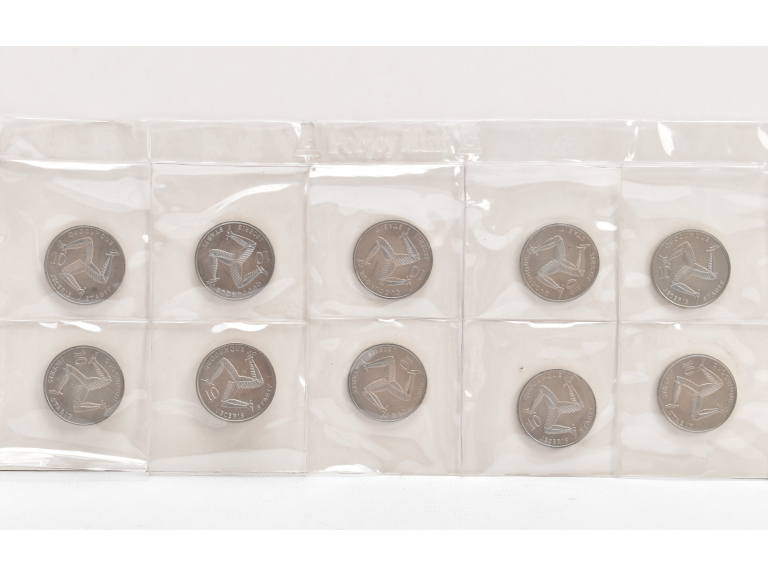 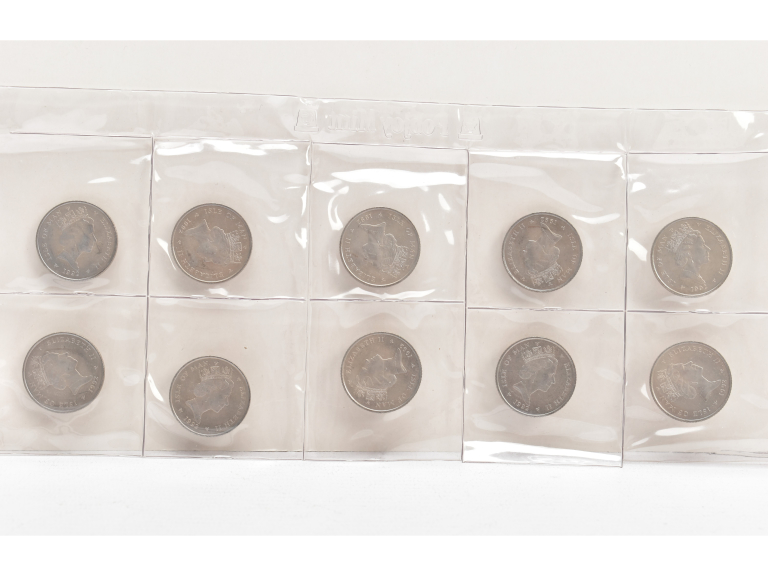 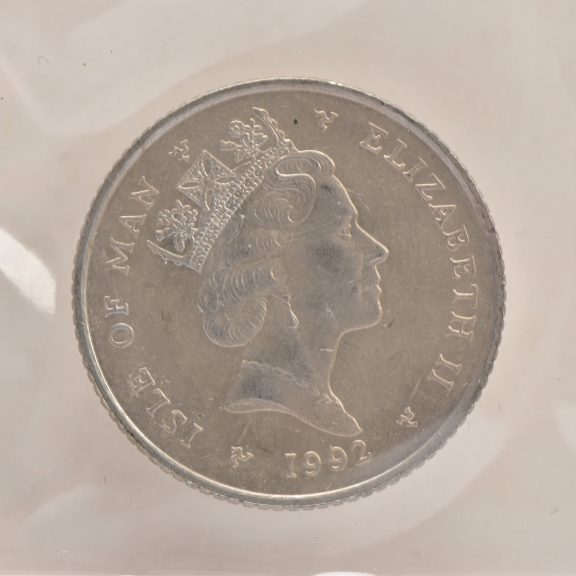 MYSTERY surrounds a set of rare Manx coins which may be the only mint examples left in existence. 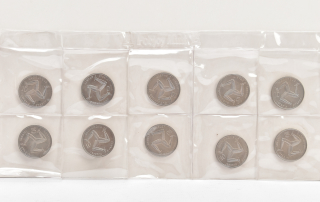 The 10 individually sealed Isle of Man 10 pence pieces go under the hammer live from The Lichfield Auction Centre in Day One of Richard Winterton Auctioneers’ Two Day Antiques & Home Sale on Monday, July 5, starting at 9.30am. The 1992 10p coins were issued to replace the larger old 10p, mirroring the new UK version in size, weight and design but bearing the three-legged Manx triskelion instead of a lion. 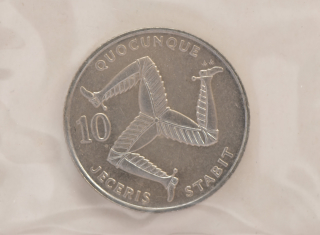 Pobjoy Mint is understood to have released a pre-production run of 200 coins bearing an ‘AA’ die mark for retail businesses and vending operators to test.

But while machines could accept the new UK 10p, the Manx coins were rejected and the mint asked for them back.

Shortly before the recall, a young man who grew up on the island and had collected coins as a hobby since boyhood opportunistically purchased 10 of the pre-production Manx coins from the Isle Of Man treasury counter.

It is these coins going under the hammer in Staffordshire on July 5.

The auction coincidentally falls on Tynwald Day, the national day of the Isle of Man and a public holiday celebrating the founding, in 979, of the island’s government – the oldest parliament in the world.

Despite an original face value adding up to just £1, the set could fetch hundreds of pounds due to their rarity and condition.

As well as the initial AA die mark – the post-recall reissue of the Manx 10p bore a mix of different die marks such as AB and AC – the ‘PM’ mint marking is also missing from the pre-production coins, which are sealed in individual protective packaging embossed with ‘Pobjoy Mint’.

The vendor, who has asked to remain anonymous, said: “The packaging is the biggest anomaly for a coin with such a low face value.

“Each coin is individually sealed in its own plastic bubble within a sheet, which is not how you would normally expect coins of this denomination to be shipped – they are normally lumped together in £5 bags.

“It would be cost prohibitive to package every 10p in its own individual wrapper as many thousands of coins would have been produced in the main production run to replace the larger 10p coins.

“I have noticed they are all missing the PM mint mark which is present on other 10p coins, usually appearing directly below the Queen’s head.

“Could this also have been another reason for the recall of the pre-production run to the Pobjoy Mint?

“Information is not easy to come by and, as the coins have such a low face value, no-one really paid a lot of attention to them back in 1992 – the most appealing thing about them at the time was that they weighed significantly less than their predecessor.”

Phil Bridge, coin specialist with Richard Winterton Auctioneers, said: “It does appear that some anomaly occurred when a pre-production run of 200 coins for retail and vending operators was sent out and subsequently returned because of the problems that arose.

“We have investigated but there is nothing in the mint archives relating to this, so there are lots of questions still unanswered.

“These 10 coins are in pristine, as-minted condition and still in their protective bubbles after almost 30 years.

“Plus, coins get spent, lost or even discarded – especially when of a low face value and with such subtle yet important differences to the standard minted coin.

“So the guestimate is that there are possibly only a few of these in circulation with an almost unique few uncirculated and still in the packaging.

The coins go under the hammer at The Lichfield Auction Centre, Wood End Lane, Fradley Park, on Day One of Richard Winterton Auctioneers’ Two Day Antiques & Home Sale on July 5.

1: The 10 10p coins are in pristine condition, individually sealed in their own plastic bubble within a sheet of protective packaging embossed with ‘Pobjoy Mint’.

2: A replacement for the old 10 pence piece, the 1992 10p coins mirrored the new UK version in size, weight and design but bear the three-legged Manx triskelion instead of a lion.

3: The pre-production run coins bearing the ‘AA’ die mark were made for businesses and vending operators to test.

4: The coins are all missing the ‘PM’ mint mark present on other 10p coins, usually appearing directly below the Queen’s head.