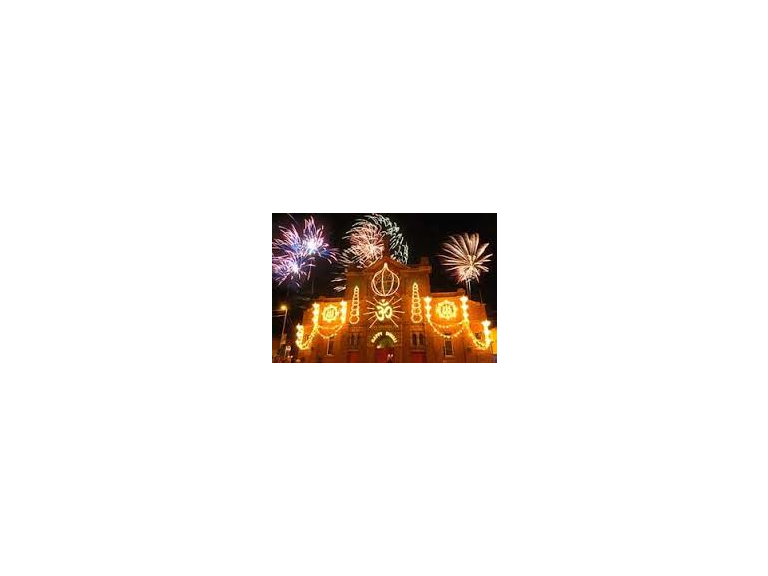 Diwali falls on October 30th of this year, and is the Hindu Festival of Lights celebrated every year in autumn in the northern hemisphere. Diwali means ‘rows of lighted lamps’ when small earthenware oil lamps known as Diyas are lit in celebration. There will be many light displays for all to enjoy.

Diwali is one of the major festivals of Hinduism, and it spiritually signifies the victory of Light over Darkness, Good over Evil, Knowledge over Ignorance, and Hope over Despair. Much needed values in today’s world and a worthy sentiment echoed by many.

The celebration of Diwali includes very many lights shining out from inside and outside of homes, Temples, and other community buildings where it is shared. Preparations for the Diwali rituals last for five days during which period people clean, mend and decorate their homes and other property in the community.

The festival of Diwali is celebrated on the darkest night of the new moon which falls between mid-October and mid-November. On Diwali night people, will dress up in their newest clothes – no doubt following some serious shopping trips beforehand, light the lamps – diyas – and take part in family prayers – puja. Following on there are fireworks and then a grand family feast and sweets to follow. Gifts are exchanged between families and loved ones, especially the children. Diwali is a lovely celebration of bringing light into our troubled hearts and minds.

For many Indians, this five-day festival honours Lakshmi, the goddess of wealth, accordingly it is a propitious time to start the new business year at Diwali, and some Hindus will say prayers to the goddess for a successful year to come.

Lamps are lit to help Lakshmi, the goddess of wealth, find her way into people's homes. People also celebrate one of the Diwali legends, that tells of the return of Rama and Sita to Rama's kingdom after fourteen years of exile. Hindus leave their windows and doors of their houses open so that Lakshmi can enter.

Diwali has a serious meaning, supporting the delightful fun and festivity.

As stated the festival celebrates the victory of good over evil, light over darkness and knowledge over ignorance, although the actual legends that go with the festival are different in different parts of India.

In northern India and elsewhere, Diwali celebrates Rama's return from fourteen years of exile to Ayodhya after the defeat of Ravana and his subsequent coronation as king.

Whereas. in Gujarat, the festival honours Lakshmi, the goddess of wealth, In Nepal Diwali commemorates the victory of Lord Krishna over the demon king Narakaasura.

In Bengal, it is associated with the goddess Kali. Britain, as in India, the festival is a time for celebration.

The Best of Leicester Celebrating Diversity in the Community.

The Best of Leicester supports the very best of businesses in Leicester.