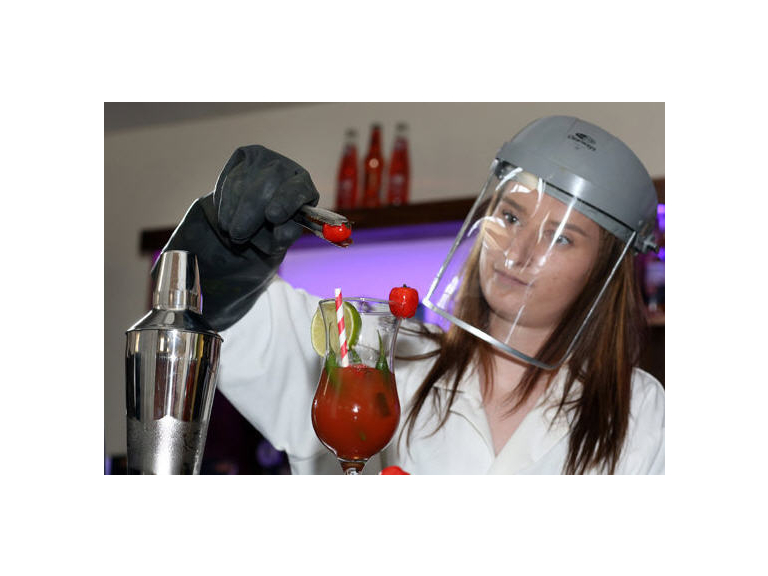 The hottest cocktail in the world has been created at Wicksteed Park in Kettering!

Called The Wicksteed Scorcher it has to be put together using a mask and gloves!

The Wicksteed Scorcher was dreamed up by the staff at Wicksteed Park in Kettering, and is based on the popular vodka-based Bloody Mary.

But it also includes the extra ingredient of Carolina Reaper, the hottest chilli in the world.

Brave guests who want to try the boozy £7.95 drink must sign a legal disclaimer form taking full responsibility for any after-effects before taking a sip.

Anyone brave enough to want to try this amazingly hot drink needs to order in advance because the Wicksteed Scorcher has to be prepared in a controlled environment to stop risk to the bar staff with injuries such as inflammation to the eyes and hands.

The Wicksteed Scorcher is so spicy it is even served with a free antidote cocktail, with ingredients including yogurt and mango, to help calm the heat.

If you want to read more about this devastating drink just click this link for the full story and pictures of someone who has tried it!

Are you ready for some AMAZING local Kettering craft cider?