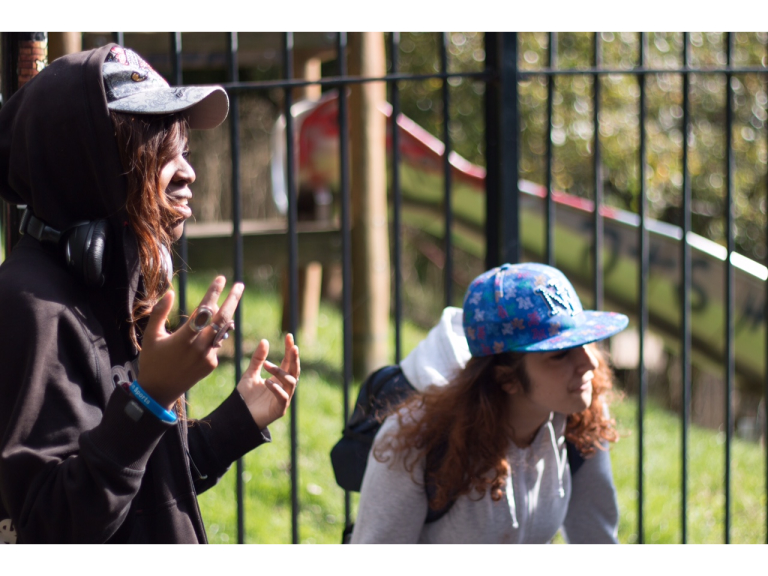 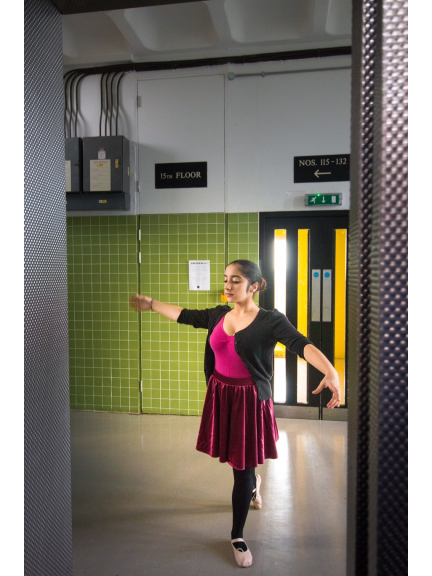 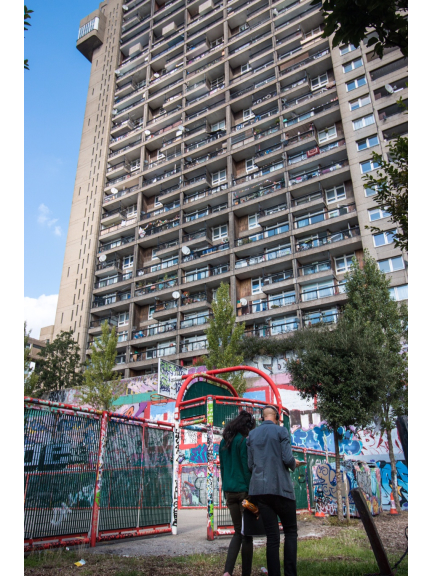 SPID Theatre are celebrating Trellick Tower, its residents and their history through a series of performances in a year long project, Trellick Tales. They recently completed the first block of free weekly workshops which culminated in a short, site-specific showing in which young people lead the audience on a journey through Trellick Tower and its surrounding area. The audience also listened to extracts from oral history interviews the participants had recorded with residents of Trellick Tower. These workshops were run in association with the Oral History Society who trained the participants to develop interview and recording techniques, and the 20th Century Society also delivered workshops on the architecture of the building.

This project is being led by SPID Theatre Company with funding from The Clore Duffield Foundation in association with the Oral History Society, The 20th Century Society and Kilburn to Kensal Radio, along with support from the Victoria and Albert Museum, London. The BBC also attended SPID’s workshops collecting footage and interviewing the participants for a documentary as part of their Inside Out London programme which aired on Monday 2nd November at 7.30 and is now accessible via iplayer for a limited time. This can also be viewed by following this link; https://youtu.be/IMx1EaPbtHg

Tune in to K2K on the 12th December at 3.30pm to catch this broadcast.

‘It’s nice that we have external people to come in and share their professional experiences, I’ve learnt a lot.’ Michal Keyamo – participant

‘It’s been really eye opening…to actually know what goes into making (a radio play) very effective, how to really tell a story in a way that an audience receives it and they’re really engaged by it.’ Olu Ubadike – participant

‘The Trellick Tales radio broadcast will be a brilliant opportunity for young people to produce their own radio show and share their radio script, inspired by the Trellick Tower residents’

If young people are aged 13 – 25 and want to get involved there is still time! In the next workshops young people will work with professionals to form their own theatre company and develop a site-responsive performance. They will work with the V&A to create a mulit-media exhibition and have the chance to curate this using different materials gathered like audio recordings, music, writing, photography and film. The V&A will deliver workshops that will also develop knowledge of fashion and design from the Brutalist period.