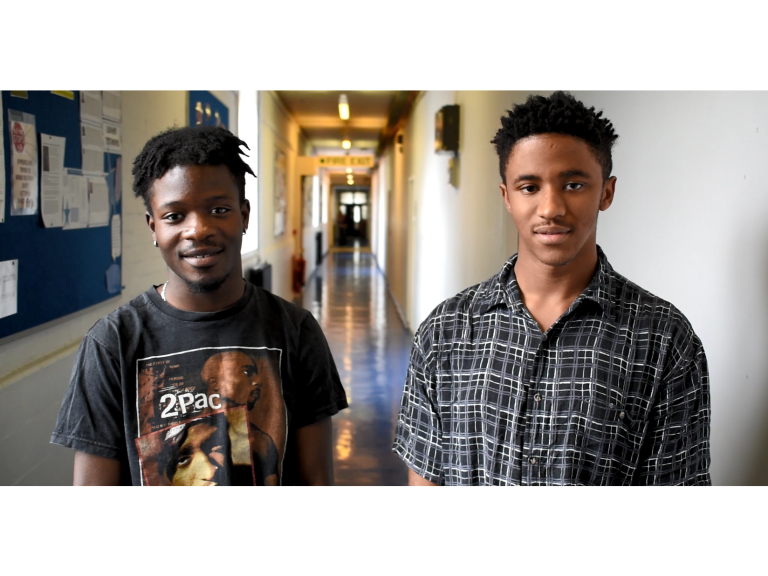 Kensington and Chelsea College learners Armstrong Nkosi and Kevin Kimbenga are celebrating the success of their film ‘The Eyes of Grenfell’ which was accepted into the Portobello Film & Arts Festival 2018. The Grenfell Tower documentary demonstrates community feeling around the tragic fire that occurred, at its first anniversary.

Armstrong said ‘this is unexpected and the perfect surprise to mark a year of great study at Kensington and Chelsea College”. Kevin further stated “I’m surprised as I didn’t expect this at all but I’m very excited that our film will be shown to the general public”.

Armstrong and Kevin noticed that most people in the community knew someone who died in the Grenfell Fire. As young learners who resided outside of the borough, they wondered what it was like to be in the community’s shoes, which lead them to the creation of their film.

Their lecturer Paul Hall who entered their film into the Festival, said “I am really proud of what Armstrong and Kevin have achieved with their film. They have captured the emotional feeling of a community in mourning one year after the Grenfell Tower fire. The Portobello Film Festival, I believe, will be the first step of their successful filmmaking careers.”

When asked why they chose Kensington and Chelsea College to study their courses, Kevin said a friend recommended the College to him, and upon visiting, he loved the small campus and community feeling.

Armstrong who studied Level 3 Media Production and Kevin, Level 3 Graphic Design will both be continuing their studies in Media and Graphics at university.

Their film “The Eyes of Grenfell” will be shown at 7pm on Thursday, 13th September at Westbank 3-5 Thorpe Close, London W10 5XL.

To find out more and apply to a course at Kensington and Chelsea College, visit www.kcc.ac.uk