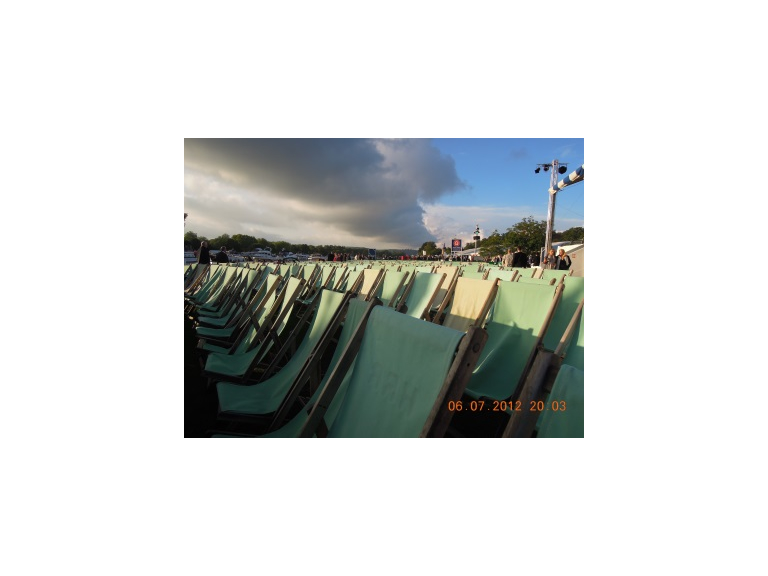 Gillian and I love to attend the Henley Festival each year and usually go for two different nights. This year we watched Madness perform on the Friday followed by the Bond Gala evening on Saturday. What really irritated us on Saturday were two things.

ur second annoyance, related to the first, is people getting up during a song to go to the loo or get a drink. Why not wait until the song has ended? Why not go to the toilet before the performance! Why not get your drinks beforehand as well? After all it is only an hour and a quarter long. If my bladder can last then surely yours can as well.

This sounds like a grumpy old man rant and I suppose to some extent it is. But why do people purchase tickets for an event such as the Henley Festival and then not have the respect to listen to the performers? Maybe it is time for the Henley Festival, at their new venue next year, to steward the event with a bit more firmness. People could be asked to remain in their seats during the main concert, with maybe a five minute half way break. Also ask people to respect their neighbours during the performance by turning off their phones and refrain from chatting. Any way I have got that off my chest.

It will be interesting next year with the Henley Festival moving to the Henley Business School. I know that many local people are against the move as they like to dine and drink in Henley before the Festival. And they can also walk home after a few drinks. The handling of traffic in and out of the Greenlands could be a challenge.

However Greelands is a beautiful setting and the Henley Festival organisers are going to have a lot more time to set up the Festival site. A few big headline acts for 2014 might help. But judging by some booing of Stewart Collins, the artistic director of the festival, there will need to be a big effort to attract festival goers to Greenlands in 2014.