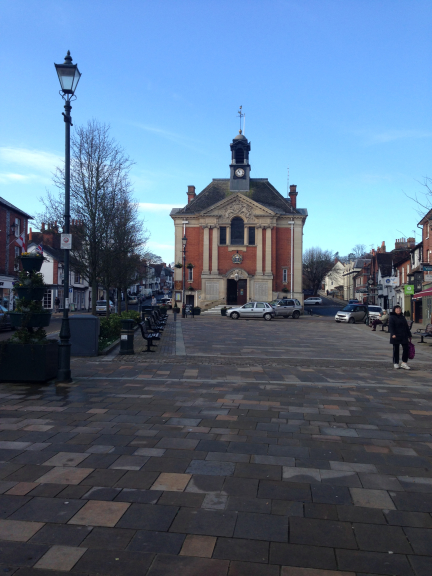 “Not in Henley surely?” How many of us have heard this said when we mention something in the town that doesn’t fit with the image other people have of the town?  My own brother said it to me shortly after we moved here when I said we had bought Fish & Chips. Yes we do have a fish & chip shop, in fact we have three.

So are any of us surprised by the comments we’ve seen online in forums and Social Media this week following the publication of “that letter” in the Henley Standard?  Of course as with anything there is some truth in the basis of what other people think of Henley-on-Thames. It has one of the highest average house prices in the UK and an annual event that like it or not is associated with privilege. However this isn’t the whole picture and the truth may surprise many people.

The Conservatives are not the main party on Henley Town Council

We have to start here as it was politics that prompted this blog. The majority group on Henley Town Council are in fact the Henley Residents Group. They “do what it says on the tin” and a very niche group with a range of political views.

The people of Henley-on-Thames did not vote for a member of UKIP.

The most common assumption/preconception of the last few days is that a councillor was voted in having stood as a member of UKIP. He stood as a Conservative candidate and was elected and sat as such until he quietly defected to UKIP last year.

Henley is a Conservative Heartland

Hard to argue with this one but the Henley Constituency covers a large area of South Oxfordshire including the towns of Thame and Wallingford. In common with much of the South of England outside of the major towns a conservative MP is elected. Of course we have had some colourful characters not least Boris Johnson who left us to rule London.

Not everyone who lives in the Town lives a privileged lifestyle.

Obviously a sizeable number of people live in houses that are larger than the national average. There is a fantastic choice of things to do with sports clubs, a theatre, a cinema and plenty of places to eat and drink and people make the most of them. There is also a brilliant community spirit.

People in the Town do not live in a bubble.

Lots of people are drawn to Henley as a great place to bring up their children or to retire. Lindsay McLoughlin wrote a blog about just that last year. However many people still work in London in which is why the 7.44am train from Henley to Paddington each morning is the most over-crowded in the country.

Henley is a great place to live and it is true that it doesn’t have the same issues as many other parts of the country. However to think that everyone lives the same lifestyle or thinks the same thing is a huge exaggeration and unfair to those of us who live here.