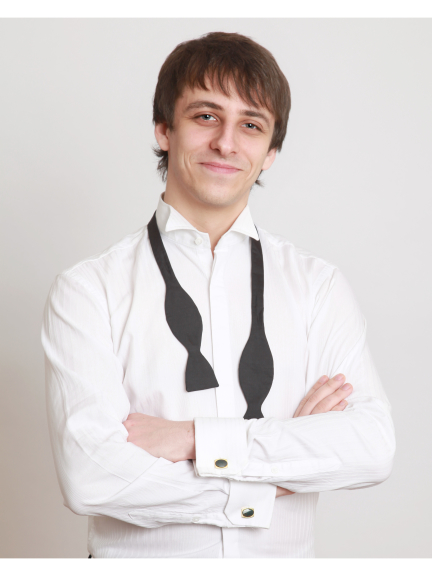 23 year old Music Director of Henley Choral Society, Benjamin Goodson, is making good on the promise to bring young musical talent to  Henley for their next concert ‘Shakespeare & Summer Songs’ at 7.30pm on Saturday 14th June at the Christchurch Centre.

Benjamin Goodson explains: ‘for this concert of beautiful songs and works inspired by Shakespeare I am delighted to be bringing four members of Amici Voices to Henley. This chamber choir, drawn from current or former Oxbridge choral scholars, is considered to include the best young voices in the UK.’

Soprano Bethany Partridge has just completed a music undergraduate degree at Trinity College, Cambridge. Described by Classical Journey as ‘dazzling’ and ‘supremely expressive,’ Bethany is soprano section leader in the National Youth Choir of Great Britain and a member of its selective chamber choir. Bethany already has a range of oratorio and operatic solo performances to her credit and has recently appeared as a soloist on a recording of A Festival of Britten. Abigail Gostick, Mezzo soprano, graduated in Music from Clare College, Cambridge, where she sang in the College’s world famous Chapel Choir. Abigail sang at the Choir Olympics in Bremen with the Berkshire Girls’ Choir and has toured America, Israel and Australia. Solo concert highlights include Handel Messiah (St Martin-in-the-Fields) and Duruflé Requiem (St Peter’s, Eaton Square),

Tenor Hiroshi Amako’s recent operatic roles include Phoebus and the Spirit in Purcell’s Dido and Aeneas, Snout in Britten’s A Midsummer Night’s Dream, and part of the Scat Trio in Bernstein’s Trouble in Tahiti.  Hiroshi also features as one of the soloists on two of Trinity College Choir’s forthcoming discs; he is currently a choral scholar at Trinity.

Baritone Jonathan Pacey is also a choral scholar at Trinity College, Cambridge. Jonathan has sung in venues such as the Royal Albert Hall, Cadogan Hall, and St John's, Smith Square, and appeared in Britten's A Midsummer Night's Dream  at Aldeburgh in 2013.

Chairman Melissa Maple explains: ‘we all love the major choral works, but, under Ben’s dynamic and skilful guidance we are delighted to be widening our repertoire to include more secular songs and varied works. Featuring Vaughan Williams’s Serenade to Music, Finzi Shakespeare songs, George Shearing Shakespeare songs, part songs and madrigals, this is an absolutely beautiful programme, largely of quintessentially English songs – just perfect for a summer’s evening in Henley!