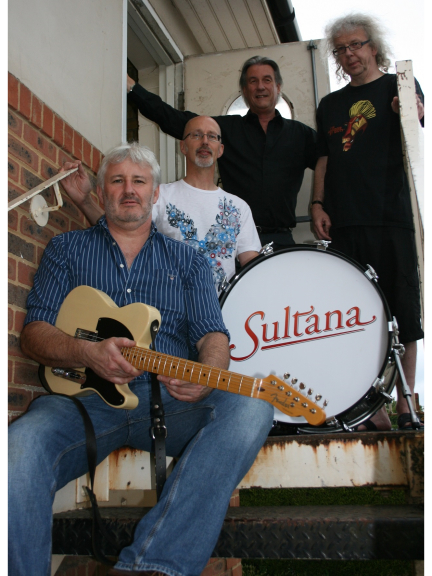 Music fans can hear hits from across the decades performed by rock covers band Sultana here on Wednesday, September 30 from 8pm.

The band will be bringing its ‘It’s only rock ‘n’ roll but you’ll like it’ show back to the bar, which will include a varied set of songs from across the decades from James Brown, through T Rex to The Kaiser Chiefs.

Sultana is made up of an accountant, a former Inspector of Taxes turned tax advisor and two solicitors.

The show is free so it is well worth coming along and checking out the band. Booking is advisable and can be done by calling us on 01483 453227.