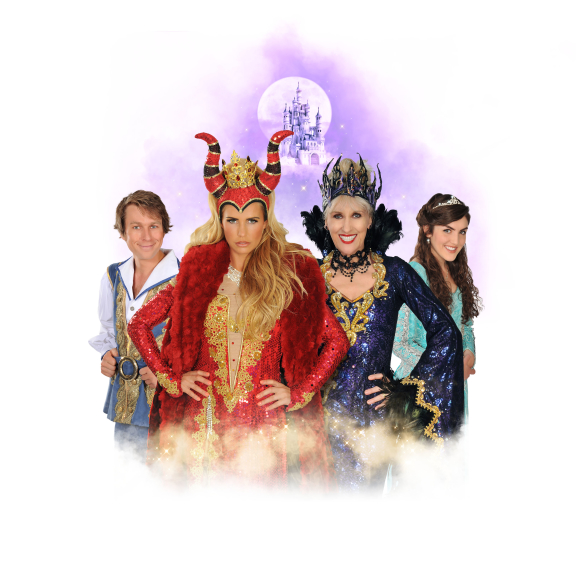 We are delighted to announce that Katie Priceand Anita Dobson will be sharing the role of the Wicked Fairy in this year's spectacular panto adventure, Sleeping Beauty!

Katie Price will be starring as the Wicked Fairy on performances from Fri 11 – Sun 27 Dec 2015.

Model, TV star, respected business woman and author, Katie Price will be bringing some glitz and glamour to Woking this Christmas, with stalwart of stage and screen Anita Dobson casting her legendary charm! They will be joined by CBeebiesfavourite Ben Faulks aka Mr Bloom as our green fingered Prince Charming and South African funny man Alan Committie as Chester the Jester.

Featuring traditional pantomime ingredients to delight audiences of all ages with glittering costumes, sensational songs, dazzling dance routines, and bags of audience participation guaranteed to keep you awake this Christmas!

Set your alarm clocks and don’t miss out on this year’s dream of a pantomime.

Includes a ticket and a Green Label Ambassador Experience (a drink at the bar from a selection).  An area can be roped off for groups of 10 plus to enjoy a party atmosphere. Please request when booking.

All offers are subject to availability and may be withdrawn without notice. Terms and conditions apply.