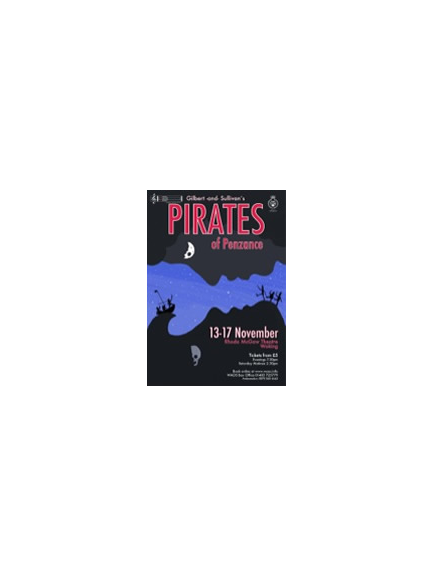 The Pirates of Penzance

The Woking Amateur Operatic Society brings you The Pirates of Penzance! The Gilbert and Sullivan opera was first performed in 1880 and tells the love story of an apprentice pirate and a Major-General's daughter, with - of course! - all sorts of hilarious mix ups along the way! This energetic 2012 production sets the opera in the 1930s and promises some exciting new interpretations of the original score and characters.

The WAOS has been established for nearly forty years and currently stages two productions a year at the Rhoda McGraw Theatre in Woking. The Pirates of Penzance is going to be a great family night at the theatre - click here to book your tickets!