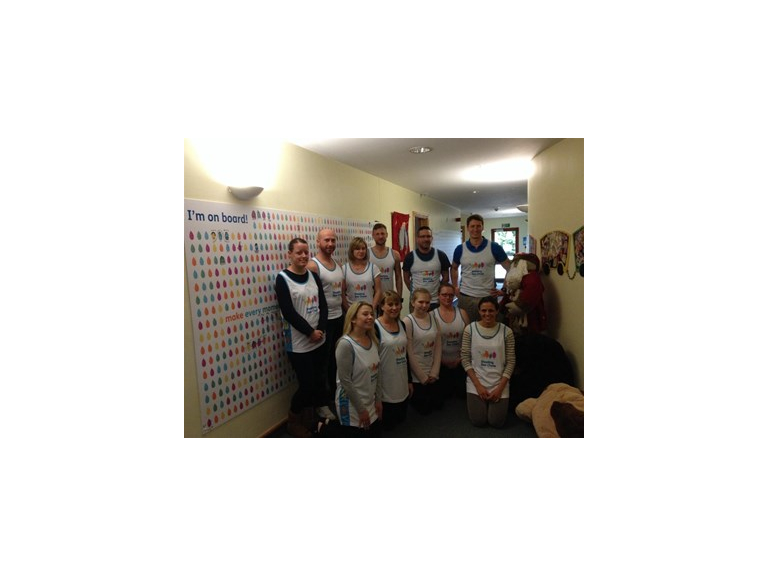 I have lived in Surrey all my life.  I come from a tight nit group of pals, many of whom I've known since childhood.  Over the last few years there have been some tragic circumstances where one of my friend's 3 year old daughter lost a long battle against leukaemia, while another friend's 1 year old daughter has been diagnosed with a life limiting condition known as Cri Du Chat.

Within all this upset, a local children's hospice, Shooting Star Chase, have provided absolutely phenomenal support to my friends, their children and their families.  Over time I have got to know what Shooting Star Chase do a little bit better - and it is utterly staggering.  They currently face their own challenge to meet demand of supporting 1000 Surrey based children who face terminal illnesses by 2018.

Consequently I am going to step off on 10 April and compete in the Marathon Des Sables, also known as the World's Toughest Footrace.  I'll be racing 257km over the Sahara desert, in 6 days, carrying my own equipment and food, in temperatures above 50c...  A considerable challenge, but very firmly framed in the context of Shooting Star Chase and the families they support...

I'm not a natural runner.  And after military service, I'm not a huge fan of the desert either!  But I cannot see any other way for me to gain support for Chase and what they are trying to achieve.

I was called forwards on a "reserve list" to compete in this race at relatively short notice.  Since being notified, I've managed a few long (30 mile plus runs), the odd event such as the wonderful Jurassic Coast Challenge, racing 28 miles along the Dorset Coast, and been supported by a stack of fantastic local business who are genuine experts in this sort of thing.... From sports psychology coaching at Guildford's Field of Fitness, to Precision Hydration, who work out of Surrey Sports Park, to the In2Yoga / In2Crossfit team in Farnham, who have helped me recently with acclimatisation work.  All have been fantastic, as have the local Surrey community in supporting my endeavours and Shooting Star Chase.

There are now two ways to support: by texting EDOL62 to 70070 followed by £3, £5 or £10.  Or to show a little more support and find out my race number / and how to track me across the desert, by logging on to : https://www.justgiving.com/Ed-OLeary

Ed OLeary would be extreamly greateful and thanks everyone for their support.